If you’re an adult who enjoys toys (especially smart toys), then you’re certainly not alone! I love testing and reviewing smart toys for Best Buy, and I’m also a bit of a collector of the slightly more mundane action figures. The point: Toys can be fun for people of all ages, and that’s exactly why today we consider some of this year’s top tech and smart toys that are heaps of fun for both kids and adults alike. Moreover, every cool toy on this list also makes a really great gift, and with the holiday season approaching at light speed, now’s the time to start scouting what’s available. Read on for the full story! 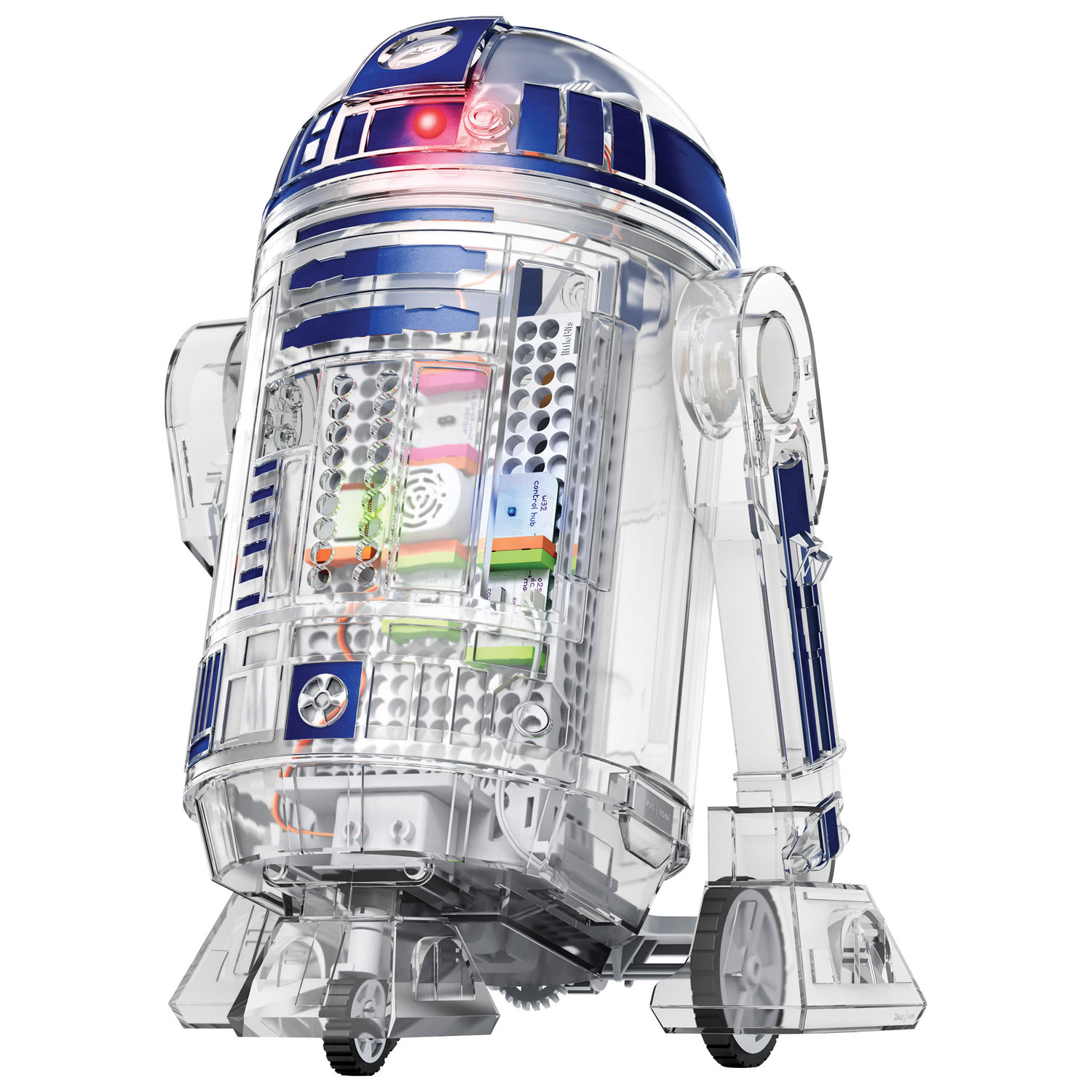 The first toy I want to look at today is great for adults, kids, or adults and kids that are working together. It’s the littleBits Star Wars Droid Inventor Kit, and it’s a fun build toy that parents and their children can put together… together, if they wish, or separately (if either has a bit of an independent streak). The littleBits Droid Inventor Kit is also great for current (and future) engineers as it includes all the parts necessary to build your own R2-D2. What’s more, once this bot is built, you can break out the littleBits Invent App and begin enjoying a ton of very cool features. With over 20 games and activities available, your R2 unit can draw pictures, dance around, navigate mazes, take selfies, and display authentic R2 sounds and movements, among many other things. Quite honestly, I’m on the cusp of buying this toy myself. I think it’s one of the very best items to come out this year! 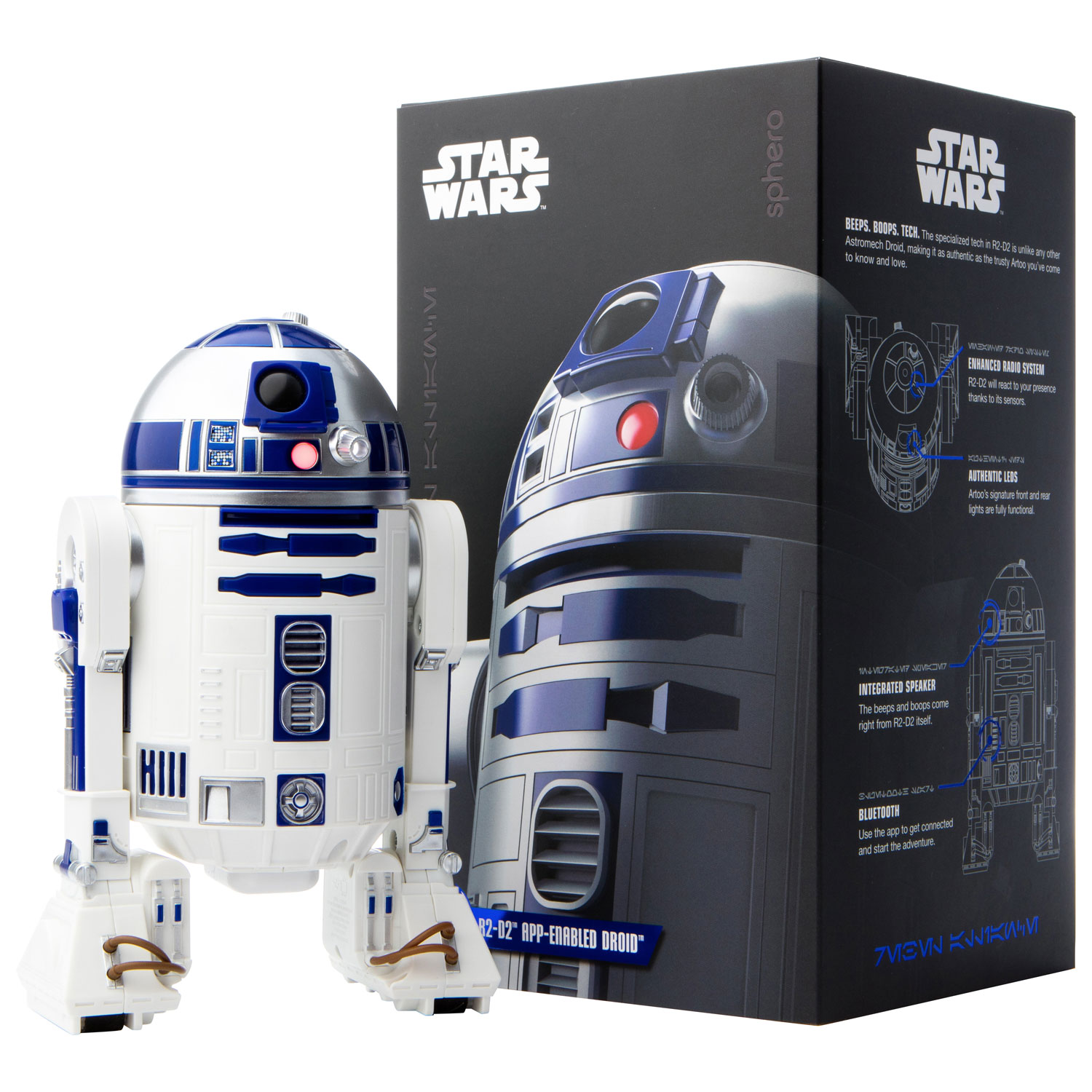 And speaking of everyone’s favourite Star Wars astromech droid, littleBits doesn’t exactly have the toy market cornered on this cool bot. There’s also the all new Sphero Star Wars R2-D2 App-Enabled Droid, which was just released on Force Friday to coincide with the upcoming Star Wars film, Episode VIII: The Last Jedi. I recently reviewed this R2, in fact, and I thought he was just brilliant! Most definitely one of the coolest toys that Sphero has ever released. Among his amazing features (via the Sphero Droids App) is the ability to take you on a virtual exploration/tour of the Millennium Falcon, the very cool Watch with Me feature (where R2 watches one of the Star Wars saga films with you and reacts to the on-screen happenings), and the ability to guide your R2 unit pretty much anywhere an astromech droid can roll via the controls on your device screen. R2 also features the iconic lights and sounds, as well as the authentic droid movements, that any R2 toy worth its salt is bound to possess. Easily as much fun for adults as it is for kids, the Sphero R2-D2 App-Enabled droid is one of the absolute coolest Star Wars toys to ever be released (not to impugn his good friend, Sphero’s App-Enabled BB-8, of course). But maybe Star Wars isn’t your thing? And that’s ok, because there’s always the Anki OVERDRIVE Starter Kit—an exciting racing set with self-aware supercars that you race in challenging scenarios that continually change and develop thanks to Artificial Intelligence and an ingenious design. With 8 possible track configurations to choose among, and 2 fast cars that are controlled by your smart device, Anki Overdrive is just about as exciting as it gets. After all, who doesn’t love auto racing with cool robotic cars? Whether you’re a child or an adult, there’s lots to appreciate with this cool set. Not the least of which is the fact that these cars are smart enough to continually learn new ways to improve their racing capabilities, along with the assurance from Anki of ongoing software upgrades that will ensure a continuous supply of racing excitement well into the future! 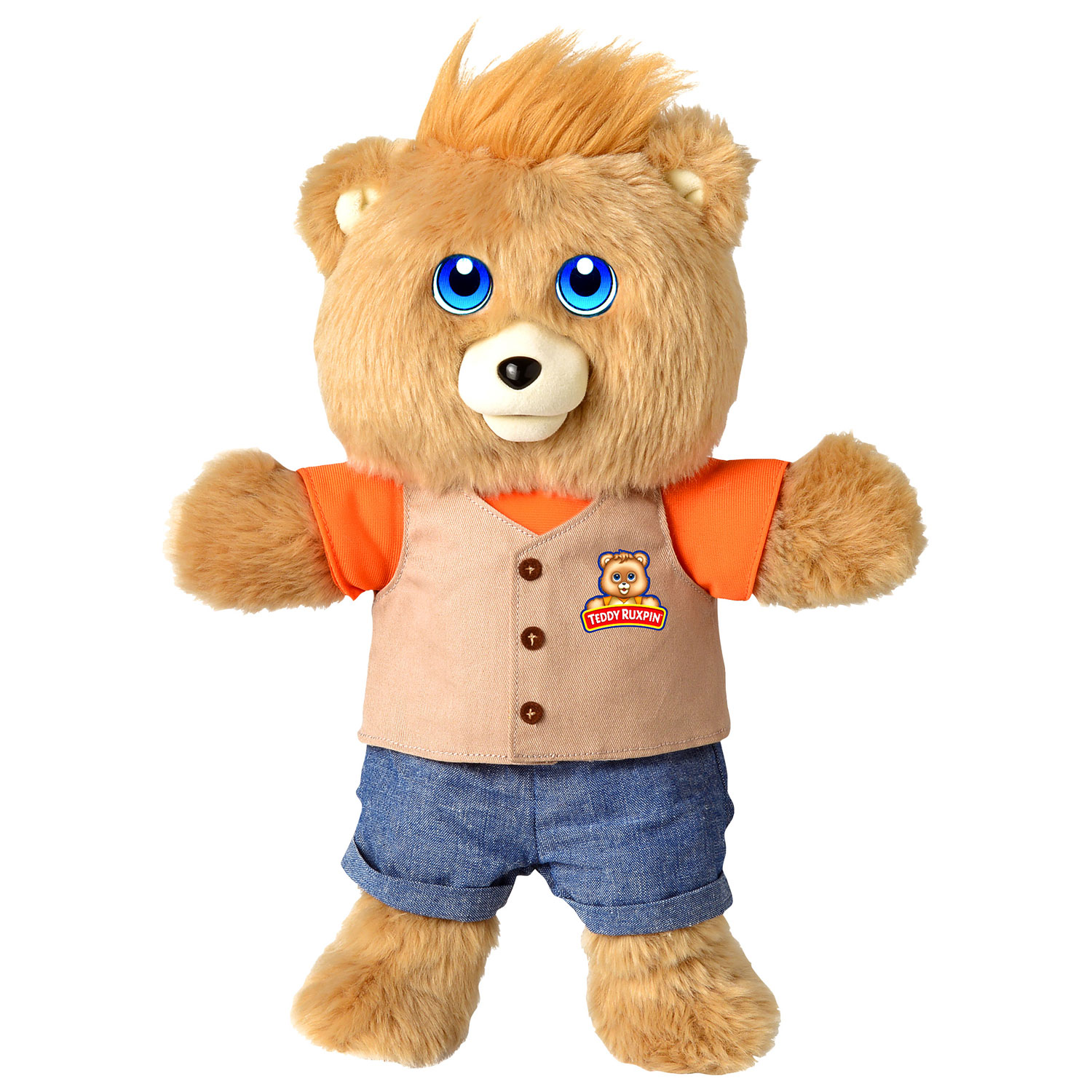 For those adults among us with a strong sense of nostalgia, it’s a good bet that just about now there’s a certain 1980s story telling bear that’s simply calling out your name. It’s the amazing Teddy Ruxpin 14″ Animatronic Reading Bear, who’s finally making his long awaited return to the land of the living after literally decades in hibernation. And this amazing bear is sure to thrill both adults and kids alike! For adult fans of the original Teddy Ruxpin, this smarter-than-ever version is sure to bring a massive dose of excitement. For today’s eager-to-learn kids, Teddy R is as educational as ever, teaching your kids to read along with him as he tells them fun and interesting stories that are sure to inspire them to become voracious future readers. This new version of Teddy Ruxpin has some other cool features as well—many of which hadn’t even been conceived of the last time this  elusive bear was sighted. For instance, Teddy Ruxpin syncs via Bluetooth to your smart device for control via a special app, and kids (or adults) can read along with him by viewing digital books on any enabled device. I’d like to see 1980s Teddy R try that! 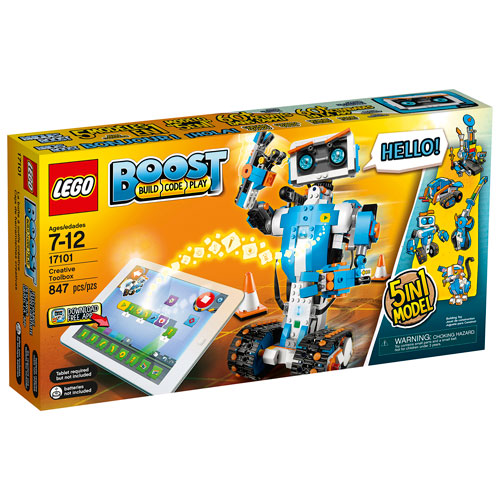 Finally, the last toy I want to mention that’s great for both adults and kids is quite possibly the coolest build kit that the geniuses at LEGO have ever come up with. It’s called the LEGO BOOST Creative Toolbox, and it’s most definitely a toy that’s on my own personal wish list this Christmas. And that’s because this amazing set actually has 5 different “official” build modes in one box—to say nothing of the infinite creations that you yourself may come up with. There’s a smart talking robot called Vernie, a friendly cat named Frankie, a special factory assembly line type thingy called AutoBuilder (that actually assembles its own LEGO creations!!), a funky military looking vehicle called M.T.R.4 (that is, Multi-Tooled Rover 4), and a cool instrument that actually plays real music called Guitar4000. What’s more, LEGO BOOST works with its own special app that unlocks unique features for each of these official builds, and, you can even practice and learn coding to program Vernie to move about as you command. In fact, there are so many features present in this amazing set from LEGO that I could easily spend an entire article discussing them. In many ways, the LEGO BOOST Creative Toolbox is the most imaginative and impressive toy on today’s list of smart toys. So for me there’s no doubt about it. I would simply love to get my hands on this one!!

But how about you? Which of today’s smart toys most interests and impresses you? I’d love to hear your selection (and other thoughts) in the comment section below, as well as what other awesome toys you think deserve to make our list of the top smart toys beloved to both adults and kids this year. If you’re having trouble thinking of any, there’s a whole slew of great ideas just waiting to be explored over at Best Buy. Take a look and then let me know what you think down below.