Samsung unveiled the latest two iterations of one of its flagships in the Galaxy Note10, plus a new smartwatch and tablet to round out a new product suite. This marks the first time Samsung has split the Note up into more than one device at the same time. It had always been a standalone device in one size. Now, there are two, the Note 10+ with its 6.8-inch display and the 6.3-inch Note10. The Galaxy Watch Active 2 takes things further from the first version launched with the Galaxy S10. A new Galaxy Tab S6 tablet puts Samsung back into premium territory, complete with S Pen support.

Not surprisingly, these phones have big screens. The Note10, with its 6.3-inch display, is almost the same as the Galaxy S10+ (6.3-inch) that came before it less than six months ago. The Note 10+, on the other hand, sports one of the largest screens on any smartphone. At 6.8-inches, it’s almost like holding a tablet. Except it’s actually not (assuming your hands aren’t too small). The bezels are so thin on these devices, the screen looks like it has practically no frame around it. Both have Dynamic AMOLED screens, which Samsung says produce less blue light without sacrificing colour. The front-facing camera has a small cutout in the middle at the top, not that dissimilar to the approach taken with the Galaxy S10. The processor inside is supposed to be up to 33 percent faster than the Note9, including a 42 percent boost in graphics performance. Samsung said gaming should be smoother on the Note 10 for those reasons, including a cooling system that works dynamically to keep it from getting too hot. I’ll have to test it to see how well optimized the phone is for that purpose. Storage also starts at the higher end. Both devices start at 256GB of storage, with an option to go up to 512GB on the Samsung Note10 Plus. Same goes for RAM, which is 8GB on the Note 10 and 12GB on the Samsung Note10 Plus. Battery life will be interesting. Both phones have large batteries on board, and they each support Super Fast Charging up to 45W. That’s when plugging in with a cable, and you can get to full power in just 30 minutes. They also support Fast Wireless Charging 2.0, so that looks to be better too. Lastly, Wireless PowerShare is back, letting you charge other devices wirelessly using the back of the phone.

The S Pen is the cornerstone of the Note series, and that’s the same here. The biggest news may not be a specific feature, but rather that third-party developers will be able to make the pen work with their apps. I’m referring to the non-contact points, where clicking a button or rotating it might support a certain feature or function on that app. One thing Samsung did show was converting handwriting into text and then moving it into a Microsoft Word document. There’s more and I’ll touch on that in my upcoming review. The pen is said to last for hours on a single charge, as opposed to the 30-minute limit imposed on it with the Note 9 last year. Further testing will bear that out.

Both Note10 devices have the same cameras the Galaxy S10 and S10+ have. The image sensors and lenses are the same, except the Samsung Note10 Plus adds a DepthVision sensor to improve depth of field. All of the lenses are arrayed in a vertical orientation along the edge, marking a big departure from past devices, which had them laid out in the middle horizontally. Interestingly, it’s unclear if anything has improved in actually shooting photos. The new features have more to do with other elements. For example, there is the augmented reality (AR) one that lets you doodle onto people and things where they stick to them. The DepthVision camera will let you use different levels of bokeh for video. It’s the same as how Live Focus will let you adjust blur in the background, only this time when shooting video. Scan an object with the camera in 3D and bring it to life, like the stuffed animal shown in the demo at Unpacked. Then there’s the S Pen, which lets you control more of the camera without touching the phone. Cycle through modes, switch lenses, choose between the front and rear cameras, or zoom in. There is an interesting level of control here, but I’ll be curious to test it out in the field to gauge how responsive it all is.

I’ll talk about this more in my review, but the gist is this: you can now use Samsung’s DeX mode with Windows PCs and Apple Macs. Plug in via USB and the Note10/10+ operates in tandem with Windows 10 or MacOS. The one catch is that you need to be running Windows 10 on the PC for it to work. I’ll be confirming what the minimum specs are for Macs. Other than controlling apps stored on the phone, the mode will interact with Office as well. Write notes on Samsung apps, and then transfer them over to Word, for example. Images in Samsung Gallery can then go to OneDrive for cloud storage. Send and respond to messages right from your computer. The partnership with Microsoft will eventually lead to making and taking calls later this year. Microsoft CEO Satya Nadella joined the launch event in person, touting the advantages of the new partnership with Samsung and how the Note10 will “just be the start” of more things to come. He didn’t elaborate further, but it appears the two companies have something else in mind moving forward.

The newest smartwatch is very similar to the previous version, especially when it comes to the Tizen operating system it runs on. From a cursory hands-on, I didn’t notice much of a difference. It’s the aesthetics that are unique. The biggest one to me was the two sizes. The 40mm is small and svelte enough to look and feel comfortable on smaller wrists. Women may also like the slimmer design. The 44mm is bigger, but not much bulkier, keeping its own level of compact design. Samsung did manage to bring back the rotating bezel, albeit in a touch-sensitive form. As I slid my finger around the bezel, I felt the haptic feedback of each move, almost like the physical click of previous watches. It seemed responsive, but we’ll see once I test one out. Samsung says the watches will come in aluminum or stainless steel, in cloud silver, aqua black or pink gold with a rubber band, or with a leather strap that will also include a gold variant.

The newest Samsung tablet takes things beyond just consumption, trying to bring productivity into the mix as well. Samsung brought back the S Pen as a tool to make that possible, and tried to solve a nagging issue. The pen attaches to a magnetic indent in the back, which doubles as its wireless charger. Sitting there for 10 minutes will give the pen 10 hours worth of use. Some of the gesture-based controls seen in the S Pen for the Note 10 are active here as well. Samsung also put dual lenses in the rear for the camera, though I’m skeptical on how well they’d shoot. The 10.5-inch Super AMOLED display, however, is vibrant and gorgeous. Plus, the same AKG-tuned speakers and Dolby Atmos support come into the whole package. Look for a full review of this interesting tablet in the coming weeks. 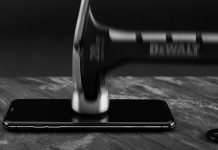 Screen protectors are the best way to protect your phone 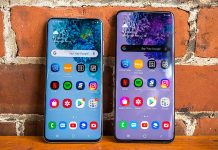 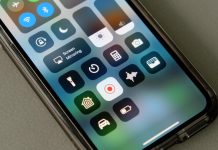