The Samsung Galaxy S20 FE straddles the line between flagship and mid-range, offering some premium features and design at a lower price.

The Galaxy S20 FE is Samsung’s fourth phone in the S20 lineup for 2020. The S20 Ultra was the premium model in that trio, while the S20 and S20+ were the alternatives. Of the three, the S20+ was arguably the most compelling, and that’s why it wasn’t surprising to me that the FE—or Fan Edition—variant followed it so closely.

By putting the word “fan” into this, Samsung is saying this phone is for everyone. It’s supposed to cater to a larger subset of users, and if that includes you, this may be a good choice.

Right off the bat, I will point out that this phone has a flat screen, which is great. I’ve never liked curved displays, and it’s good you won’t find one here. The 6.5-inch Super AMOLED is quite nice, and very bright. Surprisingly, its hole-punch cutout for the front-facing camera is actually smaller than the other S20 phones.

Samsung carried over the 120Hz refresh rate from those devices to maintain the same kind of navigational fluidity. The optical fingerprint sensor is nice when it works, annoying when it doesn’t. I often had to place my thumb on it more than once to register. Weird, considering how responsive the display was otherwise.

On the back, you get the same kind of plastic Samsung used in the Galaxy Note20 (not the Ultra). Plastic had a bad name for a while in the smartphone arena, but I think that’s changing now. This didn’t feel like cheap plastic at all, and I appreciated how it resisted fingerprints and smudges. Next to glass, this thing rarely needed a dry wipe with a microfibre cloth. Samsung calls it “Haze” and I can see why now because it’s really matte, which does also subdue the phone’s colour. My cloud navy review unit wasn’t as flashy as the S20 FE’s other colours.

The rest of the basic specs are a mishmash of the other S20 devices. It’s the same Snapdragon 865 processor, only you get 6GB of RAM and 128GB of internal storage. You do have a microSD card slot you can expand up to 1TB.

You don’t get a headphone jack, despite the lower price. The camera bump on the back isn’t as big, so the phone has a flatter look. But it’s nice. There’s really nothing about the device that looks or feels cheap, by any means. As with anything that cuts things down, the Galaxy S20 FE won’t be exactly on par with the other S20 variants. It limits screen resolution to 2400 x 1800, which is why the 120Hz refresh rate isn’t variable. Once you turn it on, it’s always there. Frankly, the display looked fine to me, especially since I downgraded resolution on those other devices because the refresh rate didn’t work on anything higher.

And if you are a fan of the curved screens and the Edge Display Samsung uses with them, fear not. The edge panel does slide out, and you can see it with a drawer that appears onscreen. You can also run Samsung DeX from the device, if you like using that feature.

The trade-offs here won’t feel strenuous if you have modest needs. I faced little trouble multitasking on the phone, so long as I didn’t stretch it too far. And by that, I mean streaming video, while downloading something and keeping 10 apps open. For basic tasks, the S20 FE was perfectly fine. Social media, messaging, browsing, email, streaming, phone calls, ordering takeout—it handled them just fine. However, you will find some lag with split-screen views and other collaborative tools.

You may not feel the same smoothness throughout like you would with the others, particularly when playing certain games, but that’s a particular trait. More serious mobile gamers wouldn’t want something like this anyway. Some of that lower horsepower does play a role in the camera’s performance. For one, the camera won’t launch with quite the same speed. And for another, it slightly lags when switching modes or lenses. It’s a minor thing, but when you’re accustomed to phones and their cameras like I am, you notice these things. The reason they matter is because Samsung has always hyped its ability to launch and shoot quickly. You will have to be more aware in this case.

Photo quality will be fine, given the S20 FE is capable of taking great shots under good conditions. There’s a clarity and vibrancy to some images that you’d expect from a Samsung handset. Other times, however, output isn’t as good. Even though Night mode is available, the image sensor’s smaller size and whatever computational algorithms Samsung uses conspire to ruin most shots. If it’s a low-light or night shot with a fair amount of ambient light, you will be okay. If not, expect a noisy shot.

Many of Samsung’s modes are here, including Single Take, Live Focus and Pro, among others. So, you’re not limited entirely in what you can do. But you will need to be creative as the S20 FE does less work than the others do.

That includes video, which you can shoot in up to 4K. No 8K here, which is really not a loss. Footage isn’t bad, though again, you should shoot in more optimal conditions. Pro Video is included, in case you want to take a little more control that way.

The Galaxy S20 FE is excellent on battery life. I breezed to 48 hours on very moderate usage. If I was streaming more video and on voice calls, I would still get into the next day without a problem. It reminded me of how effective the S20 and S20+ were that way, only the FE is better. Even with 120Hz refresh on, the battery was a beast.

One thing that might irk you is that the charger in the box is 15W, not 25W like it is with the other models. That means a longer recharge time, though you can plug this into a 25W charger if you have one. You could also go the wireless charging route by placing it on any Qi-enabled pad, dock or surface.

The S20 FE is 5G-compatible, but I couldn’t test that because I didn’t have access to a 5G network while testing it. Look for it to be bigger deal sometime in 2021, as the rollout is very much in its infancy at this stage.

While a phone of some compromise, the Galaxy S20 FE doesn’t have it all, but it’s still got plenty. It’s the kind of device that I can see checking the right boxes for many users. It works well, stays consistent and is just good enough in important areas to make it a viable option. 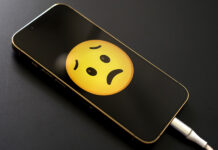 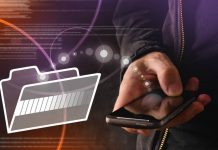 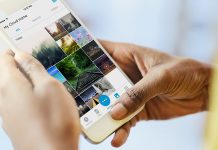