The 2019 CES in Las Vegas, Nevada has just wound up, and we can now safely say that an absolute barrage of great new technological gadgets and devices were unveiled at this year’s show. One category of products that simply never fails to innovate is smart displays and speakers. Join me today for a look at some of the major developments in this area in this summary overview article. While I can’t guarantee which of these devices may or may not come to Canada, we usually do get our fair share of goodies, so I’ll mention as many of them as I can to give you a good idea of what to keep an eye out for. Let’s get started.

One of the most exciting smart displays to come out of this year’s CES convention is the KitchenAid Smart Display. This clever device may look just like any other smart display, but it offers a number of unique and useful features for those that love spending time in the kitchen.

For instance, you’ll have access to a wealth of great recipes, complete with step-by-step instructions on how to follow each one to perfection (not to mention helpful shopping lists).

You’ll also enjoy some level of hands-free (after all, you may be handling raw chicken or something) smart home control with your KitchenAid Smart Display, and home cooks will just love the “central hub” that’s designed to enhance one’s culinary capabilities. At this point, it’s not exactly 100% clear what all that entails, but it sure sounds exciting.

Note: Shelly Wutke covered the KitchenAid Smart Display as part of her KitchenAid CES announcement article right here on the blog just a few days ago, and she discusses a number of details about the device that are different from what I’ve mentioned here, so go ahead and check out that report if this display interests you.

Another cool product being fully unleashed at this year’s CES (an early prototype was shown last year) is the GE Kitchen Hub—a 27 inch smart display screen (featuring the Google Assistant) that mounts above your kitchen stove and helps you with all kinds of cooking tasks, along with streaming your favourite entertainment services (such as Spotify and Netflix) as you cook. If you were thinking that that sure sounds cool, you’d be absolutely right!

Among the other useful features of this highly innovative device are compatibility with (and control over) numerous other smart home devices (everything from your smart lights to your smart thermostat), a pair of HD cameras for doing things like video calling as you cook or taking top-down shots of your delicious culinary creations, and complete access to Chefling—the AI virtual chef, among many other benefits.

Shelly Wutke has also recently covered the full details of this product in a thorough blog announcement, so click here for that complete report and to learn all about the GE Kitchen Hub.

Back at it again with a new smart display are the good folks at Lenovo. This time they bring us their new Lenovo Smart Clock, which is also discussed here on the blog in an announcement article by Brad Moon on Lenovo’s various unveilings from this year’s event.

Among the specs of this clock are a 4 inch display screen (with 800 x 480 resolution), built-in Google Assistant, and a modest 3 Watt speaker—this thing is small, after all.

What I particularly like about it, though, is that it has no built-in camera. This may be a drawback for some, but for a device that’s meant to reside in the bedroom, I’m just as well satisfied that it doesn’t have a camera to accidentally snap a shot of me changing.

What you do get though is 8 GB of storage space along with a single Gig of RAM, as well as a sort of sunrise mimicking effect whereby the clock slowly brightens its screen and colours towards wakeup time to help you ease into your day (i.e., wake you up more gradually). That feature definitely seems cool.

And, of course, you can ask it all kinds of questions, as with any Google Assistant, though watching YouTube videos does seem to be a no-go on this one due to the small size of its screen (i.e., some screen-reliant functionality has been left out of this clock). Oh well, you can’t necessarily have everything. Even so, it is a nightstand clock, and a pretty cool one at that!

Note: Lenovo also came up with a new smart tablet (called the Smart Tab) that docs into is own smart speaker (shown above). This 10 inch tablet features Amazon’s Alexa (as opposed to the Google Assistant that resides in Lenovo’s other smart displays) and performs much like the Amazon Echo Show. It should be very interesting to see how this device is received by consumers seeing as how Lenovo’s other smart displays work with Google.

While the above smart displays/speakers are among the most interesting examples to be  unveiled at this year’s CES, several other similar products were also announced at the show.

These include a new Alexa-enabled smart speaker from Asus called the Asus Lyra Voice, which, in addition to its capabilities as a wireless smart speaker, also functions as a mesh network router—which should certainly prove interesting.

Similarly, the Klipsch Bar 48W (a 48 Watt sound bar for your home theatre entertainment system that carries the sound capabilities of multiple speakers) can support either Amazon’s Alexa, the Google Assistant, or Apple’s AirPlay, giving you many great options for a smart sound bar speaker. You can see Klipsch’s existing speaker lineup by visiting Best Buy Canada right now.

While we can’t quite be sure which (or how many) of these excellent smart displays and speakers might be coming to Canada and Best Buy this year, there’s a pretty good chance that a lot of them will, so visit the Best Buy Canada Blog often for more announcements, information, and hands-on product reviews as details continue to flow in.

Find all of the Smart Displays and Smart Speakers with Screens that you could ever want or need at Best Buy Canada today. 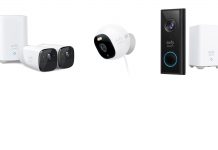 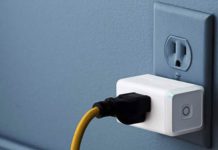 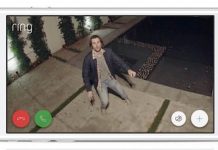