Eurocom’s laptops are kind of like the Clark Kent of the computer world. It appears all meek and unassuming until you get a closer look and realize it’s supercharged in a suit. I admit I didn’t know much about the brand until I started reviewing their laptops but they’ve become a big fixture in my household now. My wife liked what they brought to the table so much that she just bought a Pro P7 and it was around that time that Eurocom knocked on my door again and dropped off the Monster 4. As with all previous Eurocom builds, the Monster 4 looks like any other work laptop until you realize what’s inside, and that it has just loaded the game “Fallout 4” and is ready for a hardcore gaming session.

The Eurocom Monster 4 (system specs to the right) is a part of the new progressive generation of the lighter working class gaming laptop. That’s not really a thing. I just made the term up. What I mean by this, however, is that it’s part of the new movement that says that you don’t need to have carry a laptop the weight of a small toddler anymore in order to play your favourite games. Not only that, but it can join you in the conference room ready to give off presentations without giving itself away as a gaming rig. At less than 4.5 pounds, the Eurocom Monster 4 is about neck and neck with my own company issued laptop that I carry around with me throughout the work day.

I often sing the praises of Eurocom’s “conference and games room” look and this is no exception. You can quite literally use this for both work and play. The Monster 4 comes with 4 USB 3.0 ports adorning the sides and its DisplayPort means that it can plug into external monitors without incident. The only problem you may have with your work day is the battery life. As we come crashing down from our high, I remind you that this is a gaming laptop and we’re still waiting on a laptop battery that charges itself the harder you game (Elon Musk, are you reading this?) You’ll get around 3 ½ hours out of a full charge for professional life. The average gamer’s mileage will vary. Expect a couple hours if you’re playing on standard settings but a significant decrease if you’re trying to max out settings.

Here is a look at how the sides of the laptop look with the mapping of the various ports.

Looking at the external hardware itself, the Monster 4 is well built. The keyboard is great for a gaming laptop. It will feel a bit out of place when you’re doing work and typing emails. However, once you get down into gaming on it, it all makes sense. The keys are very responsive and are spaced well enough that you will definitely have no problem mapping and multitasking. As you can see by the photos, there is no number pad. It shouldn’t come as a surprise since this is only a 14 inch screen, but if a number pad on your next laptop is an absolute traveling must, it automatically disqualifies this from contention. You should be looking at bigger models like the Pro P7. You’ll get a kick out of the display. It’s a very crystal clear 1080p experience and it’s great to sit and watch anything on this. It’s definitely up there with any of the laptops I’ve reviewed that clock in at double the price range.

One of the more intriguing things I always get to test out on review laptops is Wireless capability. Since the laptop literally comes with nothing for me to play, I have to download my testing material. Nearly every title (more than a half dozen) took very little time to download. It was far faster than my own laptop. I had a few hiccups downloading Assassin’s Creed: Unity, but I’m willing to attribute it to my less than world class internet connection.

Naturally, the main attraction of a gaming laptop is, well, how good it games. I always start out by playing some Bioshock Infinite because even though the title is now 3 years old, it still gives any graphics card a run for its money with its multi-layered texturing and just the mass mayhem that always seems to be happening. Here are a couple of screenshots I took at Soldier’s Field. 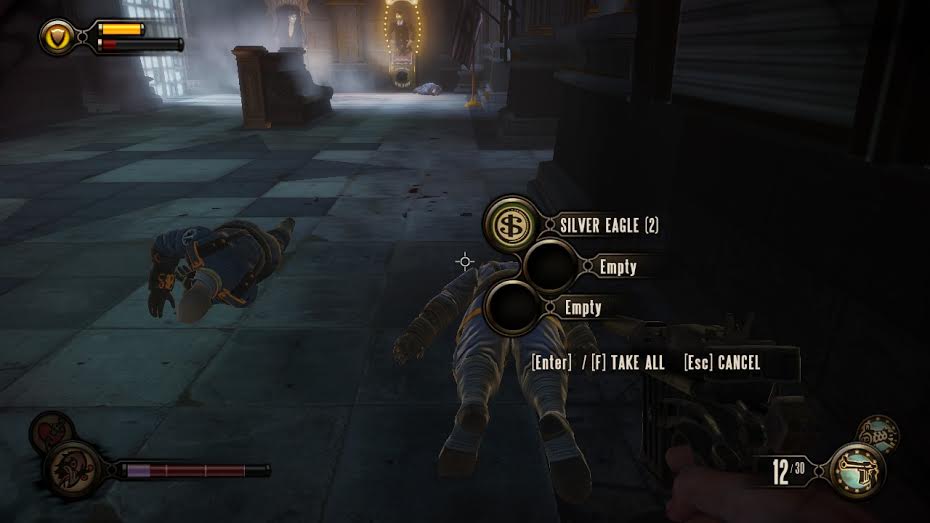 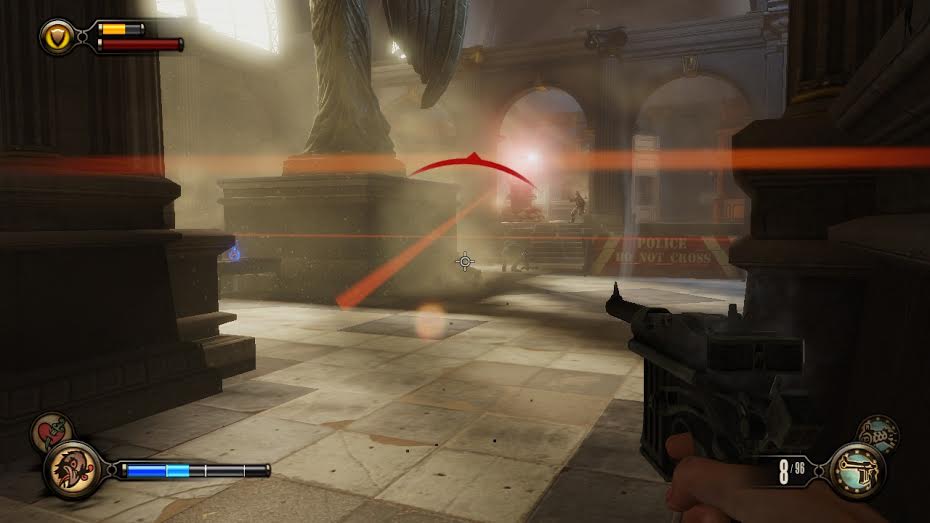 The game ran beautifully at 60 FPS, though you’d probably expect nothing less of a title this age now. On a side note, I’m still horrible at this game. When it comes to FPS games, I have the deadshot accuracy and manic nature of a Stormtrooper at best.

The next title of note was Assassin’s Creed Unity which has always been a bit of a weird PC title if only because of the weird behaviors it evokes from laptops. I rarely make mention of the fact that this title is one that I usually download and play if only because it always seems to glitch out. Whether it’s the launch day shrunken screen glitch that is too much or the sound card fighting it, I don’t usually like to play it as a tester title. I went against my best judgement here and actually came away quite surprised and able to play it as-is. Here’s an early shot of the first mission where it plays at 30 FPS. All my previous saves went up in smoke so I had to start again. 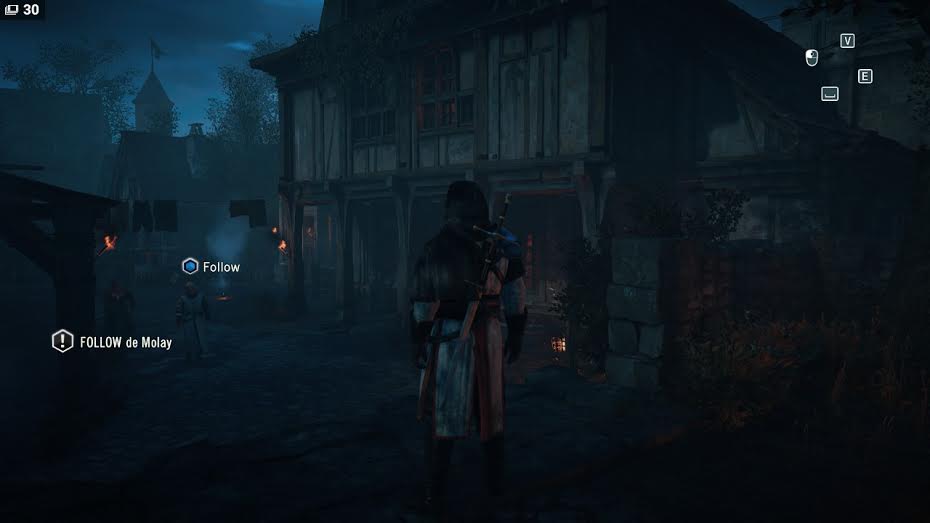 I mixed in a few other titles for kicks before I got the big ticket item: Fallout 4. The thing I like about Fallout 4 is that it’s still new, still current and it really separates the contenders from the pretenders. In fact, when my wife was buying her new laptop, one of the requirements was that it had to run the game well out of the box. The Monster 4 does, which honestly is surprising for a laptop in this price range.  While Fallout 4 runs on low settings, the game did not crash once and ran at an uninterrupted 60 FPS throughout. Why is that of importance? There appears to be a problem with Fallout 4 accepting NVidia graphics cards. It’s an oft debated topic on all of the Fallout 4 topics and it seems that it’s problematic worldwide. Thankfully, I didn’t have any such problems here and assume you won’t either. Here are some screenshots of the game, including a look at the water textures. You’ll probably notice a bit of detail quality loss on the loading screen but as you can see, the in-game experience is still great. 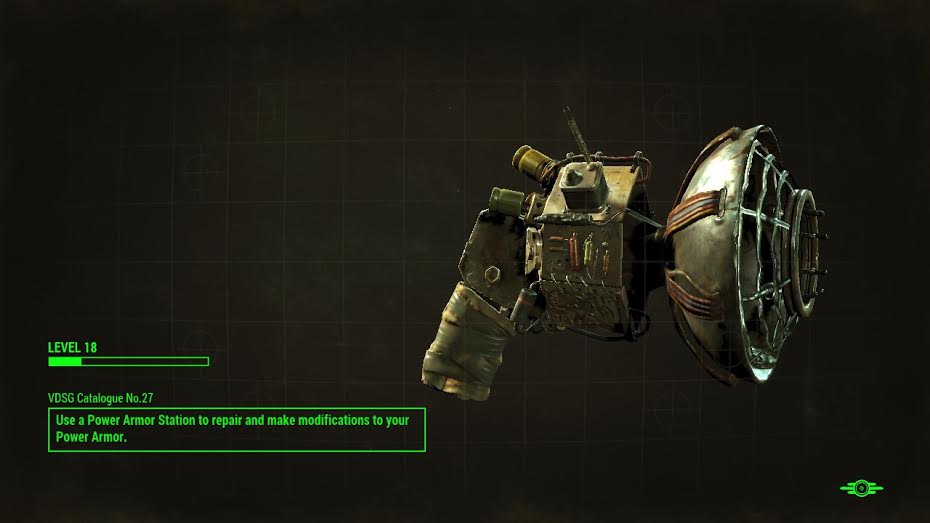 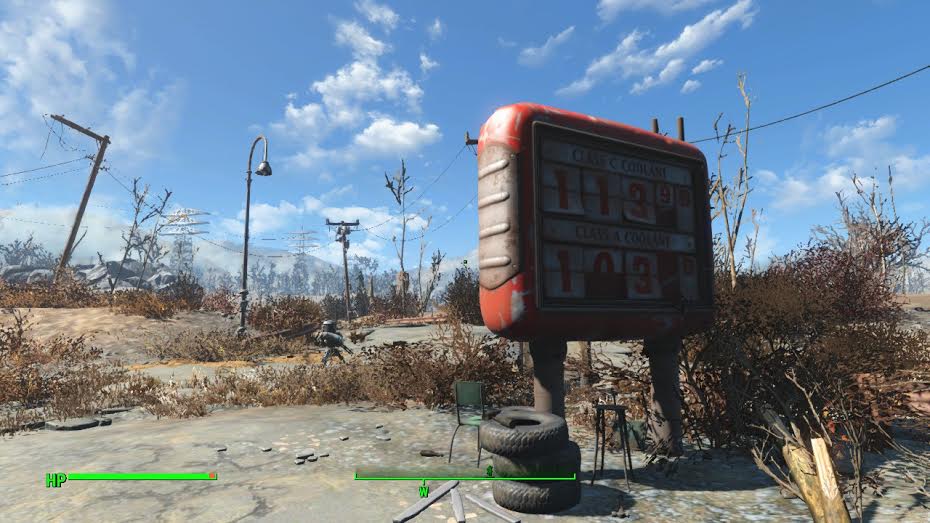 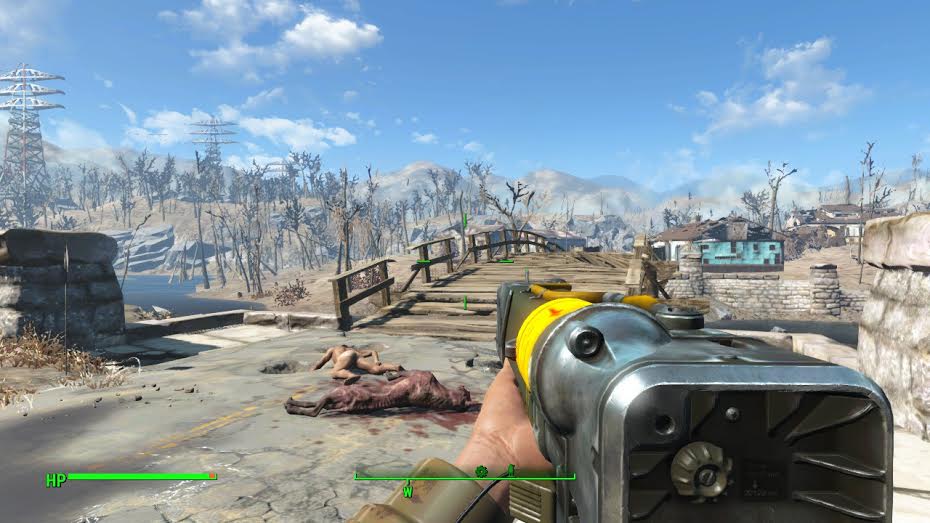 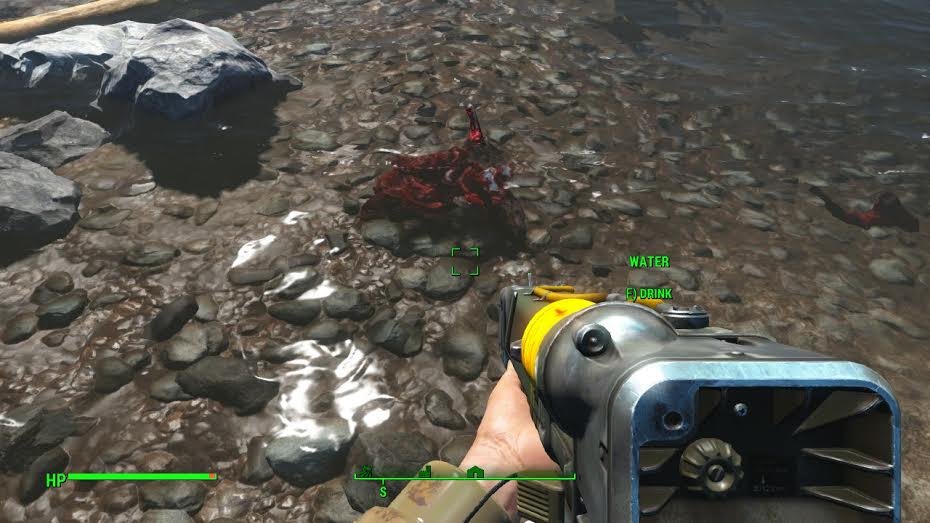 Perhaps my only gripe with this laptop is one that you’ll likely share with me but cannot control. This laptop is a bit noisy. It actually makes as much noise as my desktop does. Considering that a lot of Eurocom’s competitors have found a way to all but silence performance (and I don’t remember their other laptops making this much noise,) I was a bit surprised at how loud this was. I mean, we’re not talking blaring car alarms or babies crying levels of noise, but it’s comparable to the way gaming laptops sounded 4 or 5 years ago. I’m also not the biggest fan of power plugging into the back unless the the laptop exhausts heat out the side. Unfortunately, both are located in the back. Fortunately, I didn’t encounter any heat issues throughout my time with Monster 4 and really, I’m a bit sad my time with it has come to an end.

As a former mixed martial arts writer, the community seemed to be obsessed with pound for pound rankings. I never liked that scale but if I port the idea here on a “dollar for dollar” basis, the Monster 4 has to be a contender. Without breaking the bank, you get high performance out of the box that should curb your gaming urges right away. You can get the Monster 4 and many other Eurocom models now at Best Buy in the following models: