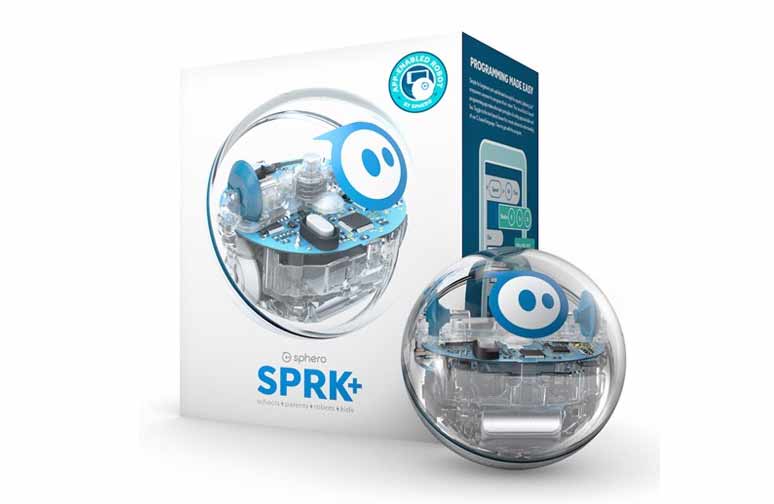 You may be familiar with previous Sphero products, like Ollie, the App-Controlled Robot, and BB-8, the App-Enabled Droid (the popular new droid character from Star Wars: The Force Awakens). If this is the case, then you likely already know how clever Sphero toys are, as well as what they can do. If you’re not yet familiar with the Sphero brand, today’s review of the all new Sphero SPRK+ is a great place to start learning. The SPRK+ is coming soon to Best Buy Canada, so keep on reading of you’d like to discover an advanced robotic toy that’s both fun to play with and offers significant educational value. As per the SPRK+’s motto: “Learning is evolving. Get on the ball.” 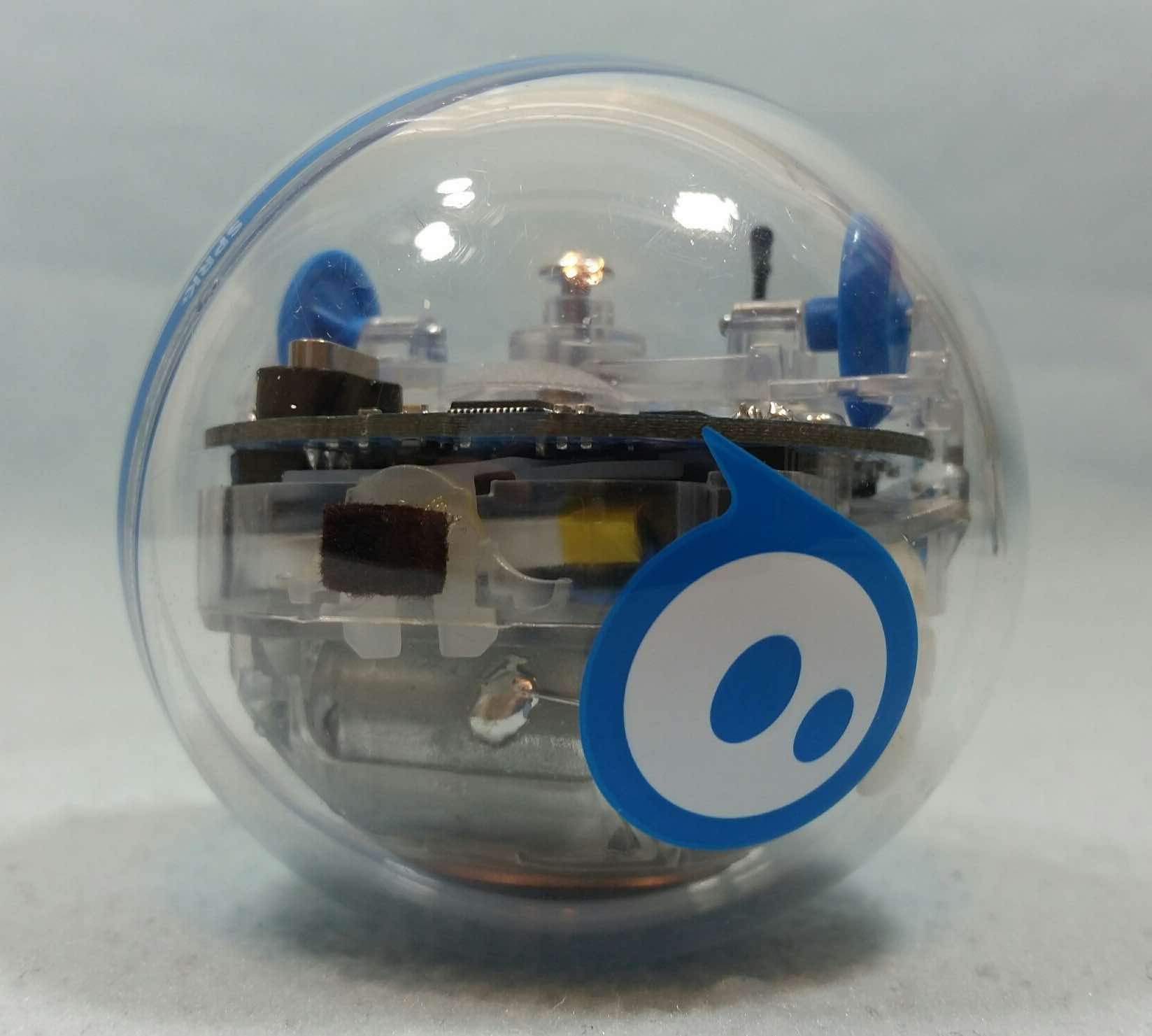 The Sphero SPRK+ is very similar to the Sphero SPRK Edition App-Controlled Robot that emerged several months ago as a breakthrough educational toy. If you’re already familiar with the Edition, then you’re at a great advantage in learning about the SPRK+, which builds on the existing concept by adding in a few more bells & whistles. Powering the lot is the Lightning Lab App, which allows your child to write computer code algorithms that command the bot to perform all sorts of fun and creative tasks and tricks. Among the SPRK+’s many talents are the ability to mimic our solar system, to perform colourful light shows, and even go for a swim (that’s right, this ball is even waterproof!). Of course, this list barely scratches the surface of the SPRK+’s abilities. What’s truly remarkable about this robot is the contribution it can make to your child’s education. While the earlier SPRK Edition focused purely on the STEM subjects (science, technology, engineering, & mathematics), the new SPRK+ adds to this concept by broadening the acronym to “STEAM”, where the “A” stands for the liberal arts. This inclusion brings such attributes as creativity & critical thinking to the fore, thus helping to produce a generation that’s not only successful in the key STEM fields, but is also made up of very well rounded individuals. 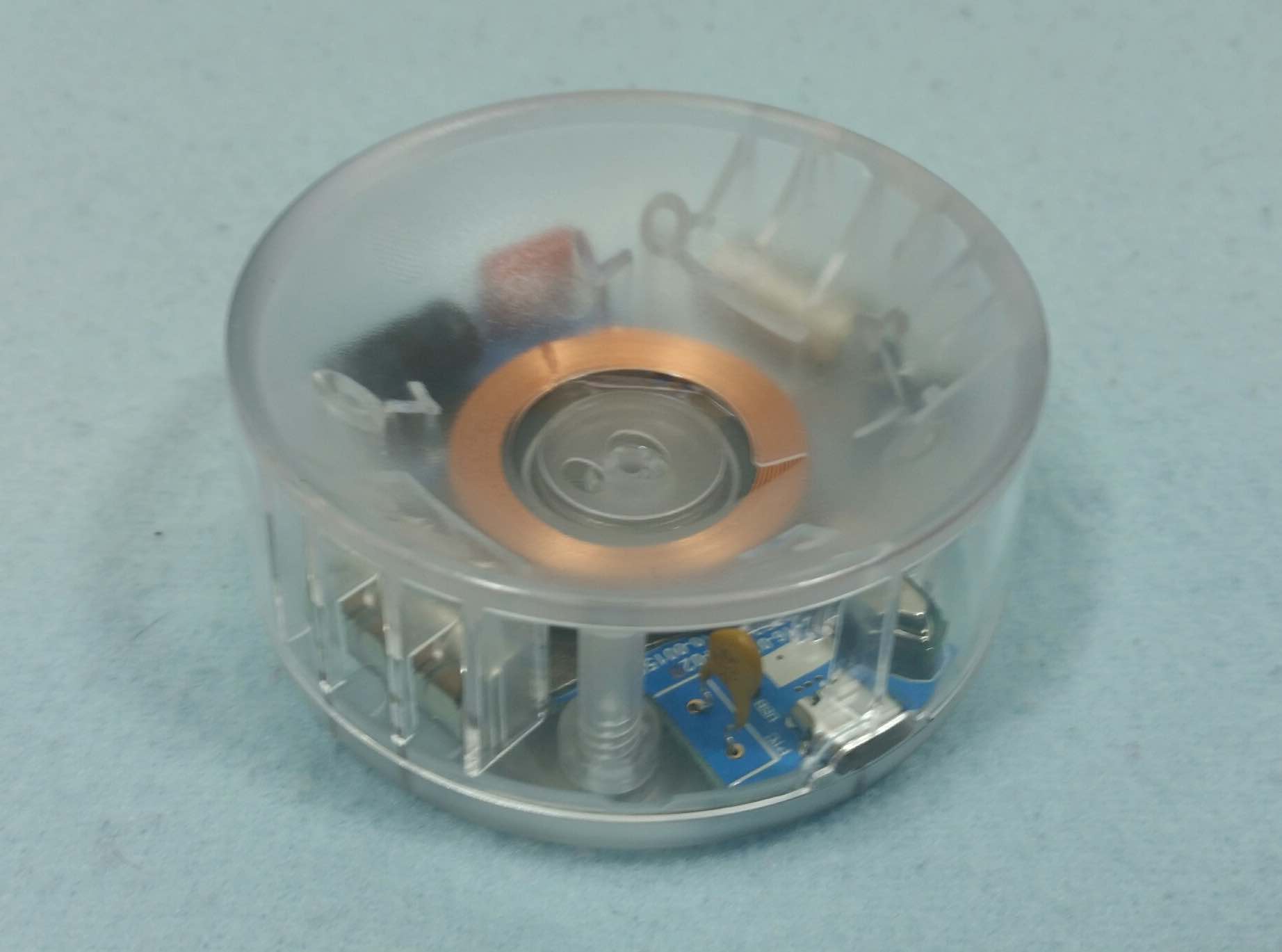 – The ability to roll at over 4.5 mph (that’s an impressive rate of 2 full metres per second)
– The Lightning Lab App. & firmware that periodically update to bring you new and exciting features ( the Lightning Lab App. is free to download to your smart device from either The App Store or Goggle Play—as well as at the Kindle Store) 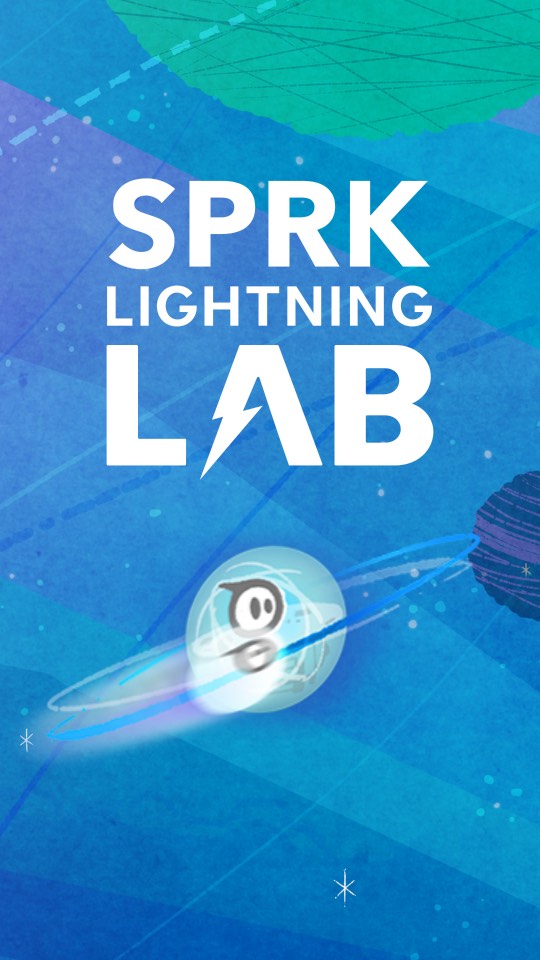 Getting started with the SPRK+ was quite a bit easier than I remember it being with the Ollie that I tested some time ago, and the pairing part was especially easy. Thanks to Bluetooth Smart, all I had to do was hold my smart phone somewhat close to the fully charged ball and it immediately made the connection. This, of course, was after having downloaded and started up the Lightening Lab App., which is very intuitive and straightforward to use when first getting started (you can see a screen shot of the app’s opening screen at left). I remember having quite a bit more trouble getting the Ollie to pair previously, so this time it was a relief that everything went so smoothly.

Once I selected my Sphero product from the list (you can use the Lightening Lab App. with other Sphero bots as well, like the SPRK Edition, the Sphero 2.0, & Ollie), you make other selections (such as the colour you’d like your SPRK+ to glow in, and the speed at which it will roll, etc.), and then you’re ready to go. I personally enjoyed just rolling the ball about and seeing how well I could control (steer) it at its top speed of 4.5 mph (see the photo gallery below for a screen shot of the colour selection palette [for choosing a light-up colour for your SPRK+] & steering control panel—the circular pad with a blue button at centre for easy, single-finger steering). It was certainly a lot of fun playing with the SPRK+ in this way, but the real adventure begins when you start using its programming and code writing features. 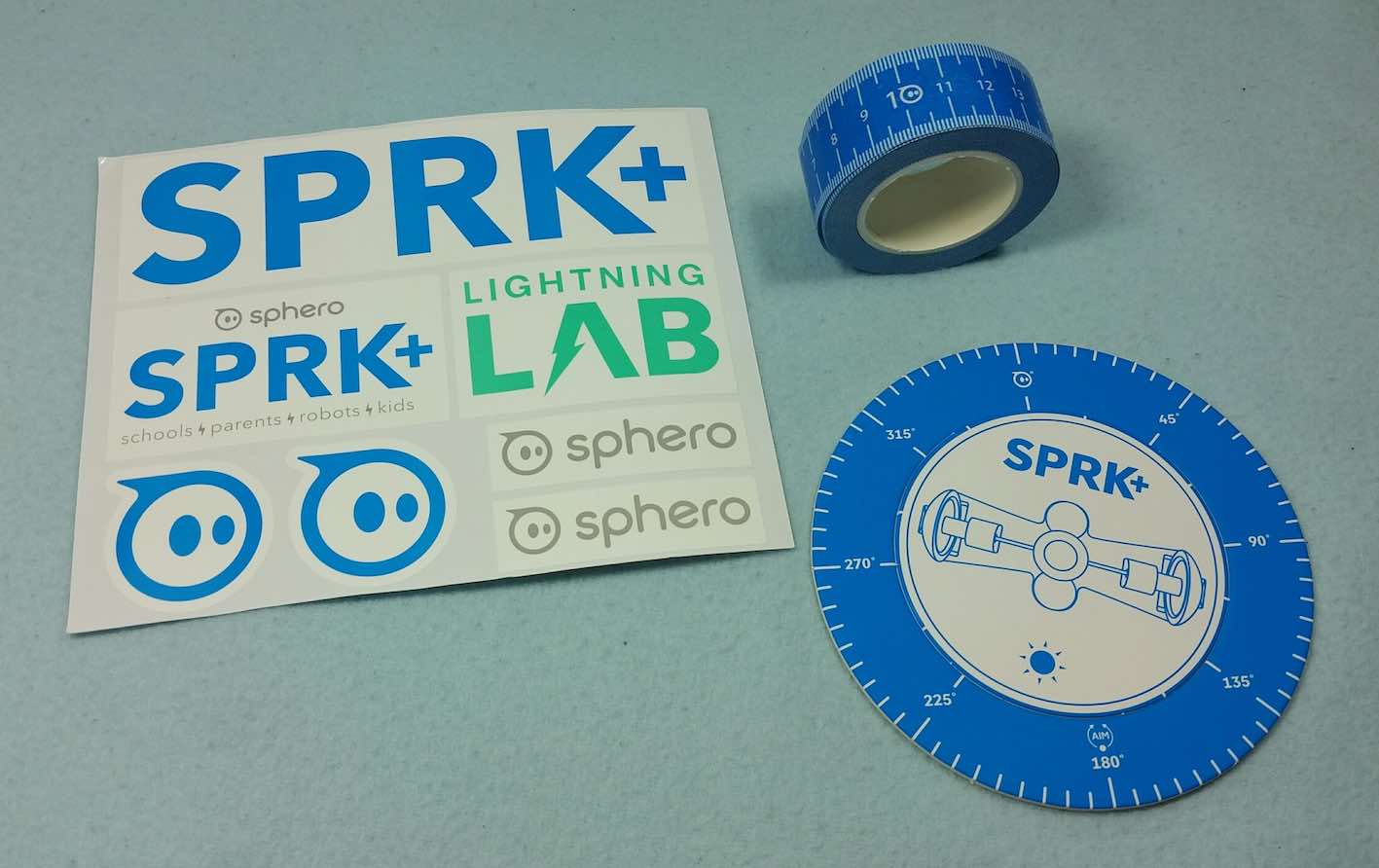 If you’re so inclined, you can write all kinds of command codes for your SPRK+ and then have it execute the commands as you dole them out. For instance, you can use the included tape measure (which is sticky on one side) to lay out a maze on your floor, and then use the measurements on the tape & the included 360 degree protractor to tell your bot how to maneuver the obstacles and find its way out. It’s an amazing way to learn some of the basics of code writing & algorithms while giving yourself and the SPRK+ a fun and interesting challenge. Of course, you can program it to do many other things as well, like cycling through specific colour patterns with its LED lights. With just a few minutes of charging time, the SPRK+ is ready to go for 1 solid hour of play. I found this to be quite impressive for such a high-energy RC robot.

Since I’m not much of math & science enthusiast myself, I mostly enjoyed playing with many of the pre-installed (or pre-programmed) tricks that the SPRK+ can do. For example, there’s a while slew of sample programs that are ready to run once you’ve paired the bot to your smart phone. You can tell it to draw a figure eight, a circle, a growing spiral, a square or triangle, or even tell it to jump erratically about like a tourist with his trousers full of fire ants. And those aren’t the only pre-programmed features, but I personally got the most enjoyment out of sending the SPRK+ for a swim. Unfortunately I don’t have a pool or a nice big pond nearly to use, so I just filled a plastic bin with water and made do—and it was fun! Still, I can imagine large groups of kids each taking their individual SPRK+ robots, choosing their favourite light-up colour, and heading to the local pool for some awesome robotic racing! Just one of the many, many ways to enjoy the SPRK+.

You may wish to take a quick peek at my video overview of the Sphero SPRK+ in which I summarize a few of its key features & briefly show it in action:

Playing with the SPRK+ is fun, but the measure of fun one enjoys is somewhat proportional to one’s own level of interest in science, computer programming, & related STEM pursuits. Even so, I did have lots of fun with the SPRK+ and am quite certain that many of you will as well. If you want a toy that’s both fun and educational and that builds on previous Sphero robotic toys in positive ways, the SPRK+ may just be your answer!

The SPRK+ is expected to be available very soon at Best Buy. 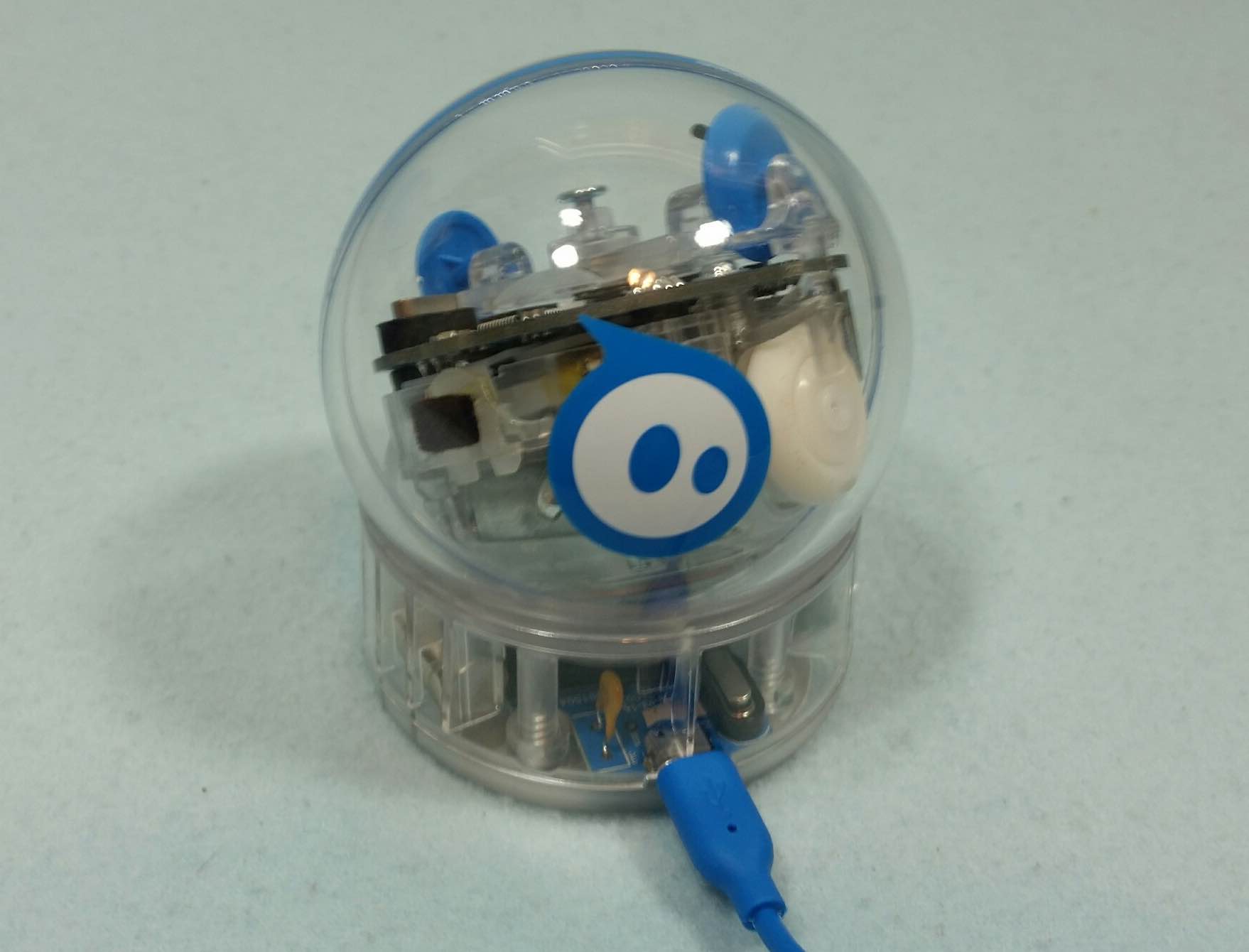 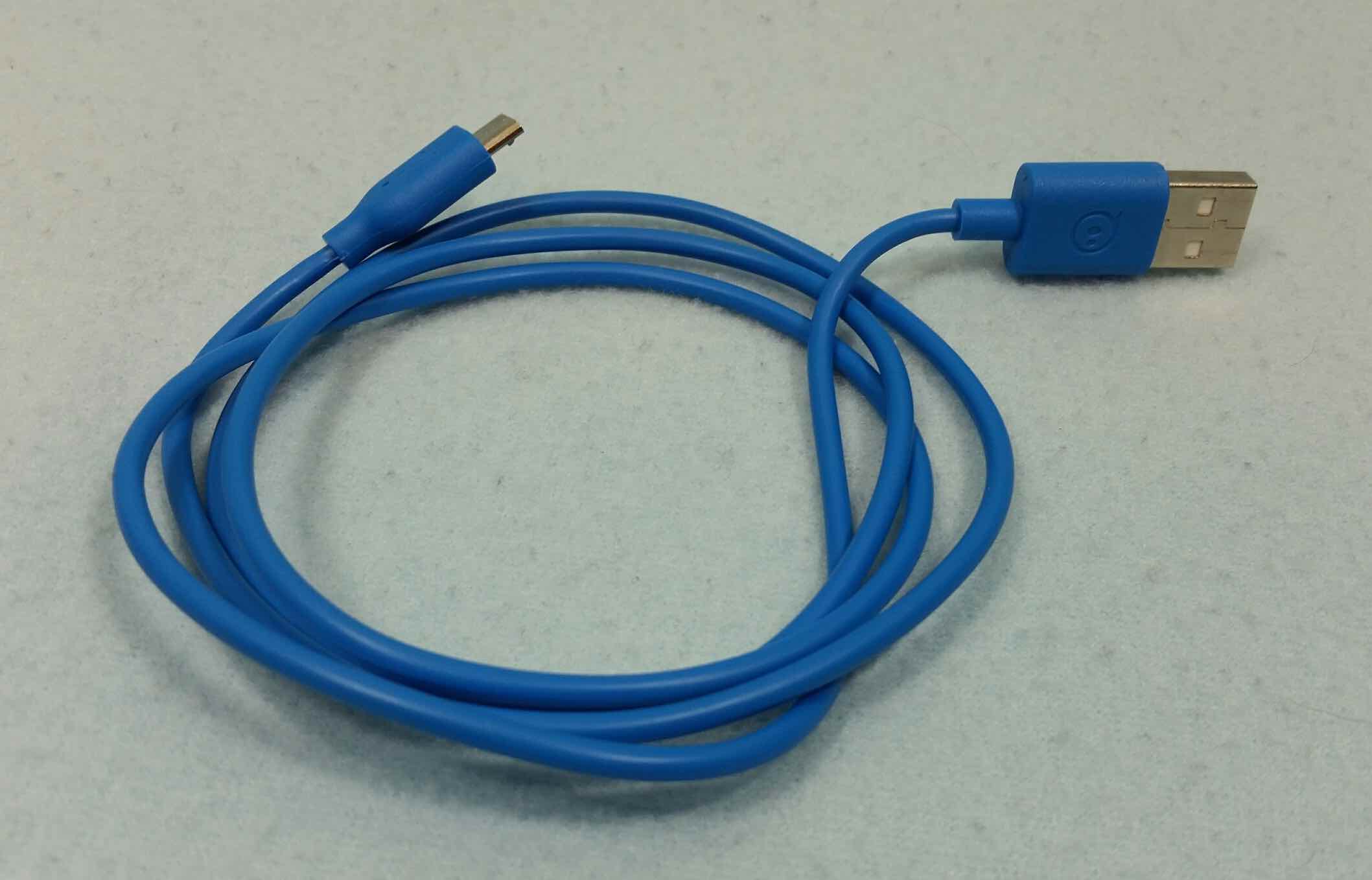 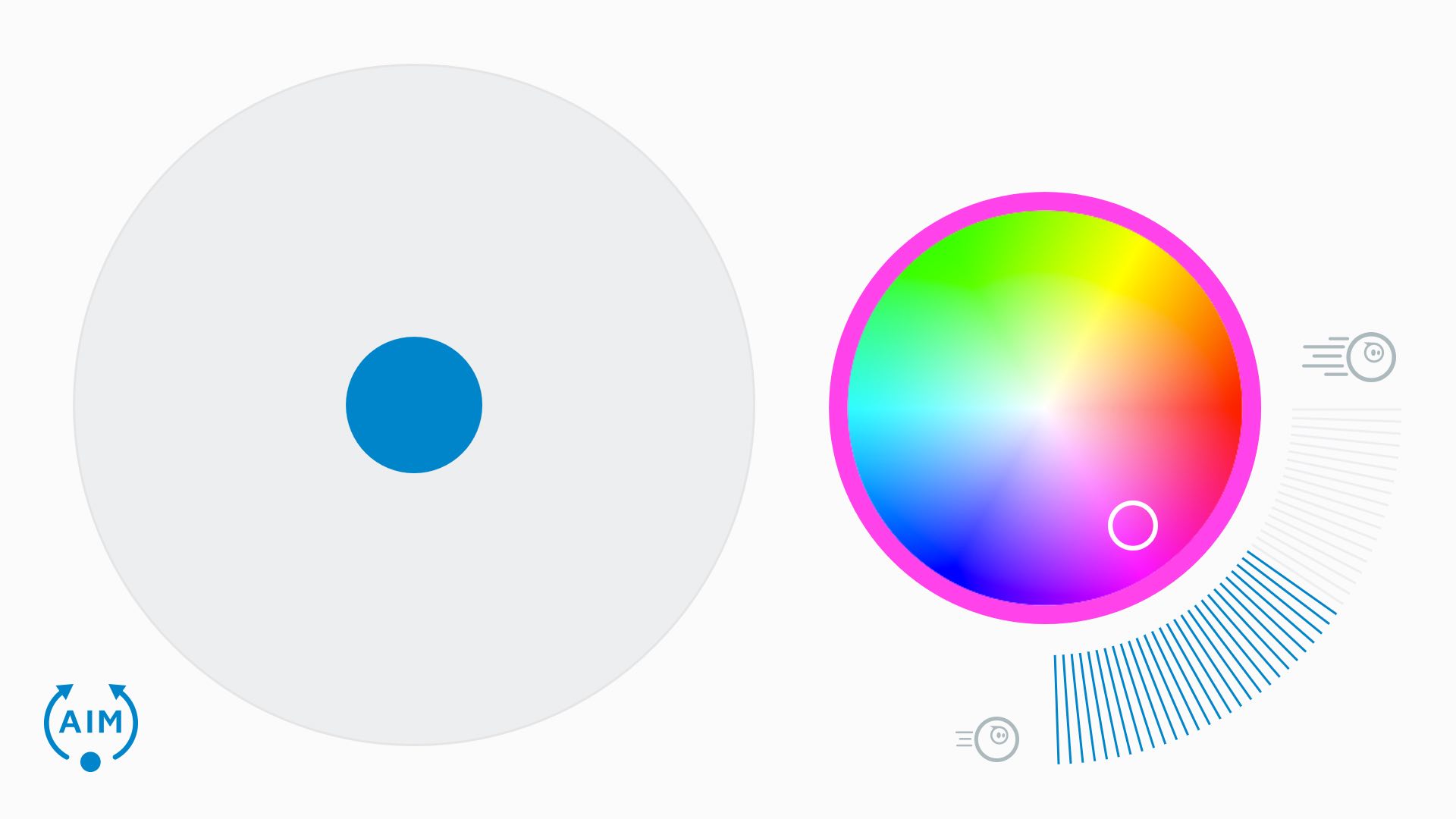