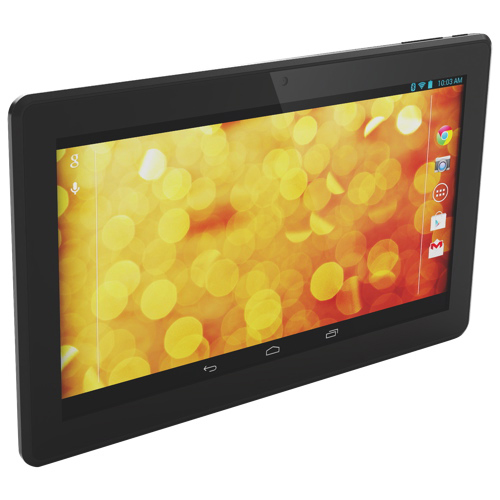 I started seriously looking at the 25.4 cm (10″) Hipstreet Phoenix when one of the youngest family members cracked the screen on the shared family tablet for the second time. The Phoenix cost less than a repair and turned out to be sturdier as well with some terrific features.

Let’s start with the great things about the Hipstreet Phoenix. The 1.6GHz Quad Core CPU processor and the Android 4.4.2 (KitKat) operating system, makes the Phoenix fluid and fast. The set-up was similar to any other Android device, which makes getting started easy. It’s Google certified so came fully loaded with all the Google goodies we have come to expect such as Google+, You Tube, Google Maps, Google Drive, Chrome, Hangouts, and the Google Play store. With a couple of clicks, we got into our app library and re-loaded many of our favourites. Downloading speed was impressive. Our previously loaded photos on Google Photos where easily accessed for viewing.

The WiFi 802.11b/g/n meant we could stay connected easily. I don’t think the kids will be using any WiFi hotspots but I may when I escape to the local café for a quiet coffee. The Hipstreet Phoenix is a highly portable tablet weighing only 580 g (1.27 lbs.) and measuring 26.5 cm (10.4 in) high by 0.9 cm (0.4 in) wide and 16.5 cm (6.5 in) deep. It’s possible to pair the device with a Bluetooth keyboard and mouse, which may be a smart move if it starts being used more for homework. Right now the tablet comes loaded with only a version of OfficeSuite that reads the documents but doesn’t create them. Something to consider for the future. 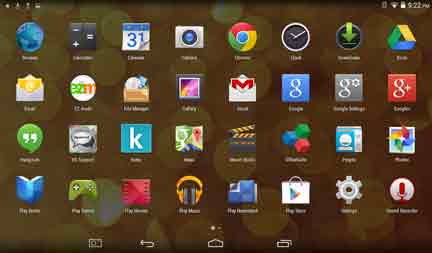 The 16GB of internal memory combined with the 15GB of free online storage on the Google Drive should be enough for the kids to start out. If we do burn up the space, the Hipstreet Phoenix supports Micro SD cards up to a 32GB. It also supports most audio, video, image, and eBook file formats and includes a 1080p HDMI output. There are no USB Ports or other input/output ports.

The 10-inch TFT LCD touchscreen with 1024 x 600 resolution did make watching movies and videos on the web fairly decent. I liked the extra length of the Phoenix for our Kobo e-books. We were able to download purchased books from our library and reading in the larger screen was a pleasure. One of my pet peeves with other e-readers us the short screen, which means more page turning and some lag time. The vertical view of the Phoenix was terrific for reading e-books and there was absolutely no lag time on the tablet.

Sound wise the speaker is not bad. There was no distortion when the 1.2W speaker was cranked all the way up and it had an okay sound. It was definitely better when we paired it with one our Bluetooth speakers so projection was better. The sound was better with ear buds though on a lower setting, which is fine with me. I don’t need to hear what my kids are watching and despite the great screen length, it’s not a screen for many people to watch at the same time.

The battery is an absolute gem. The 6000mAh rechargeable battery lasted a full 36 hours with bouts of intense activity and then being put on standby. It charged up quickly as well. 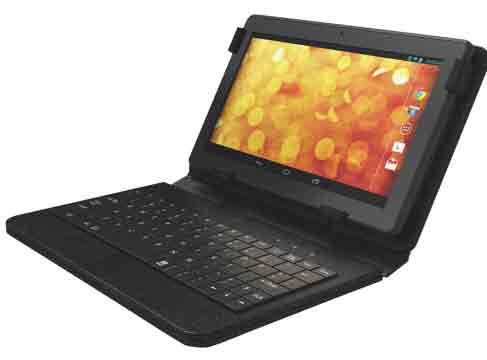 There were a some tweaks needed to get the Hipstreet Phoenix to work at its optimum speeds. I boosted the mouse/track pad speed to high so it could get rid of lag time. This definitely improved its gaming abilities. Older teens are not going to be interested in gaming on this tablet and it’s more suitable for younger kids.

I also turned off a few of the automatic features since this was a tablet being used by kids. Using the security features, I made sure passwords were not visible and no apps from unknown sources were not allowed or access to location information. I activated the Android Device Manager to erase all data and change the unlock password as well as locking the screen. It’s basically the same settings found on your phone. There’s no need to do these settings but I was sure this tablet was going to be smuggled into school eventually and maybe forgotten,

Now for the not so great things about the Hipstreet Phoenix: The screen. Although it bills itself as a gaming computer, the colour of the screen is simply not as crisp as other Android devices. Hipstreet had to back on something to lower the costs and the screen was the obviously choice since it’s one of the most expensive components. 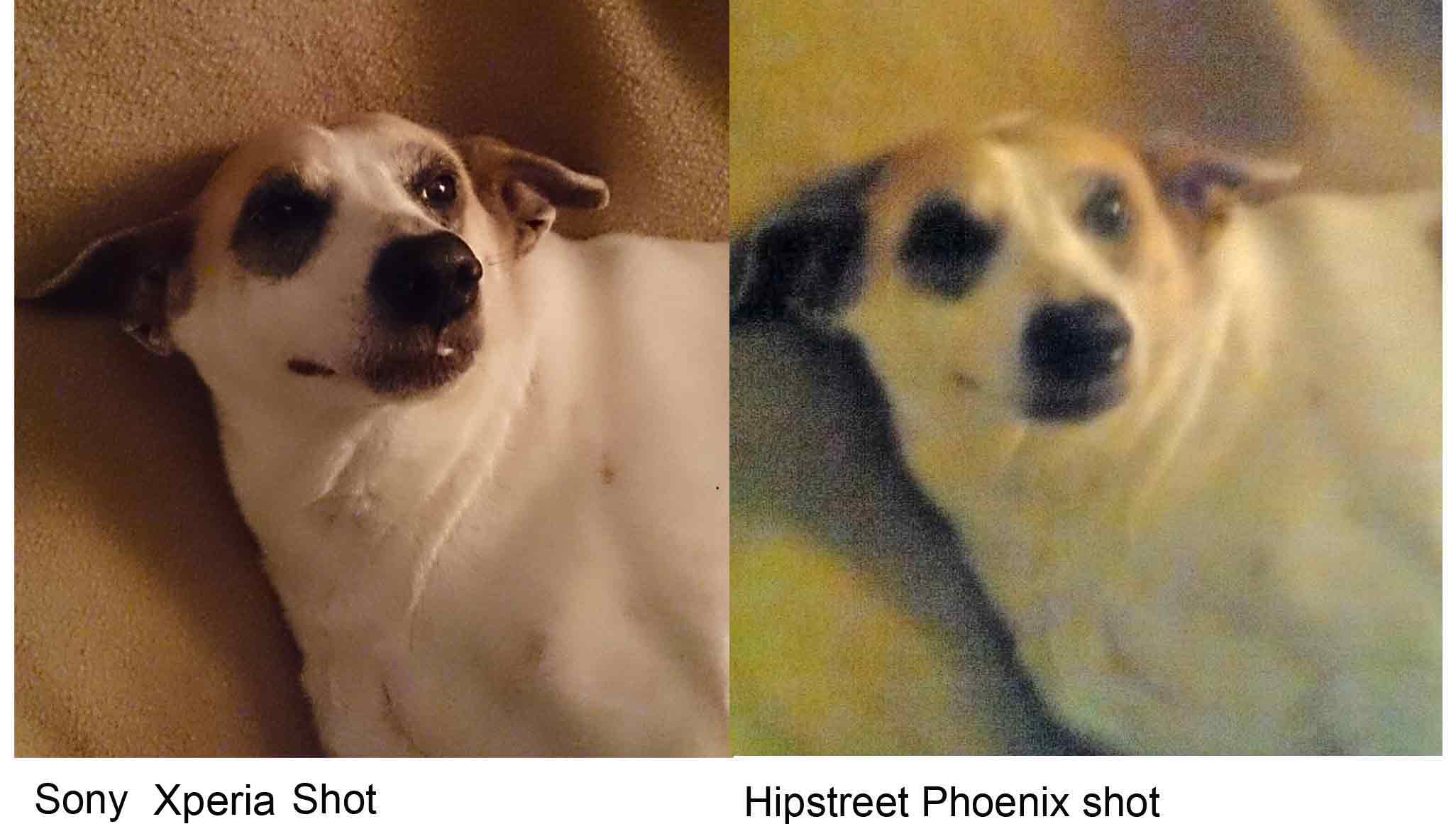 This doesn’t mean the Phoenix screen is terrible watching for films or gaming. You’re just not going to have those eye-popping, crisp and deep colours found on the more expensive devices. I found lowering the brightness to well below the mid range and switching off the economical backlight did improve the overall look of the screen and took away some of the washed out feel. The screen is definitely a trade-off and frankly, it’s one we could live with for a lower price tag. I gave Phoenix to my youngsters as their replacement tablet and stopped stressing about them breaking it (and also stopped nagging them about it). They can graduate to something with a more sophisticated screen when they’ve shown they can take care of their Hipstreet Phoenix.

The Hipstreet Phoenix camera is fairly basic as well. It’s only a 2 megapixel for the rear camera and 0.3 MP for the front camera. There is also no auto-focus. This camera doesn’t perform well in low light indoors.

It did work much better outdoors with better resolution. It’s fine for kids to take selfies and other snaps but don’t use it for the yearly family portrait.

Overall, the Hipstreet Phoenix was a great intro tablet for tweens and younger kids. It’s sturdy but responsive, has a great battery and lets you experience all the Google apps and tablet experience. The economical price tag makes up for its shortcomings.

Best Buy has a great selection of tablets and e-readers to check out. Wondering which tablet to buy? Read Brad Moon’s breakdown of the Best Tablets of 2014.