The Rexing P1 body camera is a new offering from a company normally known for its dash cameras. While available to all of us for any of our everyday needs, this camera features a suite of options geared toward high pressure situations where you might need a camera like this (ie. law enforcement, security) in a reasonably priced package. Let’s take a look at the Rexing P1 body camera.

The Rexing P1 body camera is a very basic unbox. Besides the camera, you receive charge and connecting cables, 2 mounts (shoulder and chest clip), user guides and paperwork. One thing you should be doing right away is charging your camera. It’ll take about 4 hours to charge from a dead battery, but then affords you around 10 hours of regular recording, 11 hours of audio only recording or 20 hours on standby.

The Rexing P1 body cam is a fairly professional grade camera at a consumer level price and has been constructed with law enforcement or security needs in mind. The camera features full 1080p HD recording with Infrared Night Vision. The IR Night Vision is so strong, in fact, that Rexing says it can capture footage up to 50 feet away in pitch black. While a body camera is typically around to capture video and audio, there are audio-only recording capabilities as well as the ability to manually capture still camera photos. It’s unlikely that you’ll need to capture still pictures, but it’s a nice feature to have nevertheless.

The camera features a 170 degree wide angle camera with built-in 64 GB memory. The camera requires no installation (outside of picking and clipping on your mount) and is basically ready to go out of the box, once you have set the current date and time. The unit is really small. It’s smaller than a normal cell phone and can fit into your pocket when you aren’t using it. Otherwise, it clips onto clothing or jackets easily. The mounts are purposefully difficult to take off the camera so that it’s difficult for the camera to be pulled from you. I was actually worried at one point that I wouldn’t be able to get the shoulder mount off the camera at all the first time I clipped it on, but it came off with a lot of effort. If you work in a job with the possibility that somebody could pull the camera off you (ie. bouncer, security, police, etc) it’s good to know that there’s that much resistance when separating the camera from the mount itself.

There are a great suite of safety features that come on board the Rexing P1. First of all, you can set loop recording as long as you want which is a solid feature. If you’ve read my dash cam reviews, you know I’m a big fan of larger loop recording. You can set options here as low as 1 minute per to as long as you want. If you’re using the camera for any sort of tactical work or sporting purpose (ie. filming your walk to work,) this makes your life much easier instead of having to merge and/or cut videos. The only thing to keep in mind with any continuous loop recording is that oldest footage will be overwritten automatically, so having too large of loops and continuous recording means that if the loop and the file is too big, it runs the risk of getting overwritten by a smaller file once it hits its memory cap.

Since the memory is all internal, there’s also no chance of it falling or out getting wet from an open slot and corrupting. You’ll notice that all of the buttons have rubber tips or rubber caps and this is all done purposefully. The Rexing P1 has a superb Ingress Protection rating of IP67, meaning that it’s been tested against contact with harmful dust and significant water immersion. With an IP67 rating, it’s been tested in water up to a metre deep and can be immersed for a half hour. Keep in mind that these are really controlled lab tests though, so it doesn’t mean you can take this camera for a swim at the pool or in the ocean. There are other devices for those purposes. This camera has shock resistance as well for anybody in more physical jobs or anybody using it heavily outdoors.

There are also a lot of failsafes to make sure that your footage isn’t deleted accidentally or accessed incorrectly too. You can set a password in the camera to avoid having your footage deleted or stolen and on that note, you can only delete, transfer and share through a computer. There’s no Wi-Fi capabilities on this camera that could allow you to transfer to a camera or anything of that sort. While I feel that this is a must for less intrusive cameras (like a dash cam,) no Wi-Fi on this type of camera is fine by me.

The last big safety feature is a Police Panic Mode ability. With the push of a button, you can have your P1 play a really loud siren with flashing lights to alert nearby law enforcement or anybody of your whereabouts if you’re in trouble.

Watching your camera footage back

Watching camera footage back is pretty simple. You can either watch things back through your camera itself, or by plugging the camera into your computer. Once again, please keep in mind that with the exception of a continuous loop overwriting old footage, you can’t make modifications to things on the internal memory through your camera as it can only be done on the computer.

The footage on this camera is very clear overall and is really good considering the small stature of this unit. Keep in mind that this camera has no inboard stabilizer, so it captures every footstep and jostle as-is too. I’ll be showing some of it off in the review video if you’d like to take a look. Obviously, you can expect that the audio won’t be perfect and will probably be slightly impeded a bit by wherever you’ve mounted it and whatever it might be rubbing up against, but that is to be expected.

Is there anything not to like about the Rexing P1 body camera?

Honestly, the only thing I didn’t like about the Rexing P1 body cam are the mounting styles. I wish that they could have been on a hinge mount to adjust. I realize I’m not your standard, run of the mill body camera user but if you’re somebody carrying a book bag or purse, for example, and want to mount the camera to that instead of on yourself, then you’ll have to get a bit more creative. I don’t know that you’d really ever need to have more than 64GB of recording memory at your disposal, but if you need more, just know that this cannot be expanded on. Rexing doesn’t have any other body cameras like this available on the market right now, but I don’t feel as though most people will need more than 64GB, which is already enough for a few hours of continuous recording. If you absolutely need more and aren’t going to need some of the other aspects of this camera (like the waterproof IP ratings, lack of Wi-Fi, shock resistance, etc) you could consider the Rexing H2 trail camera, though it’s geared more toward wildlife monitoring and hunting.

Outside of that, this is a really cool and really affordable camera with really high quality options. At the risk of sounding like an infomercial, I’d expect that the sheer number of safety features and functions on a camera like this would cost hundreds more than it actually does.

Who besides law enforcement needs a camera like this?

With a camera like this available at such a reasonable price, I’d really recommend picking it up for somebody that walks on a long distance commute, or somebody that’s on a job site all day where they may need to film what’s happening around them. Past the safety features, someone that’s a pretty amateur hiker that wants to capture a trail walk or something to that effect might like this. It doesn’t take the place of an actual GoPro style camera (especially since there’s no internal stabilizer) but for someone like me who might want to capture a simple hike with minimal effort, it’ll do.

On that note, I am really tempted to buy one of these for my dad. He’s an avid motorcyclist and I think he’d really get a kick out of having one of these on himself to film parts of his summer trips. It’s easy to mount, easy to use and easy to charge. This is all so simple that even my technologically challenged dad can use and enjoy it. With the holiday season approaching, this has quickly shot up to the near the top of my list of things to get him. 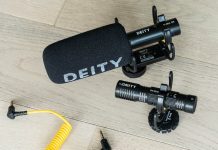 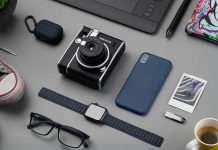 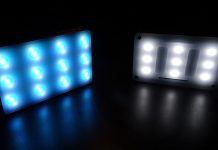