Best Buy Blog
Home Photography Fujifilm’s latest cameras are aimed at everyone, including you

Since the start of the year, Fujifilm has been busily adding to its lineup of mirrorless cameras, and the newest models have improved some key areas. The X-T200 is a follow-up to 2018’s X-T100, which received its share of acclaim, while the X-T4 takes things up a notch as the successor to the X-T3. And rounding it all out is the X100V, a smaller design that is among the best fixed-lens systems you can find. These cameras are all currently out on the market, and here is some more detail about what they bring to the table.

In the same way the previous X100F was, this camera is still a nimble rangefinder design that’s easy to carry. Its retro styling is in line with all of Fuji’s cameras, but it’s not dramatically different in size and weight from its predecessor. Even so, the company considers it “the most powerful X Series camera to date with no compromises for stills and video.”

The reasons why are the 4th-generation 26.1-megapixel X-Trans CMOS 4 sensor and a brand new in-body image stabilization (IBIS) system that change how the camera shoots. It has bulked-up ISO sensitivity going up to 12800, and faster burst shooting at up to 11fps. The hybrid auto-focus system manages 425 phase-detection points, so you can pick your poison on which spot you want to capture. Fuji also put in a new Film Simulation mode to sweeten the pot on shooting options. And last but not least, it can capture 4K Ultra HD video at 30fps.

The Advanced Hybrid Viewfinder gives you two options when peering through the glass. Go the old-school optical route, or use the higher-resolution electronic viewfinder, which also lets you see certain settings. Unfortunately, the 3-inch LCD in the rear tilts, but doesn’t flip, so selfies won’t be easy if that’s your thing.

Experienced Fuji users might notice that this camera has a couple of things in common with the X-Pro3, like the new joystick to control where the focus point goes. The d-pad that used to do that is gone. In addition, there’s a new ISO dial, and it uses a lockdown mechanism to keep the setting you want.

And one last point—the X100V has a weather-resistant body, whereas the 23mm lens is not. You will need to get a separately sold adapter ring and weather-sealing protection lens for full protection.

The X-T200 follows its X-T100 predecessor closely, albeit with a slightly lighter body, thicker grip and a 3.5-inch vari-angle LCD touchscreen that tilts and flips to make selfie photos and videos easy. Another key change is the phase-detection for auto-focus. Now, it has 425 focus points compared to 91 on the previous model. Fuji also improved face and eye detection to add to the focusing features, and burst shooting also gets a slight boost from 6fps to 8fps.

People looking to shoot with some creativity will find 11 Film Simulation modes, plus an extra 20 filter modes. The OLED electronic viewfinder also gets an upgrade with more pixels to see clearer. The image sensor, however, is the same 24.2-megapixel one Fuji used in the previous model, though it says it will work faster on the X-T200 through better wiring.

On the video side, the camera will be able to shoot 4K video at 30fps, which wasn’t possible on the previous model. And for the first time, you can shoot slow-motion video up to 120fps in 1080p. If you’re a vlogger or videographer, there are microphone and headphone inputs too.

The camera comes in either silver, dark silver or gold. You can go either body-only or get it with a 15-45mm OIS PZ lens kit as a bundle.

This one could probably be considered Fuji’s flagship mirrorless camera. The X-T4 follows up on the X-T3 by adding IBIS for an easier time getting sharp photos. By adding it, Fuji bolsters the entire X-mount lens lineup to benefit from the in-body stabilization.

This camera already has the X Processor 4 chip and uses the same 26.1-megapixel X-Trans 4 CMOS sensor the previous model did. It’s the same 425 points of phase-detection for auto-focus, though offers better tracking for eyes and faces. You can also shoot bursts up to 15fps.

Video recording stays the same, for the most part. The X-T4 will capture 4K video up to 60fps, only there’s a new super slow-motion mode using 240fps in 1080p. Fuji also separated video further by including it on its own on the dial, and ensuring quick settings are available through the Q button. Unlike the X-T3, this camera will maintain separate preferences for photo and video shooting.

The 3-inch touchscreen LCD articulates for easy shooting at various angles. The screen does tilt, but only when you flip it out to the side. It also flips inward in case you want to protect it from scratching in rougher environments.

All three of these cameras are available for pre-order now. Though recent events have impacted supply chains, you can still order yours to arrive when they ship. 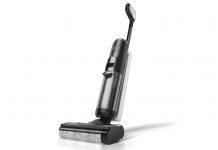 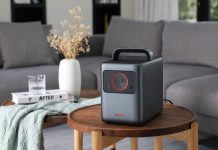 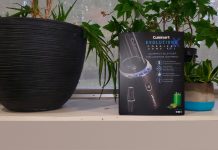