CES 2018 has now ended, and throughout the 2.7 million sq. ft. of space showing off the latest tech, there were five major trends that stood out.

A show like CES is as much about where technology is potentially going, as it is about the latest gadgets or wacky concepts. And every year, a few narratives stand out. I covered a fair amount of ground on the show floor, and these are the ones that stood out. Artificial intelligence was pretty omnipresent at CES, and though it wasn’t all Google Assistant and Amazon Alexa, those two platforms were dominant. And you’re going to be able to access them in more devices, and more situations.

From home appliances to cars, having a digital assistant will be old hat at this rate. Alexa was all over the place last year, whereas Google’s platform took much of the stage this time around. Either way, the focus remains the same. Issue commands to turn on a stove or hear what you have in the refrigerator. Tell the TV what you want to watch, and set the scene, in the process.

Drive your car and turn on whatever smart lights or the heat from a smart thermostat before you even get home. There was even a mirror and showerhead that had voice integration. We’re clearly moving from simply asking to do something basic with phone in hand to automating a part of our lifestyles through smarter AI.

There’s still a long way to go, but we’re already seeing companies totally buy in. Samsung wants its Bixby platform to be a competitive digital assistant. LG has branded its AI-enabled product lines under the ThinQ banner. Sony embraced Google Assistant long before, and has since brought Alexa into the fold. Automakers, smart home device makers, app developers—they’re all looking to bring these two platforms in.

Though much quieter, Apple’s HomeKit figured into this as well, with a slow but steady growth in compatibility.

Look for this trend to be a big deal throughout 2018. The cars of the future

The automotive industry is on the cusp of the biggest shakeup since cars were mass produced in quantities that made them more affordable. Where the technology under the hood always ruled, the future will see connectivity and compatibility be just as important. In other words, vehicles are becoming mobile devices unto themselves.

This wasn’t a new trend, mind you. It’s been happening at CES for the last few years, only this time, the vision is starting to get clearer. Driving a lot of this innovation is the advent of 5G cellular connectivity, which could be crucial to how autonomous vehicles better navigate the roads.

Even companies who have traditionally had little or nothing to do with cars are in the fray. Samsung and Panasonic showed their respective visions of connected, autonomous cars. Nvidia has been in this space for some time, but not everyone realizes it’s a leader in that category. Rideshare providers like Uber and Lyft are getting into the fray too.

This new world will bring in a lot of different players, and while you might deem it a scary proposition, it will forever change how you experience things in a vehicle. Never before have I seen appliances take up so much space at this show. They dominated the booths at Samsung and LG, but there were plenty of other vendors pushing the same focus. What’s happening now is that the focus is evolving from simply turning on an appliance with an app, to having it learn your preferences and doing more on its own.

Smart refrigerators may seem like overkill, but vendors are trying to make the case for the convenience and context they can provide. Ever been at a grocery store and forgotten whether you had the same item already in the fridge? You could just peek inside using an app. It can offer recipes based on what you have inside, helping you avoid spoiling food.

That you can access this information away from home is interesting. Set clothes to wash or turn on a slow-cooker before arriving home. Some of this is already possible, but the difference is in how these devices are able to do them on their own. It won’t load the clothes or mix the ingredients, but it could know what to do if it recognized what was inside.

Voice integration is the primary input method that got better this year with the models I saw. Without real testing, however, it’s hard to gauge how effective it is on a case-by-case basis. Do you find your current 4G LTE connection to be fast? Now, multiply that by 50 and you get what 5G is capable of. That one-hour episode of your favourite TV show could download in under two seconds. Yes, two seconds.

That’s an incredible leap forward, and while we aren’t able to truly see those speeds yet, the next two or three years will see a huge change in how we stay connected. Already, carriers in the U.S. will be conducting trials this year in select cities to test it out. That’s the short-term plan.

The long-term plan is that 5G will act like a cloud-based power grid. From phones, to homes, to businesses, to cars, data will flow with the same breadth we expect of electricity. Autonomous driving may rely heavily on 5G connectivity. Live streaming events will be virtually effortless with super clear image quality. Uploading files will happen immediately. At that point, streaming content in 8K wouldn’t be a problem, much less 4K.

There were no less than 900 startups at CES this year. That was 300 more than last year, and it wouldn’t surprise me if they crack 1,000 next year. While the biggest companies get most of the headlines, a lot of innovation happens at the grassroots level startups operate in.

Some of the trends above are equally relevant to the wider startup scene. Smart home, robotics, AI, driving assistance, medical devices and a litany of lifestyle products trying to emerge as solutions covered the show floor.

It will be an interesting 12 months until CES 2019, though only a few of these trends will be really impactful in that time. Most of the vehicle and 5G technology is still looking ahead, rather than ready to deploy.

But AI and smart home devices will be ascendant this year when they get into more peoples’ hands. The more Alexa and Google Assistant integrate, the more they are exposed to what an AI platform can do. 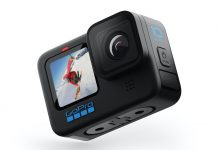 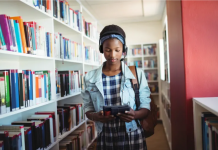 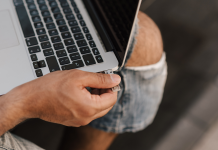