LG unveiled a number of products at CES that will run on its own ThinQ artificial intelligence (AI) platform, as well as Google Home and Amazon Alexa.

Pronounced as “Think-you,” ThinQ is both a proprietary and open platform in one. It can function as its own voice assistant, but will also work with Home and Alexa. It is also a brand unto itself, so all of LG’s smart home products will fall under that name. One of the standout devices is the LG ThinQ Speaker, a smart AI speaker that will come with Google Assistant built-in. This is essentially the same as having a Google Home device, since you issue commands the same way. Control compatible smart home products, request music on demand, and much more.

In some ways, it’s the same as the Sonos One, which will support both Home and Alexa at different points this year. However, LG wants the ThinQ Speaker to be a premium product with great sound, which explains why it partnered with British audio brand Meridian to deliver something sonically better.

ThinQ will also figure into the TV side of LG’s business, with all the 4K OLED and Super UHD models this year coming with Google Assistant built-in. Unfortunately, previous models won’t be backward-compatible, so if you have one, you won’t be able to get these features. LG TVs get an update

TVs took more of a back seat this year compared to 12 months ago, but the company did announce that its 2018 lineup will support high frame rate (HFR) content up to 120fps. One caveat to this is that the TVs lacking HDMI 2.1 inputs won’t be able to play those framerates from other devices. You would have to stream it directly to the TV from one of the streaming apps available on LG’s webOS smart TV platform. Again, this does not appear to be backward-compatible.

Technically, you can control the TV using Alexa through an Echo device, except that you won’t get any text appearing onscreen like you would with Google’s platform.

LG claims the Alpha 9 processor it will equip in the high-end models this year will present enhanced colour reproduction and noise reduction for a cleaner image. LG wisely supports all the available HDR (high dynamic range) formats, so no need to worry there. To my eyes, they looked good, but only viewing it in less crowded conditions will give me a better idea.

In all, there are two new TVs in each of the Picture-on-Wall W8 series, C8 Series, E8 Series and B8 Series. The W8 will come in both 65-inches and 77-inches, while the others will have 55-inch and 65-inch options. LG’s appliances are also getting the ThinQ treatment, including the InstaView ThinQ refrigerator and its 29-inch touch LCD display. In this case, Alexa integration reigns, and will be capable of suggesting recipes or playing music. LG had adapted its webOS platform to its smart refrigerator last year, only this time, it is designed to be more dynamic.

The Alexa integration being central to it, but also its ability to utilize the Smart Tag feature to add expiration dates to food stored inside so that it can alert you when it might start spoiling. While shopping for groceries, you can also use your phone to access the camera inside and see what you already have.

ThinQ does have its own voice protocol, which can be confusing because it’s capable of communicating between LG devices. For example, I could talk to the fridge to play music on the ThinQ speaker, even though the former doesn’t support Google Assistant, and the latter has no Alexa support.

LG hasn’t released any pricing information or availability for these products, but has confirmed they will all launch this year. 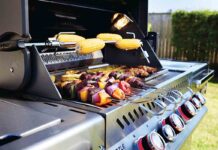 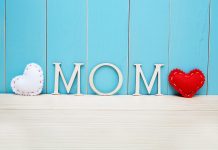 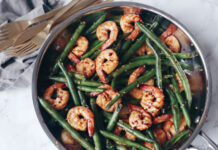