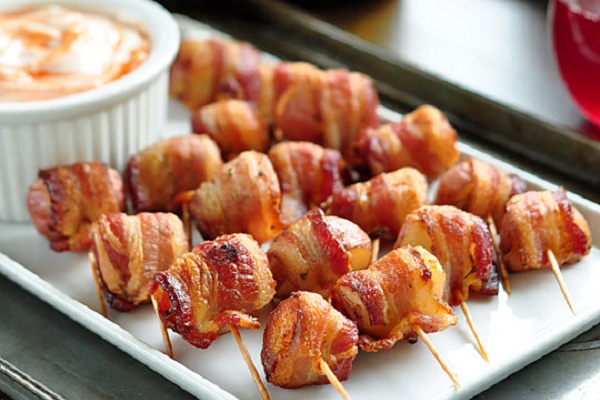 Everything is better with bacon, and because it’s such a great thing to add to, well everything, you can find bacon on cupcakes, candy apples, and creative breakfast, lunch, and dinner dishes. There’s always someone willing to take bacon to the next level too – Red Robin USA just added a bacon flavoured milkshake called the Beam-N-Bacon Boozy Shake to their menu. Flavoured with bacon and bacon bits, you even get a piece of candied bacon to stir it.

Even if you don’t like Canadian back bacon, there are still bacon options out there. Turkey bacon is my personal favourite, and I’ve used it in everything from Salted Caramel Bacon cupcakes for a Halloween party to an asparagus wrap that was one of the best things I’ve ever tried.

If you’re aching for bacon like the rest of the population, you have to see these creative (and crazy) ways to get your bacon fix: 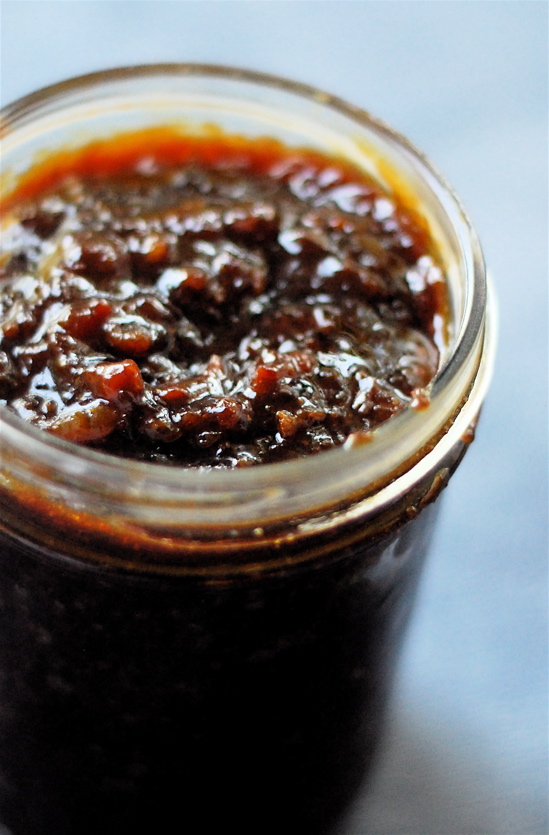 Bacon jam? It sounds a bit odd, but this is the perfect spread for burgers, pancakes, and mixed with scrambled eggs.

Cook bacon in a large frying pan for 10 minutes. Remove and put on paper towel to soak up excess grease. Reserve 2 tbsp of the bacon grease.  Melt butter in the skillet and add onion and sugar. Stir and cook for 15 minutes. Add the garlic, corn syrup and spices. Cook for 5 more minutes, but keep an eye on it so it doesn’t burn. Add coffee, vinegar, bourbon, maple syrup, hot sauce, salt and pepper. Stir until combined. Add bacon back to skillet. Cook on low heat, uncovered for one hour, stirring occasionally. Remove from heat. Cool for 20 minutes. Pour into a food processor or blender and pulse until the entire mixture is chunky.

Cool and skim off the fat. Spoon into a mason jar and cover. Store in refrigerator until ready to use.

The perfect dinner on a chilly night – just pop some bacon wrapped cream cheese chicken in the oven and your entire house will smell heavenly. 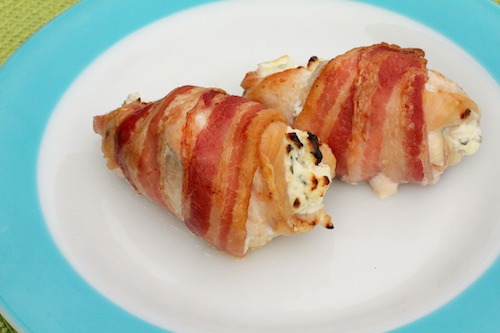 Once the chicken is flattened, take the cream cheese and spread it on the chicken.

Take several slices of bacon and wrap it around the bacon.

Preheat the oven to 400 degrees.

Cook till chicken is no longer pink, for 20-40 minutes. 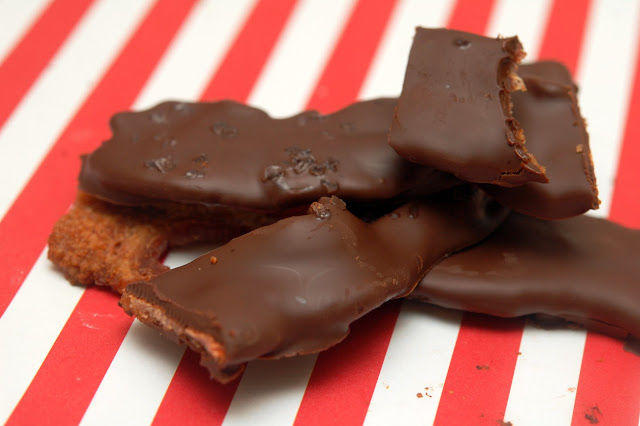 Bacon has become so popular recently because people have discovered how delicious it is when paired with almost everything. Chocolate dipped bacon with sea salt gives you the perfect combo of salty and sweet.

Bake bacon in oven at 350 degrees until crisp.

Melt chocolate in microwave or pot on stove until thin. 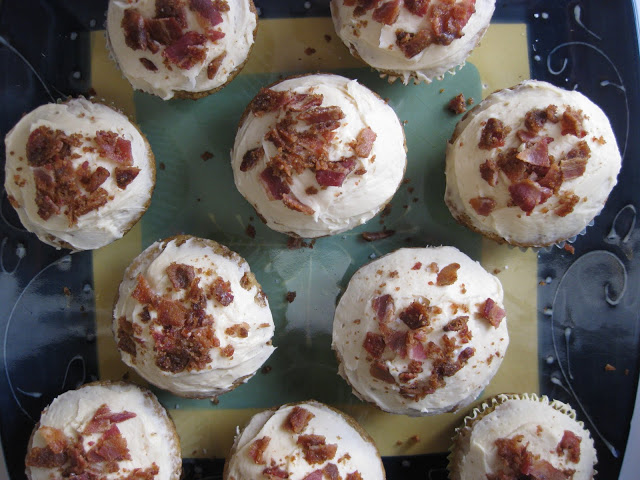 If you haven’t tried bacon on cupcakes, you are definitely missing out. Salted caramel and bacon is an amazing combo.

In a large bowl mix flour, baking soda, and salt then set aside.

Heat the butter and milk in a small saucepan over low heat until the butter has melted. Beat the sugar, eggs, egg yolk, caramel extract and vanilla with a mixer in a large bowl until it thickens. Gradually beat in the flour mixture on low speed. Slowly pour in the hot milk, beating until folded into mixture. Do not over mix

Put batter into piping bag and fill each cupcake liner half full with batter. Add ½ of each caramel square to each cupcake and top with remaining batter. Bake 15 – 20 minutes until toothpick comes out of center clear. Cool 20 minutes then top with frosting, piece of crispy bacon, and a pinch of coarse sea salt.

Salty, sweet, and with just the right amount of crunch, bacon really does go with almost everything. Bake up some creative bacon recipes with Best Buy’s specialty cookware, and check out my recommendations for the perfect bacon accessories below.