G-Shock is an iconic watch brand: many people collect the new lineup as soon as it’s released. I was fortunate to attend a recent G-Shock event in Vancouver that included a visit by the watch’s creator Kikuo Ibe! Read about the event, learn more about G-Shock watches, then enter for a chance to win one of 3 G-Shock watches, including the grand prize: one of the newly released watches, signed by the inventor!

One of the best parts of life is how cool experiences can just pop up out of nowhere. Case in point? This past Thursday I attended a Casio G-Shock party at Venue Nightclub in Vancouver. This was a party to welcome G-Shock creator Kikuo Ibe to Vancouver for the first time ever, and you could tell Vancouver loved the “godfather of G-SHOCK” just as much as he loved them.

Granville lines up for G-Shock

When we first arrived at Venue on Granville Street we found there was a long line up. Meeting Mr.Ibe was an honour a lot of people were waiting for, and they weren’t going to miss this rare event. We had been told to show up between 8 and 8:30 pm to guarantee admission, and I was glad I was already in line as it started to snake down the block behind me. People were decked out in their G-Shock watches, one guy had one on each wrist, and several people were wearing G-Shock t-shirts.

Surprise guests, DJs, and the full history of G-Shock on display

Inside Venue were several display cases lined with gleaming G-Shock watches. One case held some of the more unusual G-Shock watches from over the years. The oldest in the case was from 1998, but it was the Transformer G-Shock that had a lot of people peering in. I’m not sure how it transforms into a watch or even if it does, but it’s one of the coolest time pieces I’ve ever seen.

Covering the walls were posters detailing Mr. Ibe’s journey from idea to G-Shock watch. Vinyl Ritchie and DJ Marvel were entertaining the crowds as everyone walked around looking at the displays and signs. One of the metal plated G-Shock cases had several people standing around it, and there was a spot to take a selfie or group shot if you wanted to.

The DJ’s played until it was time for the highlight of the evening. Kikuo Ibe took the stage after a brief introduction, and he treated us all to the story of how he created G-Shock.

How G-Shock was born

Mr. Ibe spoke to us with a slide show running behind him, and his quips and jokes had the crowd laughing.

Like many great ideas, G-Shock began with a problem. Mr. Ibe was walking down the street when his watch fell of and shattered on the ground. Because it had been a gift from his father, Mr. Ibe was very upset about the loss of the watch. He really wanted to prevent something like that from happening again.

He spent some time thinking about it, and he came up with an idea. He wanted to create a watch that would not break, even when dropped. He wanted it to take what life threw at it and keep going, with a battery life of 10 years, water resistance of 10-metres, and the ability to withstand a fall of 10 meters.

Because he was an engineer who designed watches at the time, he thought he could come up with the design. Along with a small team that he called, “Team Tough,” he began to experiment with creating a shatter-proof watch.

Their first thought was that they could wrap the watch in a soft bubble of rubber, but when they performed drop tests the watch would still break. To protect the watch they added more material around it, but by that point it was unwearable because it was the size of a tennis ball.

After a lot of trial and error they came up with a 5-step shock-absorbent structure that protected the internals of the watch, but their problems didn’t end there. They kept testing it and parts of the test watch kept breaking. They went through 200 prototypes, but Mr. Ibe was no quitter. His motto of “Never Give Up” meant he was going to keep moving forward until he designed the watch he was meant to.

Inspiration finally struck when Mr. Ibe sat down in a nearby park and watched a child bouncing a rubber ball. He realized the center of the ball isn’t affected by the shock of striking the pavement. At that moment he understood that if the heart of the watch could float within a hollow structure inside the watch casing, it would never be destroyed by impact.

With that revelation, everything fell into place. G-Shock model DW-5000C was launched in 1983, and the rest is history. When the watch launched in North America, commercials began airing showing hockey players shooting a G-Shock into a net.

People who saw it didn’t believe it, so it was put to the test. A massive rig drove right over two watches; one G-Shock and one regular watch. The regular watch was crushed. The G-Shock was in perfect condition.

The lineup to meet Kikuo Ibe

Many people collect G-Shocks as they’re released, and a lot of people were thrilled to have Mr. Ibe sign their watches. He was gracious when we met him, and very funny while telling the G-Shock history. Thanks to Tom from G-Shock, we made it up into the VIP lounge and I was able to see some of the great G-Shock metal watches on display there.

The VIP lounge is also where we caught the surprise band that began playing at 10 pm. We were promised a world class headliner, but no one knew who it was until the walked out on the stage. G-Shock delivered the goods with BADBADNOTGOOD from Toronto. Also known as BBNG, they infuse hip-hop with jazz to create amazing sounds. They’re so popular they’ve collaborated with Kendrick Lamar and Tyler the Killer.

Just like G-Shock has a style all its own, BBNG has a sound all their own. The crowd loved them, and it was a fitting end to an event celebrating a true trendsetter like Kikuo Ibe.

What sets a G-Shock watch apart

G-Shock stands for Gravitational Shock. These watches offer extreme durability and a style that’s immediately identifiable as a G-Shock watch. There are many different G-Shock collections including Edifice, G-Steel, G-MS, and Limited Edition models that include Baby G styles.

These watches are long on life-span, but they aren’t short on style. Take the MT-G, also known as the Metal Twisted G-Shock. This is a watch you can wear out to a business formal dinner or while you’re repelling off a cliff. It has features to spare including:

There are also a lot of G-Shock styles made from traditional materials with traditional styling. These watches look great on your wrist but they can take a beating on a daily basis.

Everyone can enjoy the benefits of a long-lasting G-Shock, but these watches are absolute must-haves for firemen, military personnel, surfers, and anyone who hits the ground running in the great outdoors.

Enter to win your own G-Shock

The event with Kikuo Ibe may be over, but you can give yourself the gift of G-Shock when you enter to win one of these amazing prizes!

Entering this contest is easy, but you can only enter once. In a comment beneath this article, tell us what adventure you’d take your G-Shock watch on. Would you hike to the top of a mountain, scale a sheer rock face, or dive deep in the ocean? Maybe you’d wear it on a more relaxing adventure like kicking back in your pool this summer; whatever you choose, share it with us in a comment and you’ll be entered to win.

At the end of this contest we’ll select 3 winners for the following amazing prizes.

Grand prize: The G-Shock DW5600HR-1 Black X Red Heritage Color series watch. This is an exclusive watch with the strap signed by Mr.Ibe, and it’s one of a limited number signed in Canada.

You can wear this exclusive watch with pride knowing the founder of G-Shock signed it, all while enjoying the shock resistance, 200 meter water resistance, and magnetic resistance you’ve come to know and love from G-Shock. It has an EL Backlight with Afterglow and flashes with buzzer for timer countdowns, time ups, and hourly time signals.

Second prize: The G-Shock AWG-M100 sport watch. This sports watch is powered by the sun and will automatically check into radio transmitters in 5 different countries for precise timekeeping. It’s shock resistant, water resistant up to 200m, and the solar battery will last up to 6 months after an initial exposure to sunlight.

Third prize: The G-Shock MTG-M900DA sport watch has resilient Shock Resistant construction. It can stand up to everything from shallow-water diving to rock climbing and not miss a beat. With a long lasting steel band and solar battery that can last 9 months on a single dose of sunshine, it’s the perfect watch for every day.

This contest runs from June 13th until June 27th.

Remember you can only enter once, but if you want your friends and family members to have a shot at winning one of these amazing prizes, be sure to share with them too. 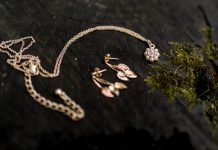 Three Jewelry Items Every Woman Should Own 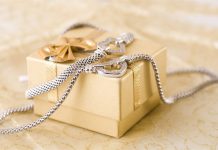 Why jewelry is always a great gift 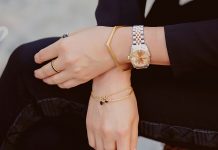