Best Buy Blog
Home Computers, Laptops & Tablets iPads Tablets & eReaders Top 5 tablets that do everything a laptop can do Tablets are computers, but they aren’t necessarily the same as full-fledged laptops or desktops that offer the full breadth in hardware and software. That paradigm is slowly shifting, now that some tablets are being designed as full-on laptop replacements capable of creating content in much the same way. There are five tablets that do stand out in that regard, with promising abilities to help boost productivity, while shedding weight.

Falling under what can be considered a ‘replacement’ does have some unofficial criteria. A screen size in the 12-inch range, 2GB of RAM or more, plenty of storage, plus the ability to run Microsoft Office and other important apps. The idea here is that the tablet has to pull its own weight in creating content. Consuming content is easy enough. You won’t have a problem streaming video or surfing the web with any of these, but the real magic is in how they do both.

However, it’s a distinction that should govern what you’re looking for. If productivity is a big deal, getting a standard tablet probably won’t cut it. The horsepower and compatibility simply isn’t there to handle serious tasks.

Then there are the accessories. Keyboards are the most obvious because of the typing and input that provide a laptop-like experience. A stylus might be necessary if the work you’re doing in school may be more art or design-focused. Fine-tipped styluses to act like pens or pencils, or those emulating brushes, are readily available. Cases to protect the tablet? Easy enough to find, and some could fit the keyboard and charger, too.

Tablets do offer some versatility, and certainly some portability that is hard not to like. And one of these five devices may be the one that you’re looking for. 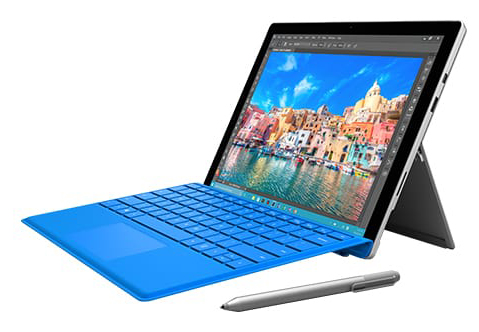 Microsoft has seriously tried to push the Surface Pro line as a real laptop replacement, squeezing everything it can under the hood to add power and performance. While not a perfect storm, it’s hard to complain about the overall package. There are various configurations to choose from, so it will depend on how much power you truly need.

The 12.3-inch PixelSense display has a solid resolution of 2736 x 1824. Processor options begin with the Intel Core M, right up to Core i5 and Core i7 for faster performance. There’s also 4GB of RAM, right on up to 16GB if you need to go that high. The suite of ports (USB 3.0, microSD reader and Mini DisplayPort) is sufficiently good. A full desktop version of Windows 10 also affords you the chance to run any program you normally would on a Windows PC.

The Pro 4’s kickstand has more angles to lean back on, making it easier to prop it up, though it may need some adjustment when resting on your lap. The Type Cover doesn’t come bundled with the Pro 4 in the box, but is a must if you want this to be a laptop replacement. The Surface Pen really depends on whether you need that kind of input or not. 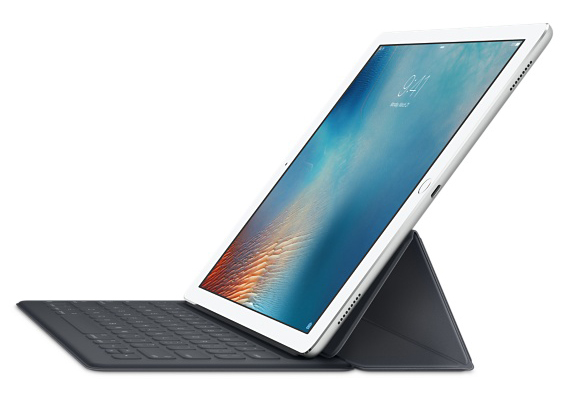 This is Apple’s attempt at a laptop replacement. It’s more than just an oversized iPad — rather it’s the same operating system running on hardware that should be good enough to run a Mac. The gap between iOS and macOS is supposed to be closed further with the launch of both macOS Sierra and iOS 10. Apple likes maintaining a distinct identity between the two platforms, so compatibility will improve, but they aren’t merging.

In that sense, Mac and iOS versions of an app are not going to be the same. So, the version of, say, Office or Photoshop, won’t be synergized entirely. Even so, the premise is that there’s enough on the software and hardware side to make the iPad Pro 12.9 a solid productivity tool.

The 12.9-inch Retina display is the most obvious thing to note because the design is otherwise the same, only bigger. A more powerful A9X processor makes for much faster performance. As a tablet, the device delivers plenty.

However, in fairness, the iPad Pro might be better suited to creative types who need the larger display. The reason for that is because the artistic and creative apps that previously struggled with past versions of Apple’s tablet can now run on the Pro with aplomb. Keyboards and styluses are abundantly available for this model, so accessorizing the device is not going to be difficult. 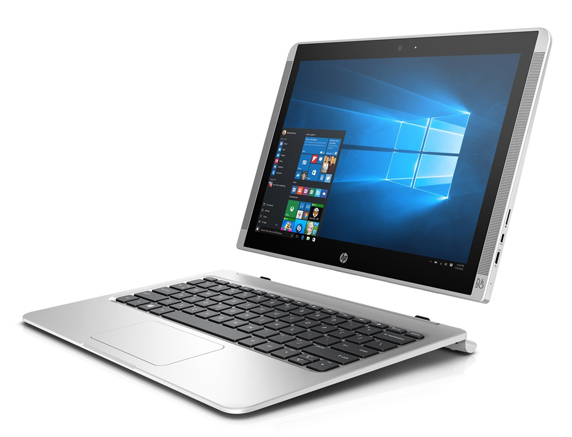 This is a model that looks a lot like a laptop, but is detachable to become a standalone tablet, too. The 12-inch IPS display tops up at a resolution of 1920 x 1280, which isn’t has high as others in this group, but should be good enough to enjoy looking at. The Intel Core M processor and 8GB of RAM make the HP x2 better suited for a lighter workload. Serious video-editing or production would be slower on this machine, whereas word processing and photo-editing could be just fine.

The display can detach and be placed on backwards for easier access to touch or as a way to prop it up like a tent — both great for watching content. The other bells and whistles you would need are here, including USB 2.0 and USB-C ports and audio speakers made by Bang and Olufsen.

You have a full version of Windows 10 at your disposal. The 128GB of internal SSD storage isn’t a huge amount if you have large files, but the size is very much in line with others in this list. 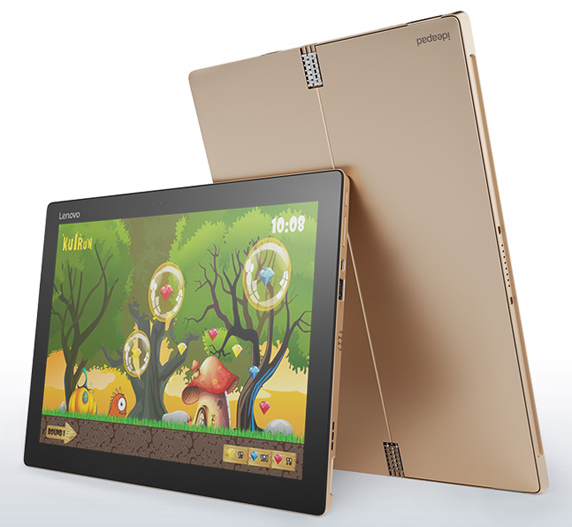 Unlike the Yoga tablets that fully tilt back 360-degrees, the Miix 700 is a detachable unit that separates the screen and keyboard. The kickstand in the back is what props up the display, even when it’s not connected to the keyboard.

The 12-inch display is a nice 2160 x 1440 resolution, complementing the slick keyboard that comes with the unit. There are different configurations of the Miix 700, all running on Intel Core M processors of varying sizes and clock speeds. RAM also gets a boost with the more powerful configurations, starting at 4GB on the lower end, up to 8GB. Storage starts at 128GB, up to 256GB, with microSD storage expansion (albeit limited to an extra 32GB).

Here, too, every Miix model runs on a full version of Windows 10, so you can run full desktop apps. If you need more power for the work ahead of you, skew toward the higher configurations to get more robust performance. 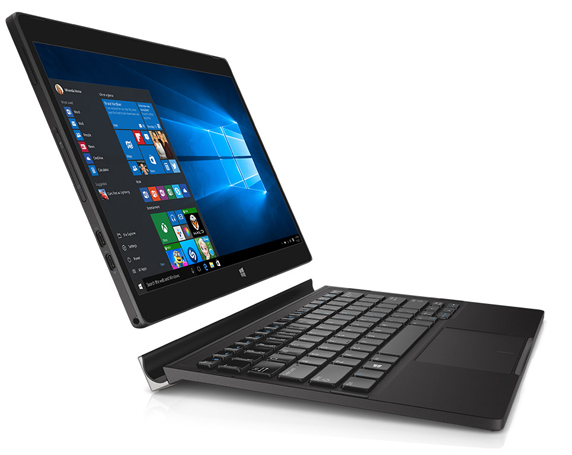 A convertible device that splits in two like the others, the Dell XPS 9250 is a standout for its 12.5-inch display in 4K resolution, four times that of 1080p. This could be a handy spec to have for those who will be working on visual programs, given the detail such a screen could provide.

Running on an Intel Core M5 processor with 8GB or RAM and 256GB of storage, the XPS 9250 has the chops to handle complex tasks. Speedy enough to move quickly, and powerful enough to run demanding software, this is a device that should be capable in getting the job done. USB 2.0 and USB 3.0 ports ensure that connectivity isn’t an issue.

Windows 10 is preloaded on the machine, offering anything the operating system would otherwise run on a laptop.