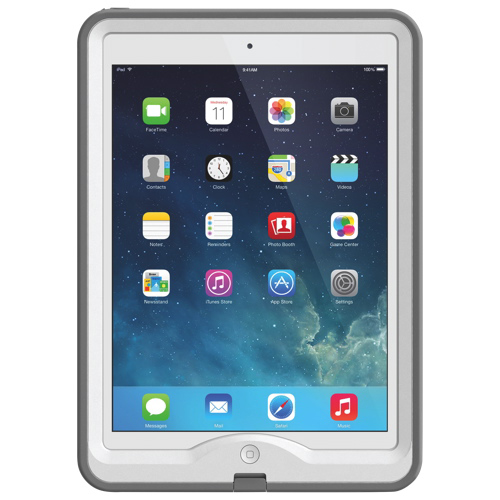 Whether you have a iPad Air or iPad mini you’ll want to keep it safe. Lifeproof now offers two new covers to protect your Air device.

Both promise to make your iPad and mini iPad waterproof, dirt proof, snow proof and shockproof.  That’s a lot of protection. We tested both lines to see what were their differences and whether they delivered on their protection.

Both the Lifeproof nüüd cover and the Lifeproof frē cover deliver great protection and guarantee waterproofing or two meters (6.6 feet) of submersion for 30 minutes. Shockproofing (being dropped) is for up to 1.2 metres (4 feet).

Both are rated at The international standard for Ingress Protection (IP). 6 is the highest rating for solids. 8 is the highest for liquids. IP-68 rated cases withstand circulating talc for 8 hours and water immersion to 2m for 1 hour.

Military Standard 810F-516 addresses the shock proof rating. This rating means the cover can withstand being dropped and shocked – infrequently though. (If you are constantly dropping or abusing your device nothing is going to save it.)

The major difference between them is how the screen is protected. The nüüd leaves the Air retina screen open to direct touch while the frē completely covers the touchscreen. 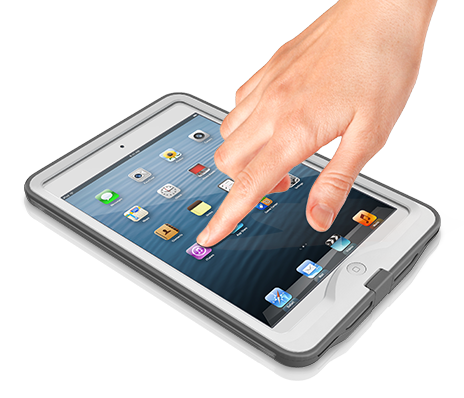 I’m protective of my iPad tablet, especially since I am a bit clumsy but I also really like the touch screen. So, I was interested in the nüüd iPad Air since it combines a hard shell but with complete screen clarity.

The nüüd iPad Air is definitely thinner, lighter, stronger than other all-protective cases despite the hard shell. Its mimics the slim design of the iPad Air with a thin profile that hugs the tablet but still gives full access to all buttons and ports. A clear back shows off the logo.

Obviously there are more concerns about getting a watertight seal when the screen is left exposed.While it guarantees that every single case has been water tested – twice – it also provides a test unit in each case. To alleviate our fears, Lifeproof includes a test kit for each of the nüüd cases. The first thing you see inside the packaging are instrucutions on consulting the manual for water test instructions.

Testing the cover is relatively easy. You insert the stand-in plastic liner and line up the rubber ring and snap the two sides of the lid together to create a water tight seal. My first time around the seal wasn’t tight enough. After letting it dry, I resealed the lid closing the port door and headphone jack, I submerged it into water for the full 30 minutes. There were no leaks second time around. Both the nüüd iPad Air and the nüüd iPad Mini are guaranteed for two meters (6.6 feet) of submersion for 30 minutes. Chances are yours won’t be spending that long in the water.

When it came to adding my iPad, nüüd iPad Air clicked into place for a snug fit around the tablet so that the only exposed part is the touch screen. I tested along the edges to see how tight a fit there was. It does hugs the edges for a good fit. With such a tight seal, no dirt is going to touch either your iPad or iPad mini.

The cover lined up perfectly with the iPad controls so there is still access to the ports and buttons. The Lifeproof Crystal Clear camera lens is covered with anti-reflective optical glass so there is nothing in the way. The speaker is covered with a special type of pad that LifeProof calls the “ Sound Enhancement System.” The sound was decent but certainly not speaker quality. Audiophiles may want to add an external Bluetooth speaker such as the Rocketfish or the iHome – Portable Speaker. The headphone jack did has easy access though. 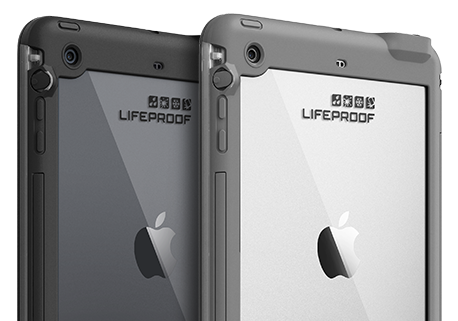 Lifeproof has taken some of the elements from earlier cases and added those to the new frē. There are two parts, a plastic front frame and mostly clear back. The back frame around the clear is rubberized, and includes button and microphone protection, plus removable strips. To install, you snap the front and back pieces together.

The Lifeproof frē cover doesn’t come with a test unit inside but still needs to be water-tested before installation. It’s the same procedure the first time around. What’s missing is the plastic sleeve that came with the nüüd case.

The Fre is also dust proof and shock proof and does have a bit of a bounce when dropped – I tested it without the mini first and felt confident it was going offer protection from being dropped.

Snapping the case on require some force. You have to press down hard enough to hear the snap for the case to be fully installed. I needed to go around a few times pressing the edges to make sure it was fully installed (what I didn’t do for my first test with the nüüd iPad Air and the nüüd iPad Mini). A bottom flap covers the Lightning port and easily snaps open or shut. The two waterproof speaker slots are on either side of the Lightning flap and the audio is decent. 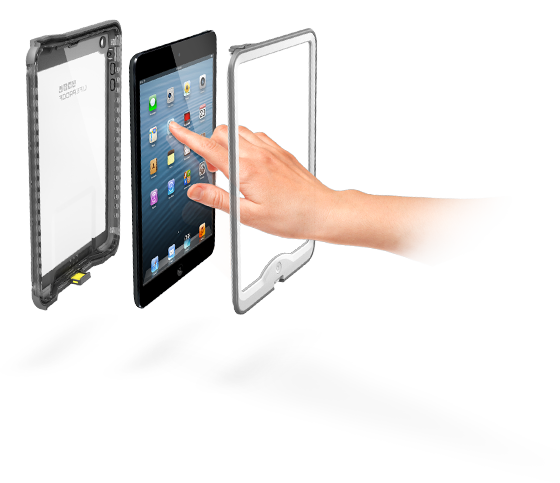 The built in scratch-protector is ultra flat and very clear. While Lifeproof says its “virtually invisible” to the eye and touch, I did notice a difference. There’s no way getting around the fact there is a piece of plastic between you and the touch screen. It’s not super obstrusive but I did find it had a bit of reflection under certain lighting depending on the angle the light was hitting. There was a very slight grainess to the screen. My teens said it was because I needed to clean my glasses since they weren’t bothered by the screen. The touch input was perfect with a quick response and no lag time. It was easy to overlook to slight change in optics.

Removing either device from other the Lifeproof nüüd cover or the Lifeproof frē cover difficult. You can’t just pop the cover off but have to push a coin into the thin slot along the bottom and use force to separate the two halves of the cover. This is a very strong seal, which made me confident it was going to offer maximum protection.

In the end, I preferred the nüüd iPad Air and the nüüd iPad Mini while my teenager when for the full protection offered by frē iPad mini and the frē iPad Ai. They liked the idea of being able to just toss it into their bag and go.  Neither of us wanted to use the strap — a good idea if you want to carry the iPad around your shoulder and go solo – we just carry too much stuff to make strap useful.

Whether you got for the Lifeproof nüüd cover or the Lifeproof frē cover, these cases are worth the investment to get full protection. They are more expensive than other cases but paying a bit extra for piece of mind is worth it. I like being able to use my iPad at the pool without being paranoid about any unplanned splashes.

What kind of protection do you prefer for your iPad tablets? Besy Buy has a great selection of protective cases so you can find your perfect fit.