One of the more popular features portable speaker manufacturers have begun adding in recent years is the ability to pair two speakers so they both play music from the same source. This gives you a much fuller sound that more closely replicates the audio experience of a traditional stereo system. Of course this requires buying two speakers, so there’s a limited subset of people who take advantage of the capability, but for those who do the difference between one speaker and two is considerable. Think about the sound you get out of your favourite Bluetooth speaker, then imagine a second identical speaker placed three or four feet away; or even in the opposite corner of the room. Suddenly the sound has a stereo presence and far more depth.

Depending on the speaker system, this may be true left and right channel stereo, or it may be the same audio stream played simultaneously through both speakers. While the actual stereo version is preferable, doubling up the audio is still a big improvement over a single speaker. 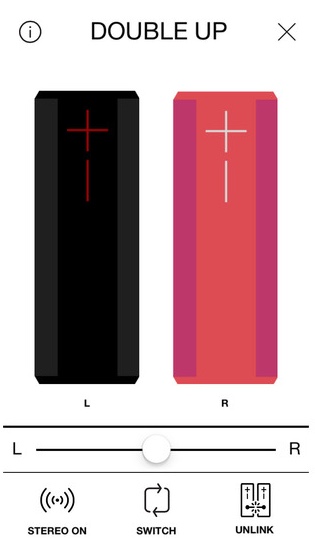 Using Bluetooth Speakers with your PC

Bluetooth speakers work well with your PC. I often connect my laptop to an 8-driver Fugoo Tough XL Bluetooth speaker when I’m working outdoors. That sounds pretty awesome, especially when compared to the laptop’s built-in speakers, and there are no wires to worry about. However, the audio doesn’t have a whole lot of depth, at least in comparison to a traditional stereo system. You need drivers that are placed six feet or more apart to get that effect.

The problem when it comes to a PC is that most Bluetooth speakers are designed to be used primarily with mobile devices. That’s not an issue when you’re connecting to a single Bluetooth speaker, but when you want to set up two with your PC things get tougher. First, you have to choose a Bluetooth speaker that supports multi-unit pairing. And you’ll need two of them. Then, because many manufacturers rely on a mobile app to control the choice between true stereo sound or having both speakers playing the same thing, PC users can be left without the true stereo option.

For example, Ultimate Ears’ popular UE BOOM offers a “Double Up” feature that lets you connect two BOOMs. The preferred method is using the UE Boom app—which is available for Android and iOS only—and this lets you choose the option of stereo sound, with one BOOM playing the left channel and the other playing the right. According to UE support, there is no PC equivalent of that control, so you can’t choose the stereo option. However, you can still connect on BOOM to your PC using Bluetooth, then pair the second one to it using a button combo and enjoy audio from two speakers. It’s just not true stereo …
Wi-Fi Speakers

Like Bluetooth speakers, Wi-Fi speakers are wireless, but they have many advantages. For example, Wi-Fi speakers have much further range than the typical 10 metres or so for Bluetooth (although that’s not a big issue if you’re using two speakers in a single room), they support higher quality audio (uncompressed in many cases), and they are ideal for setting up multi-room systems. Wi-Fi audio takes many forms including Google Cast and Apple AirPlay. Some speaker manufacturers like Sonos use a proprietary Wi-Fi connection, requiring their own hub.

In general, Wi-Fi speakers require a larger investment than Bluetooth portables, but the audio produced tends to be higher quality. More importantly in the context of this post, setting up true wireless stereo audio for your PC is easier. I’ll use Sonos as an example. The company is a Wi-Fi audio pioneer and I’ve had several of their systems here to try out, including the PLAY:1 and PLAY:5. Setting two of these up as left and right channel stereo for use with a PC is a breeze. You literally open the Sonos software and in the Settings select “Separate Stereo Pair.” Done. 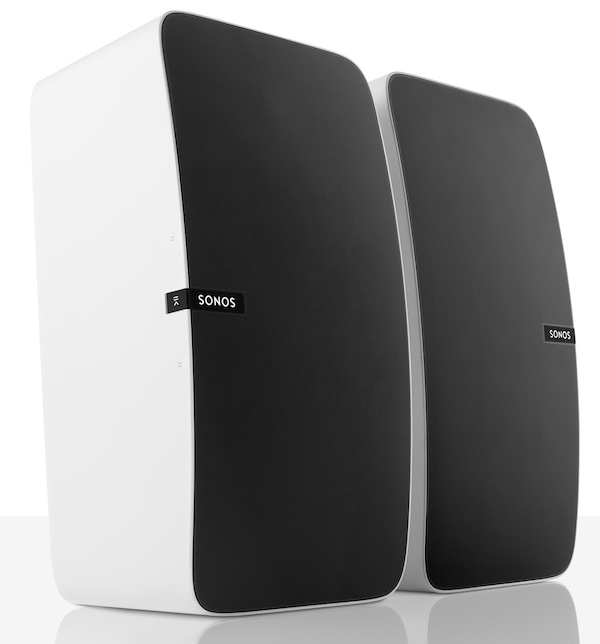 You’ll find other premium audio companies who offer left and right channel stereo compatibility with their Wi-Fi speakers connected to a PC, including Polk Audio and Denon.

Should I Pick Bluetooth or Wi-Fi?

This is one of those questions that doesn’t have a right answer. Or rather it has a bunch of “right” answers, but that is going to vary depending from person to person.

In favour of the Bluetooth option—even if it’s a single speaker or a pair of speakers playing the same channel instead of true stereo sound—the cost is likely to be less. In addition, almost all Bluetooth speakers are able to go fully wireless, operating on battery power. That’s really useful for doing double duty if you want tunes to go. Most also let you use them as a speakerphone. Average users may not even be able to tell the difference between Bluetooth and Wi-Fi speaker audio (despite Bluetooth compression), especially if they’re streaming 256Kbps source tracks like Apple Music.

In favour of Wi-Fi speakers is higher quality audio (if you can take advantage of it), longer range and less fuss finding units that are capable of delivering true two-channel stereo when connected to a computer. Wi-Fi speakers can be added to one unit at a time, offering the ability to build a home-wide network of synchronized music and your PC can be part of that network. You also don’t have to worry about annoying system alerts being played through the speaker, as happens with Bluetooth.

Either way, you won’t lose. No matter which option you choose, sound is going to be far better than your computer’s built-in speakers, without the tangle of wires needed to connect a traditional setereo or computer speaker system. Put a pair of Sonos PLAY:5’s in the room and I can guarantee you the sound you get from your computer won’t just be better, it will be spectacular.