Smartwatches, augmented reality glasses, fitness trackers –any compact extension to your smartphone or tablet– is firmly in Google’s sights with the announcement of Android Wear. What is Android Wear? It’s a push to extend Android to those smartwatches and wearable devices, using a standard API and developer tools so Android apps for smartphones and tablets can be ported to, or seamlessly integrated with those wearables. Google is working with developers and hardware partners like Samsung, Fossil and LG on the Android Wear Initiative. And you’ll see two Android Wear-powered smartwatches at Best Buy Later this year: the Moto 360 and LG’s G Watch.

While new smartphones and tablets continue to be high on everyone’s wish list, a lot of the excitement in the consumer technology industry is centred around wearables. Smartwatches, glasses, fitness trackers and other wearable devices are cutting edge and just starting to hit prime time .

During this early period of explosive growth, consistency is often lacking. Some devices use their own operating system, some integrate with specific devices but not others and some have powerful sensors (like heart rate monitors) but sharing that data with mobile apps isn’t the smooth experience it could be.

They all work well on their own, but they could be even better as part of a fully integrated platform.

That’s where Android Wear Comes in.

The idea of Android Wear is that wearables would be a whole lot more useful if there was an underlying platform developers could rely on. Android Wear provides a library of APIs and a standardized SDK –tools that developers can use to communicate with any Android Wear-compatible device to share information in both directions.

So with Android Wear, a device can pass information collected by its own sensors to an app on an Android smartphone or tablet. Conversely, that mobile device can pass information like notifications to the wearable device. This two-way communication will support the use of more advanced features like being able to ask Google Now to make a restaurant reservation by speaking into a smartwatch (which then passes that request on to your smartphone to do the heavy lifting in the background).

Here’s a promo video that gives a good idea of what the Android Wear team is going for:

We don’t know a whole lot about the Moto 360 (below) other than the fact that it’s a beautiful piece of hardware (with a stunning round watch face), it will be Android Wear compatible and it’s coming in 2014. 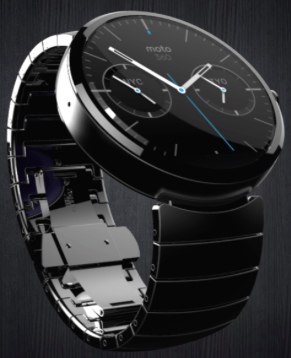 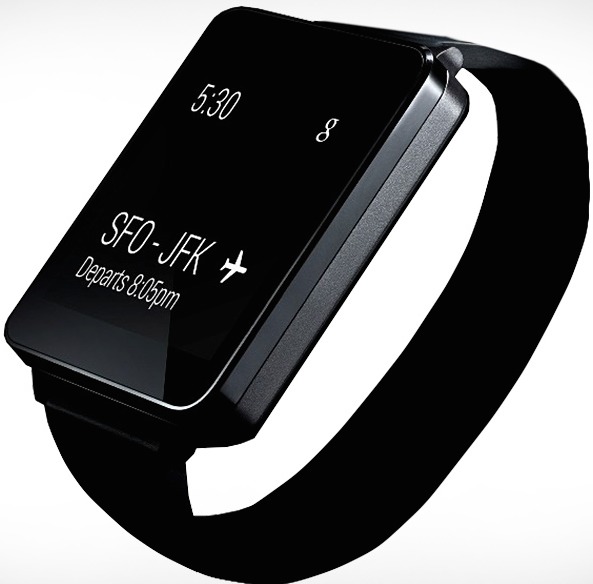 Another mystery device, the G Watch from LG (right) is a second, highly anticipated Android Wear device. Although it’s a more traditional rectangular-faced smartwatch, the prototype has no visible buttons or ports and it looks pretty sleek.

Hardware, miniaturization and sensor technology has reached the point where wearables are not only possible, they’re one of the hottest trends in consumer technology. Android Wear is aiming to be the platform that lets all these devices, smartphones and tablets seamlessly share information and interact with each other. That’s an exciting development.

Look for those Android Wear devices –the G Watch and Moto 360– at Best Buy later this year. In the meantime, if you want to check out the state of the art in the current generation of smartwatch technology, you can’t go wrong with the award-winning Pebble.