The idea of virtual reality gaming was not much more than a pipe dream for many years. It is only recently that technology has advanced enough to make VR viable for home consumers. However with huge leaps in quality and affordability now happening regularly, a VR headset can finally take your PC gaming experience to another dimension. What is virtual reality?

In the most rudimentary terms, virtual reality is an immersive environmental simulation experience generated by a computer. Virtual reality most often makes use of a “VR headset” to provide users with audio and visual feedback. VR setups (or “rigs”) will normally include some method of handheld controller input as well, which may provide additional haptic sensory feedback.

The primary objective of virtual reality is to provide a more immersive sensory experience than a traditional screen/monitor interface. By utilizing a closed headset with tracking software, virtual reality responds to users’ movements and ultimately gives a sensation of existing inside an artificial environment. It’s the closest thing players can get to feeling like they are “inside” a video game. The game-changing potential of VR

While the concept of virtual reality has been around since the early days of computing, the technology required to bring it to fruition kept true VR squarely in the realm of fantasy for decades. As a young gamer growing up in the 90’s I remember dreaming about virtual reality as the potential yet unreachable apex of what gaming could be.

Television programs like the Canadian animated series Reboot made us wonder just what it would feel like to actually be inside a video game. I recall another children’s program—a game show—that used green screen technology to make it seem as though contestants were really part of the action. And who could forget the episode of 90’s sitcom Mad About You where Paul Reiser’s character used a fictional VR rig to “meet” iconic model and actress Christie Brinkley?

Virtual reality tech has finally crossed a threshold where these impossible concepts are becoming tangible. Even now virtual reality can offer a realistic enough sense of engagement to truly transport PC gamers to whole new worlds. For the first time in history, 360 degree visual and auditory immersion is both achievable and readily available to the general public.

VR doesn’t just have the potential to improve the PC gaming experience, it takes it to an entirely new level. Imagine sitting in the cockpit of a fighter jet, moving in one direction while you shoulder check the opposite way to spot the bogey on your nine. Envision deep sea wildlife viewable from all directions as you plunge into a simulation of the unexplored depths of the ocean. These once unfathomable experiences are now possible with recent advances in modern VR. When it comes to virtual reality in PC gaming, there are two chief competitors. Both of these hardware manufacturers continue to push boundaries to offer the best VR experience. Here is a look at the leaders in PC virtual reality technology.

HTC has quickly become an industry leader in virtual reality, first with their standard HTC Vive headset, and more recently with the even more powerful HTC Vive Pro. It doesn’t hurt that HTC also has a strong partnership with game developer and distributor Valve Corporation. Their digital storefront “Steam” is currently dominant in the commercial PC gaming space.

With the recent introduction of the Vive Pro, HTC may just currently be the front runner for the premium VR experience. Its higher resolution display and integrated audio are just some of the features that elevate the Vive Pro to another level. I have had the pleasure of trying multiple VR rigs currently on the market, and in my opinion the HTC Vive Pro (which I reviewed in September) leads the pack in providing an immersive VR experience. When considering a VR headset, you’ll want to be certain your PC meets the minimum requirements to operate. Virtual reality is advancing every day, but it still requires a robust system to operate at optimal capacity.

The other factor to consider when choosing a VR headset is space. The movement tracking camera software that is integral to the VR experience generally requires a minimum distance in order to operate properly.

The HTC Vive and HTC Vive Pro use 2 diagonally mounted cameras (one front and one rear), and can track movement in up to a within up to a 3.5m x 3.5m space. To get the maximum benefit from Vive, you’ll want a large open area that allows freedom of movement.

The minimum scale size for movement with the Vive and Vive Pro is 2m x 1.5m. Conversely, there is no minimum space requirement for stationary standing or sitting activities. The Oculus Rift is another headset leading the charge for virtual reality—and one of the first to bring VR to the mainstream marketplace. Its 2012 Kickstarter campaign and subsequent sale to Facebook in 2014 were both major headlines during the emergence of modern VR technology. Thanks to its crowd-sourcing origins, the Oculus Rift went through a number of publicly transparent prototypes and revisions before ultimately landing on the open market.

The Oculus Rift shares the same minimum recommend play area of 2m x 1.5m as the HTC Vive, with an area of 3.5m x3.5m being recommended for maximum benefit. Oculus also notes that any activity (stationary or not) utilizing its “Oculus Touch” controllers requires at least 1m x 1m of space, but the standard 2m x 1.5m play area is still recommended. PC gaming is more realistic and immersive than ever before. Virtual reality is on the forefront of delivering these new incredible experiences. VR is finally becoming what was once pure fantasy.

Investing in a VR headset can transform your gaming experience. Go from the equivalent of staring through a window to stepping into to another world—one that completely surrounds you.

Be sure to check out Best Buy for all the latest and greatest in virtual reality technology. 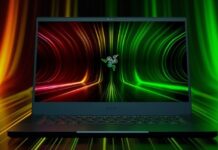