It can be tough on the wallet being a gamer and trying to keep up in today’s high-definition and system-crunching world of top-tier gaming experiences. Not only do you need to fork out for a kick-butt PC that’s beefy enough to churn out the ultra-realistic graphics and action (as well as a few accessories such as a gaming mouse, keyboard, headphones and mic, plus maybe a gamepad or joystick), but you also certainly need a monitor. One designed specifically to display those high-end graphics with bright, vibrant colours, blackest blacks, plus as little lag and blur as possible. Fortunately, there exist a few gaming monitors out there that offer mind-boggling refresh and response rates, meaning smooth and sweet-looking graphics, and all at a pretty affordable price point. Acer’s XF240H 24″ FHD 144Hz 1ms TN LED FreeSync Gaming Monitor is just such a monitor, and here’s my review.

Straight out of the box and usual Styrofoam packaging, the Acer XF240H comes with power cable, DVI and DisplayPort cables, plus the standard manual and warranty documentation. The sturdy stand comes in two pieces that you have to screw together. However, what struck me most when I first pulled everything out of the box and packaging was how light the monitor itself felt. Seriously, it may be one of the lightest 24-inch monitors I’ve ever hefted. That makes it super easy to snap it into place on the stand, which together makes the whole thing very solid.

Aesthetically, the Acer XF240H features a simple, basic monitor design that’s in keeping with the product’s affordability. The stand and monitor have a matte black finish, with a distinct red stripe around the base of the stand. I actually like the look of that red stripe at the base of the monitor. Most monitors I test are just black. Black stand. Black base. Black bezel on the monitor. It is nice to see a little splash of colour thrown in there for the sake of being distinct. The solid stand also has a little square hole to help you keep all your cables tidier, however it would’ve been nice to have a cable management clip or something, as well.

The bezels surrounding the monitor panel are thin enough to be unobtrusive on your viewing experience, or if you were to use two of these babies in a multi-monitor display setup. As you would expect, the various on/off and settings buttons are located on the monitor’s bottom right side. The buttons are solid enough and give a satisfying feel when depressed. I do really kind of wish monitor companies would just agree to start universally putting monitor buttons on the underside of the bezel for the sake of better aesthetics. However, the appearance of the outside of the monitor is not why you purchase a gaming monitor, right? You want sweet graphical performance. So, let’s see how the Acer XF240H does.

Alright, let’s get into the specifications and specifics of this gaming monitor. The 24-inch TN panel monitor offers full HD 1080p display with a native resolution of 1920 x 1080. It has a 1ms response time with a 144Hz refresh rate, which is enhanced by the monitor’s AMD FreeSync technology to eliminate tearing and produce smooth gameplay. The Acer XF240H also offers 1000:1 contrast ratio, which is something you want in a gaming monitor. It also comes equipped with Acer EyeProtect technology, as well as flicker-less technology and blue light filter to help reduce strain and fatigue on your eyes while you’re mowing down baddies in your favourite first-person-shooter, or friends in Fortnite for hours at a time.

The Acer XF240H does feature built-in speakers. However, as you know, most gamers opt for a good set of headphones with a microphone, so you will likely never use them. Plus, they did sound a little tinny to my ears. But really, what can you expect from small built-in monitor speakers? It is a thoughtful and welcome addition to the whole package, though.

For testing purposes, I hooked the Acer XF240H up to my gaming laptop and tried out a few of my favourite titles. Destiny 2 is a good game for testing the graphical performance of a monitor, in my opinion, as it features stunning graphics and fast gameplay, requiring a nice PC setup if you wish to truly enjoy the high-quality rendering. I’ve also gotten quite addicted to Fortnite: Battle Royale, along with the rest of the known world it seems, so I also spent a fair bit of time getting my butt handed to me by 12-year-olds in that building and shooting hybrid title.

I found I did have to fiddle with the brightness settings at first, as the colours did seem a bit washed when I first logged into Destiny 2. But, after some minor adjustments, the game looked sweet! I currently run a more expensive 24-inch monitor with my gaming desktop PC, and the image quality was very comparable, verging on identical in quality. I saw no noticeable ghosting or lag, and the colours were vibrant, bright and alive. Equally, games such as Fortnite looked great, and the monitor rendered everything fast, with clear, non-tearing graphics. On everything I tested, the monitor looked great, performing as smoothly and beautifully as my more expensive monitor.

At its current price point, the Acer XF240H is one of the best 144hz monitors you can pick up. It’s light, has a simple design, and not too many bells and whistles. However, it is specifically designed to make your games look great, and keep your eyes from getting too strained from long gaming sessions. Really, what more do you want? Sure, you may have to fiddle with the settings a bit to get the brightness perfect, but once you do; you will love how your games perform on this baby. So, if you’re looking for a sweet gaming monitor without having to spend a fortune, Acer’s XF240H Gaming Monitor is definitely worth a look. 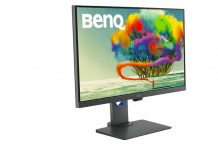