Enter for a chance to win a Kobo Nia ereader 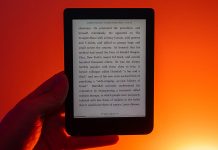