Netatmo has unveiled two new smart home devices to its current lineup at CES in Las Vegas, both of which are utilitarian and safety-conscious. One is the Indoor Security Siren, a unit that does exactly what its name implies, and the other is the Smart Smoke Alarm, which also does what you think it should. Both are smart in that they work through Netatmo’s mobile app for easy management and control.

In keeping with its continuous drive toward covering different aspects of a home, Netatmo’s latest duo isn’t quite as flashy as the Presence or Welcome cameras, for example, but integration does play a role in how they work. The Siren is meant for indoor use, and is effectively an accessory of the Welcome because that camera is required to make it work. They communicate with each other using Bluetooth LE (Low Energy), so the Siren must be set up in the same room as the Welcome. Easy to install on a wall or ceiling, the Siren will work on four batteries over a two-year lifespan, or it can be plugged in using a microUSB cable to an adapter in a power outlet.

It can hit a maximum volume of 110db, with the option to adjust that lower, if desired. It includes a loudspeaker with a variety of pre-recorded preinstalled messages to help deter intruders by saying “the police are on their way,” for example. Netatmo reps weren’t able to quantify how many there will be, but the idea is to choose from a selection of messages. Unfortunately, there will be no way to customize and record your own, and it’s unclear if the voice will be male, female or digitized. English and French will be supported out of the box.

The Welcome camera’s role is in how it detects faces and motion. If an intruder breaks in and is seen by the camera, the Siren will then sound off. Netatmo’s Tags can be used this way too, particularly for detecting motion. For example, a tag placed on the front door that detects movement or vibration can trigger the Siren to blare into action. Tags can be specifically chosen to pair with it, so you can be selective.

Motion can also be turned off to avoid roaming pets triggering the siren too. This does lead to a caveat worth noting, however. If an intruder were to be wearing a mask and broke into the home with a pet inside — and motion turned off — Welcome wouldn’t be able to detect a face, and in turn, the siren wouldn’t go off, either.

Netatmo says it is aware of this potential loophole, and is working to develop a workaround for it. A tamper detection feature is built-in, where you get a notification on your phone or tablet when someone tries to disconnect the siren or take it away. The siren also goes off under such a scenario.

Since the siren can be manually controlled remotely through the Netatmo app, it is actually possible to prank someone at home by turning it on while they’re going about their business there.

I did ask about IFTTT app integration, and there does appear to be some flexibility there. Though the Siren doesn’t work with Netatmo’s Presence camera directly through its own app, an IFTTT recipe can make them work together. Third-party security cameras can also be integrated this way, but a Welcome camera would still be mandatory to get the Siren working in the first place, so any other camera is an add-on. Next is the Smart Smoke Alarm, which uses photoelectric optical technology to detect smoke. It can sound its own siren at a max of 85db (as legally required), with real-time notifications sent to your phone when smoke is detected in the home. It can also send a notification to let you know it has performed tests and that everything is okay.

Netatmo rates battery life at 10 years, and the app has an indicator to show how much power is left before batteries need to replaced. Considering there have been home fires that have gone undetected due to depleted batteries, that is one convenient detail that can make a big difference.

It’s also designed for a simple do-it-yourself (DIY) install. Since no wiring is required, it only needs to be screwed into the ceiling. It is compatible with Apple’s HomeKit, but doesn’t have a direct functionality with other Netatmo devices like the Siren does. Other than accessing it through the same app as the Siren, Welcome and Presence, the Smoke Alarm doesn’t need to be connected with any of them.

Both the Siren and Smoke Alarm are expected to launch in Canada in the second half of 2017, though Netatmo wouldn’t be more specific as to whether that would be in the summer or fall. Here are the latest Netatmo products currently available. 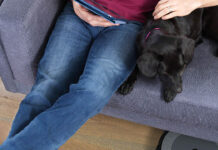 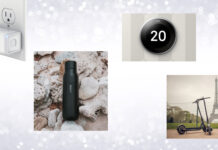