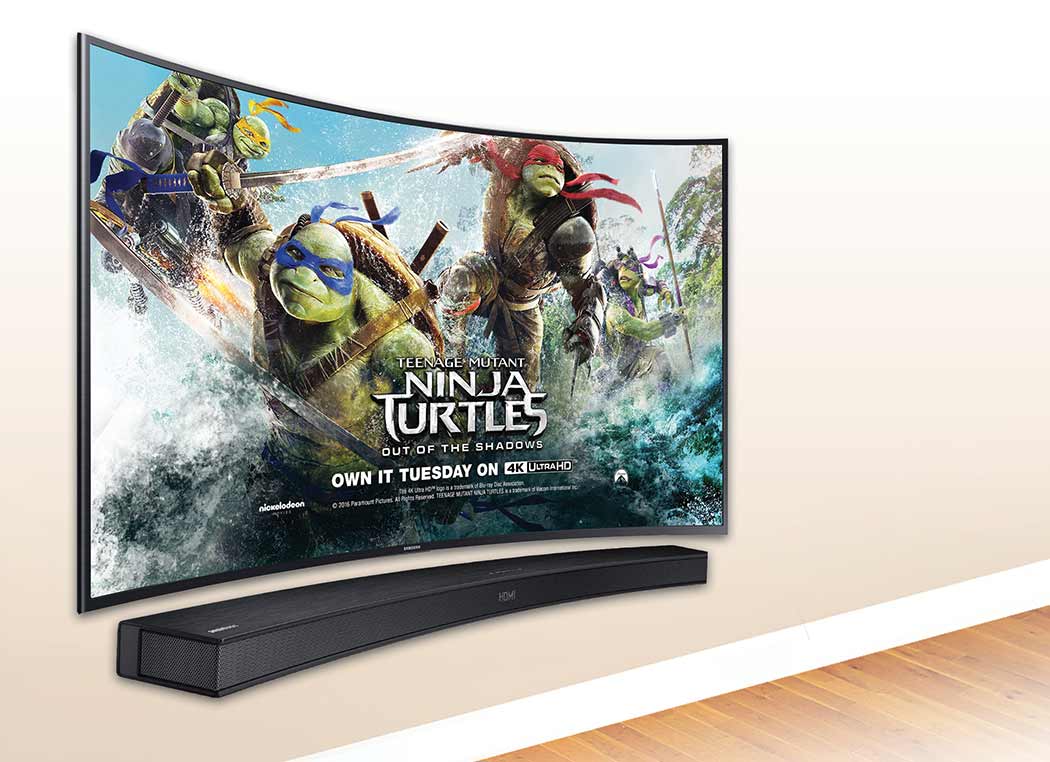 If you are like me, then you love Fall television. This is my favourite time to watch TV. There are tons of new series to choose from, and tons of great sports to watch. Wouldn’t it be great to have a fantastic new home theatre in your living room to showcase all of this entertainment? Samsung and Best Buy are going to make that a reality for the winner of this contest by giving away a new television and soundbar, all professionally installed by Geek Squad.

The Samsung television included in this prize is certainly one you want in your home.

Here are some of its features: 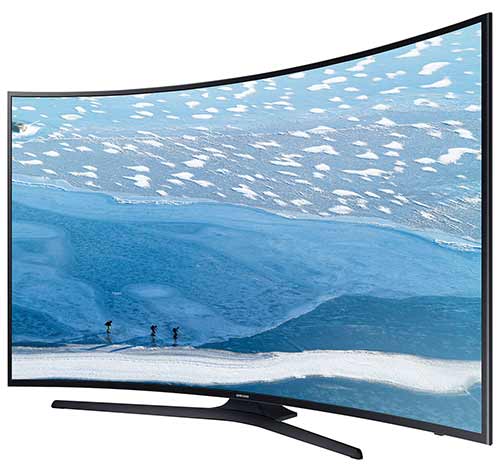 55 inch screen: the screen is certainly big, but it will feel even larger due to the tiny bezel around the outside of the television.

Smart TV: the Tizen operating system boosts the performance of your television and allows you to play apps and games. You can also stream the latest movies and shows from Netflix!

4K resolution: the future of television has arrived with stunning clarity. More and more 4K content will become available this year and this television has you ready to enjoy it all. Combined with HDR technology the colours will be incredibly vibrant and the image much more life-like.

Curved screen: This is my favourite new feature. No matter where you sit in front of the screen, in the middle, off to the right or the left, you will still see the same great image on the television.  It’s so cool!

As shown in the image above, you also get a matching Samsung Curved soundbar with Wireless subwoofer for amazing sound. Of course to truly enjoy this television and soundbar you should mount them on a wall. So we are including a Geek Squad Elite Service package that includes the TV mount, set up and installation!

Win this prize and all you’ll have to decide is what to watch first this fall! I think that will be a very tough choice. I mean there all the great sports: NFL games on the weekends, both the NHL and NBA seasons starting and of course the Baseball playoffs coming up. Or you may be keen to try one of the new TV series: Lethal Weapon (I’m a huge Damon Wayans fan); The Good Place looks like a winner given the expected chemistry between Kristen Bell and Ted Danson; and Designated Survivor should be another awesome undertaking for Kiefer Sutherland. Personally, I can’t wait to try the comedy Powerless starring Danny Pudi, (he was amazing as Abed in Community) and Vanessa Hudgens: it’s about insurance adjusters who have to cover the damage caused by superheroes.

What aspect of this prize are you most excited about? 4k resolution? Curved TV? Or perhaps it’s the prospect of watching NFL games on this amazing home theatre? Don’t miss out on your chance to win. Here are the details:

Remember you can enter twice for this contest in two separate comments below this blog article. To boost your chances of getting to enjoy this fantastic prize, share this contest with your family and friends. Tell them what you put down as your favourite new fall television show and perhaps, if they win, they’ll invite you over to watch it with them!