Every year Google holds a conference aimed at its developer community. Every year a preview of the latest version of its Android mobile operating system is shown and sometimes there are some surprise appearances —like the public debut of Google Glass at I/O 2012. This year, a wicked fast and new-look Android was revealed (it’s “L” for now, with no sweet-themed name attached), Android Auto was announced for connected cars, Google Fit confirmed the rumours Google is interested in your health, Android Wear showed off awesome new smartwatches from LG and Samsung while Android TV is another crack at conquering your living room. Basically, the theme was Android everywhere. Here’s what you need to know from Google I/O 2014.

If you have three hours to kill, skip the overview and watch the keynote (below). It’s worth watching reactions on attendees faces when they’re offered a free Google Cardboard (an app/cardboard box combo that recreates the VR headset experience on the cheap).

For everyone else, here are the highlights.

The world’s leading mobile operating system gets better with its latest version, Android L, due for release in the fall. Material Design will bring UI consistency across all the Android platforms (along with some nice new animation and 3D effects), 64-bit support has been introduced, notifications are improved while battery life and security are both bolstered. Google says performance enhancements mean smartphones and tablets will benefit from speeds of up to double what KitKat could manage, with “PC-like” gaming capabilities.

This isn’t likely to be a big deal in Canada, but Google introduced Android One, a hardware reference platform to help OEMs put together Android smartphones for $100 less to meet demand in emerging markets.

Apple’s CarPlay isn’t the only connected car platform in town now that Google has introduced Android Auto. Compatible cars get steering wheel or touchscreen control over Android smartphone apps. Google Now voice control works for everything else, enabling drivers to hear and dictate text messages, control music and ask for directions on their Android device. Android Auto-certified cars are expected to hit dealerships in the fall.

We’ve been hearing about Google Fit through the grapevine for months and now it’s real. It turns out that Google Fit is a platform/hub for keeping track of all your health and fitness data, with an API for tying fitness monitors and apps into the action. Withings, Adidas and Nike are among the names already onboard.

Google has taken a few runs at the living room, but never seemed to have much success —at least until it released the Chromecast. Android TV might just be the attempt that works. Featuring voice-enabled media searching, the ability to use your Android device as a remote (and to use it to Cast content a la the Chromecast) and onscreen gaming, Android TV will be incorporated into Smart televisions from Sony and Sharp, and available as a set-top box from Razer and Asus. 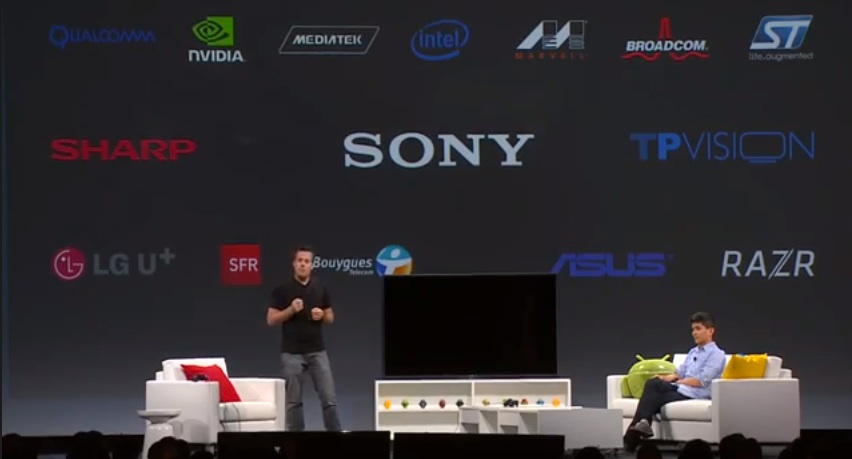 Finally, Android Wear had an extended period in the spotlight with LG’s long-awaited G Watch serving as the hardware eye candy. In fact, the Android Wear details are so interesting they deserve their own post (look for that tomorrow), so I’m not going to touch on it here, other than to say Android Wear is making it look as though 2014 will be the year wearable technology takes off.