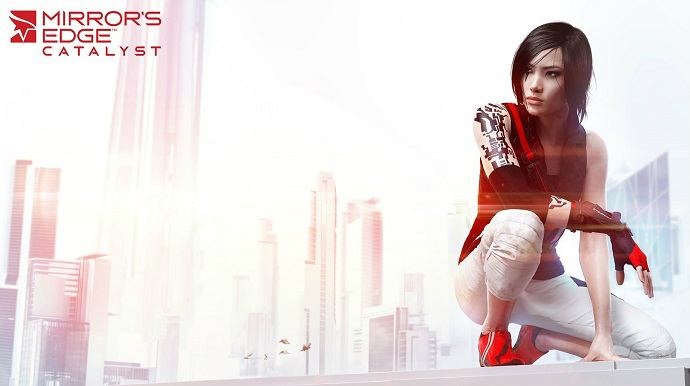 The summer months are rapidly approaching, and while that typically coincides with a slowdown in game releases, June is anything but. There are so many incredible titles arriving soon—across all major gaming platforms—you’d practically think the fall rush is upon on. Games like Mirror’s Edge: Catalyst, Paragon: Essentials Edition, Kirby Planet Robobot, Mighty No. 9, LEGO Star Wars: The Force Awakens, and Star Ocean: Integrity and Faithlessness are merely scratching the surface of what you can play over the next month. Get your calendar out, it’s time to circle some dates in June!

Mirror’s Edge: Catalyst is a reboot of 2008’s critically-acclaimed original and once again puts you in the shoes of Faith, one of the best Runners in the City of Glass. Using fluid parkour-style moves, as Faith you’ll traverse open-world urban environments and take down enemies in first-person perspective with completely overhauled combat mechanics.

From Epic Games, renowned game developer of hits like Unreal Tournament and the original Gears of War trilogy, comes Paragon, an action-packed MOBA featuring an ever-expanding roster of Heroes and deep strategic gameplay. Paragon: Essentials Edition gives you everything needed to maximize your Paragon experience, including $60 worth of in-game currency, 5 Hero Master Challenges, 5 Three-Win Boosts, and a special Wasteland Twinblast skin.

Odin Sphere Leifthrasir is an HD remake of the classic action RPG based on Norse mythology that first appeared on PlayStation 2. This beautifully remastered version is presented in 1080p at 60fps and features extra stages, enemies, and new combat mechanics to enhance the original Odin Sphere experience.

Set off on another adventure on Planet Popstar with the heroic pink puff Kirby. This time an evil organization has appeared on Kirby’s home world and is determined to mechanize the land. After witnessing this, Kirby hops into his powerful Robobot Armour suit that can scan enemies and transform into several hi-tech battle modes.

Released late last year in the Nintendo eShop, Minecraft Wii U Edition will soon be available in a special retail edition coming June 17. This package includes the Wii U version of Minecraft, a sandbox building game beloved by millions around the world, plus the all-new Super Mario Mash-Up Pack via a free game update. The pack introduces new Mario-themed character skins, Mario-themed block textures, Mario-themed music, and a pre-made Mario-themed world to inspire your imagination.

Mighty No. 9 is the newest creation from Keiji Inafune, famed illustrator of the Mega Man series and producer on games like Lost Planet and Dead Rising. Inspired by 8-bit and 16-bit side-scrolling action games, Mighty No. 9 places you in the role of a robot named Beck who must challenge eight robot siblings known as the “Mighty Numbers,” and can acquire their powers after defeating them.

Tokyo Mirage Sessions FE for Wii U is an exciting new crossover tale that combines Atlus’s Shin Megami Tensei with Nintendo’s Fire Emblem series. Set in modern day Tokyo, the game centres on a group of young rising stars who must use their creative powers to become iconic Fire Emblem characters and fight back against rogue spirits that feed on creativity.

Mario, Sonic and more of your favourite characters are hitting the streets of Rio de Janeiro to compete in a variety of Olympic sports, including BMX, Beach Volleyball, and Brazil’s most popular sport, Soccer. This year also reintroduces Rugby to the Olympic Games, the first since 1924, and that event is exclusive to the Wii U version of Mario & Sonic at the Rio 2016 Olympic Games.

Return to a galaxy far, far away in LEGO Star Wars: The Force Awakens. Relive the epic plot from the blockbuster film, all with the LEGO franchise’s signature gameplay and hilarious moments. New is this game is the enhanced Multi-Builds system where you can choose from multiple building options that advance the game in various ways, and Blaster Battles featuring objects like crates and doorways that can be used for cover in intense battles against the evil First Order.

Square Enix presents the 5th installment in the popular Star Ocean series with the PlayStation 4 exclusive Star Ocean: Integrity and Faithlessness. Immerse yourself in dynamic real-time combat and seamless transitions into battle as you explore the planet Faykreed and help defend a world thrown into chaos by an advanced space traveling race. 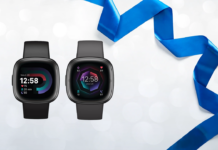