Back to school is just around the corner, which means the beginning of the fall gaming bonanza where publishers roll out their most anticipated AAA games of the year is almost here. To help keep you in the loop on what the hottest games will be, here are the top video games for back to school that students will be playing. Marvel’s Avengers allows you to play as your favourite Avengers superheroes. The game consists of a combination of single player Hero Missions and multiplayer War Zones. Hero Missions are part of the game’s campaign and are designed to showcase each Avenger’s unique abilities.

On the other hand, War Zones can be played by yourself or with a group of up to four players as any Hero in your roster. Marvel’s Avengers is a game that is constantly evolving and growing. The game’s narrative will expand, and grow with free expansions for all owners of the game. There will even be additional superheroes added for free! Take a look at the Marvel’s Avengers: A-Day Prologue gameplay and see why this will be one of the hottest games for back to school this fall. For the first time in more than 10 years, a brand-new original entry in the Crash Bandicoot series is coming entitled Crash Bandicoot 4: It’s About Time. The game takes place after Crash Bandicoot: Warped. And, picks up after Neo Cortex, Dr. N. Tropy and Uka Uka were last stranded on a distant planet.

The game is built with the original trilogy in mind. That means Crash Bandicoot 4 will have all the same great precision gameplay that made the Crash games some of the best action platformers. And, we also get upgraded visuals, new gameplay mechanics and Modern and Retro modes to master. Crash Bandicoot 4 adds new playable characters, including Neo Cortex, four new powerful Quantum Masks and advanced platforming techniques including wall running and rail grinding. Earlier this summer, I went hands-on with Assassin’s Creed Valhalla and loved it. This highly anticipated title is set in the Viking age, you play as Eivor a Viking raider and clan leader as he makes his way from Norway to England. You can expect a massive open world, full of adventure that includes dual-wielding, raiding, assaults and open world activities.

Throughout the world, you will encounter gameplay challenges, unique and surprising characters with unforgettable stories and a variety of breathtaking landscapes. Players customize their character’s hair, tattoos, war paint, weapons and gear, in addition to the option of switching between male or female Eivor at any time. In Cyberpunk 2007, you play as “V” who is on the hunt for the key to immortality. You begin with a heist to steal a biochip that gives the host a fountain of cybernetic youth. Things get complicated as you try to steal the chip from the heavily fortified Arasaka megacorporation. Everything goes sideways and anarchy ensures with gunfights, hand-to-hand combat and a car chase.

As V, you take on contracts in order to earn money or Eddies to upgrade your cybernetic assets. You can buy implants that improve your strength, reflexes, charisma, intelligence and more. It’s all about cybernetically augmenting yourself and choosing upgrades that match your playstyle. One of the most unique features in Madden NFL 21 is Face of the Franchise. You get to create a character, enjoy some story beats and development through college, and then emerge at the end with a fresh player ready to enter the regular franchise mode with a bit of a back story. Think of it as a playable documentary career that offers all-out levels of agency and depth throughout your career and journey to the Hall of Fame.

Madden NFL 21 looks to refine gameplay with a host of new mechanics. On offense is a revamping of the skill stick that allows players to string together complex moves. Conversely, on defense the skill stick similarly adapts for more specific pass rushing moves and combos.

Finally, another fantastic innovation from this year’s entry will see itself expanded upon in Madden NFL 21. Superstar X-Factor 2.0 will introduce over 50 new abilities for franchise players and player-creations alike. Developed by Motive Studios in Montreal, Star Wars: Squadrons features 5v5 multiplayer dog fights, epic fleet battles, and an original single player story. The game’s story is set during the final days of the Galactic Empire and the rise of the New Republic after the events of Star Wars: Return of the Jedi. It brings to life the events following the Battle of Endor when the Rebel Alliance successfully destroyed the Death Star II.

One of the things that makes this game unique is that you assume the roles of two pilots, one serving in the New Republic’s Vanguard Squadron, and the other that fights for the Galactic Empire’s Titan Squadron.

The game’s 5v5 multiplayer mode allows you to step into iconic starfighters from both Imperial and New Republic fleets. Your goal is simple, take out your enemy’s flagship in Fleet Battles. However, in order to succeed, you’ll need to work with your teammates to take out as many of your opponents as possible.

Top video games for back to school wrap up

I hope you enjoyed this list of the top video games for back to school. Is there a game coming out this fall that you are looking forward to that I didn’t list? Let me know in the comments section below.

Whether you’d like to shop for video games or back to school supplies online or in person, it’s safe to shop at Best Buy. You can read about the precautions taken to ensure you have an easy shopping experience, and pick up everything you need. Don’t forget to check out the Back to School Hub for all of your back to school needs. 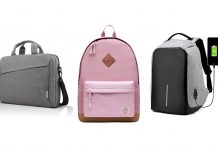