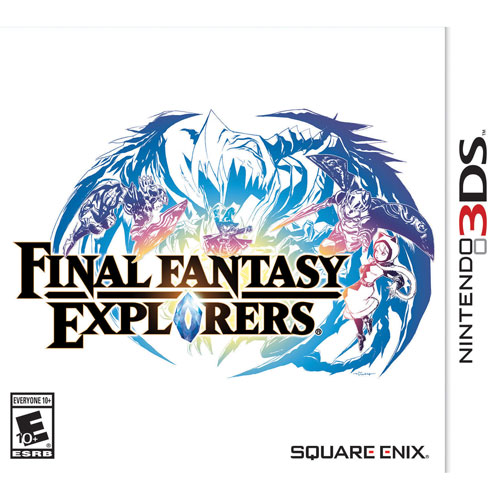 While we wait patiently for Square Enix’s next role-playing game juggernaut, Final Fantasy XV, the company has quietly been releasing a slew of interesting spin-off titles, like the music-based Theatrhythm Final Fantasy and the RPG-lite Final Fantasy Record Keeper, to keep us plugged into the Final Fantasy universe. Final Fantasy Explorers joins this growing list of experimental ventures and gives us our very first quest-based Final Fantasy action RPG in the same vein as Capcom’s highly successful Monster Hunter franchise.

Final Fantasy Explorers may borrow some of the best elements of Monster Hunter, but the game stands on its own with its infusion of Final Fantasy DNA, like the traditional job-class system, classic monsters, familiar spells, and giant summon creatures, called Eidolons in this game. Add in 4-player local and online co-operative gameplay, and you have an entertaining, engaging multiplayer adventure that will keep you hooked for more than 25 hours. 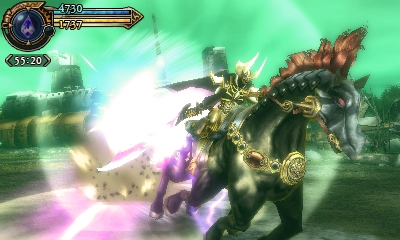 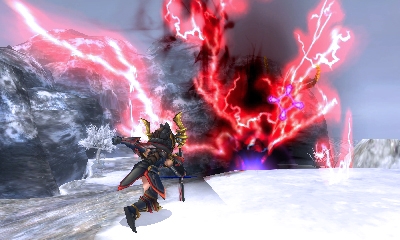 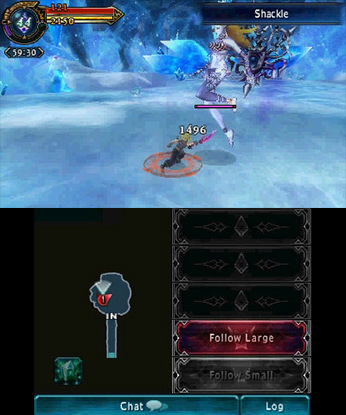 Story is secondary to gameplay

Final Fantasy games usually live or die by their stories, but Final Fantasy Explorers eschews this traditional formula in favour of a fresh, new quest-based approach. Combat takes precedence here, with the story being relegated into the background and used only as light exposition early on to set-up the action.

In the game you play the role of a plucky new Explorer who recently arrived on the island of Amostra, a place where adventurers make a living amassing the island’s vast crystal reserves. However, these valuable crystals are protected by powerful, towering Eidolons that must be defeated in order to obtain their highly coveted treasures. Knowing full well how dangerous it is to take on Eidolons solo, it’s common practice on Amostra for Explorers to team up and better their odds. It’s your job to form an elite squad of Explorers and defeat the realm’s mightiest monsters. 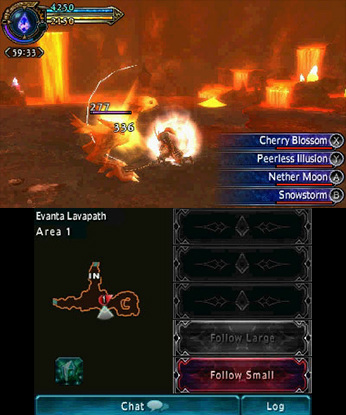 Over 20 jobs to master

The iconic job system, introduced way back in the original Final Fantasy for NES, is back and better than ever in Final Fantasy Explorers. You begin the adventure as a Freelancer, essentially a generic, unspecialized job class capable of using most abilities and pieces of equipment. As you complete quests and progress through the game, you’ll unlock an additional 20 selectable jobs, including all kinds of fan favourites like Knight, Monk, White/Black/Red Mage, Dragoon, Ninja and Thief. In a nice touch, there’s also a bunch of less common (and equally as cool) jobs from past Final Fantasy games, such as Beastmaster, Geomancer, Machinist, and Alchemist, to give you even more job class options.

It’s a lot of fun experimenting with all the various jobs, especially being able to unleash signature class moves like the Dragoon’s jump ability, or the Thief’s steal command on the battlefield. You can switch jobs instantly, any time you want, while in the game’s main hub town called Libertas. To make job changes even easier, you can create up to 20 presets, enabling you to save your favourite equipment and ability loadouts—reducing or eliminating the time needed to manually reconfigure your character after each job change. You can also configure your Explorer’s physical appearance, including gender, voice, skin tone, face, eye colour, hairstyle and its colour. The name you choose at the beginning of the game is locked-in however, so make sure you take the time to pick the right one. 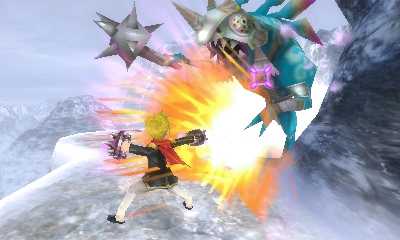 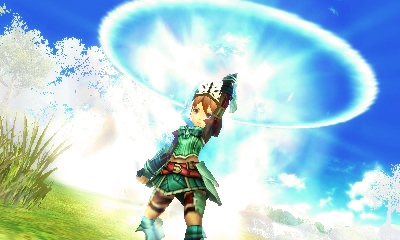 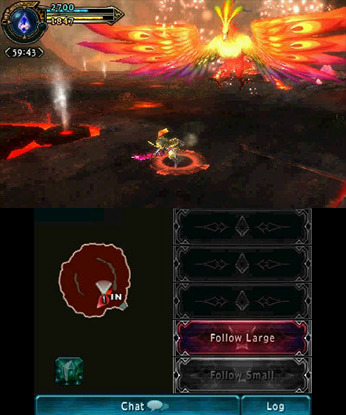 Final Fantasy Explorers foregoes the traditional turn-based approach to combat in favour of real-time battles where you directly control your character. Action is fast and frenetic, focusing much more on stringing together devastating abilities than it is on weapon attacks. In fact, standard weapon strikes, like sword slashes or firing off arrows from your bow, are mainly used to build up Resonance that empowers your hero in various ways. After charging up enough Resonance, you can activate Crystal Surges that have a range of temporary battle effects, from adding elemental powers to your abilities, to casting buffs/debuffs, to doubling your character’s size and enlarging your abilities’ area of effect. With 74 different Crystal Surges in total, even after more than two dozen hours of logged game time I was still discovering new ones to experiment with in battle.

What I liked best about Final Fantasy Explorers‘ real-time combat is how easy it is to pick-up-and-play, yet at the same time, offers layers of strategy for those willing to invest the time. For instance, abilities you use while a Crystal Surge is active may receive a mutation, which adds a bonus effect to the ability. This can result in interesting outcomes such as a Cure (healing) spell also casting Haste (increasing your mobility), giving you a two-for-one combo spell. Mutations can even evolve further and stack multiple effects to base abilities, allowing for near endless combinations and possibilities. If there’s a particularly powerful mutation you get in battle and want to keep, when you get back to the hub town of Libertas you purchase and keep them. 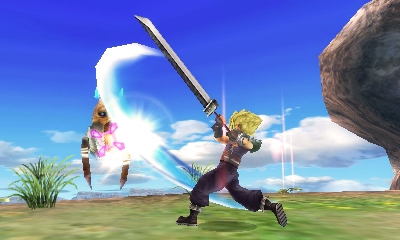 As if that weren’t enough battle mechanics to have fun with, you also have a Trance Gauge that fills up as you take damage or use abilities. When your gauge is full, touching an icon on the Nintendo 3DS’ lower touch screen will engage Trance mode, instantly refilling your HP (hit point) and AP (ability point) meters, plus giving your stats a boost. Even better, you’ll be able to temporarily transform into various famous protagonists from past Final Fantasy games, including Cloud Strife and Tifa Lockhard (FFVII), Cecil Harvey (FFIV), Lightning (FFXIII), Tidus (FFX), and more. Once you’ve assumed a form, you’ll be able to use the character’s trademark moves, like Cloud’s devastating Omnislash Limit Break, as well as listen to special background music themes from their respective games. There’s a lot of excellent fan service is Final Fantasy Explorers, which is easily one of its most endearing qualities. 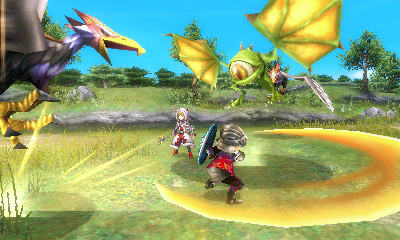 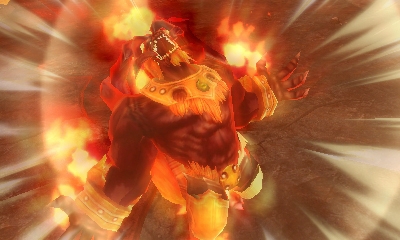 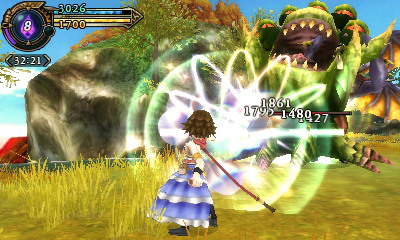 Much like last fall’s The Legend of Zelda: Tri Force Heroes, Final Fantasy Explorers was built from the ground-up for multiplayer. It’s a snap to create or join a room using the Nintendo 3DS’ touch screen, and you have the option of playing through local wireless (in which case each player must have Nintendo 3DS system and copy of the game), or go online and band together with players from around the world.

Playing alone provides lots of enjoyment, but the excitement is noticeably amplified when playing with others. It’s important to have a well-balanced party that includes tank characters to absorb damage, offensive character to deal out danger, and healers/boosters to keep the party’s HP and stats high. When you defeat enemies, there’s no need to scramble and fight over dropped items as each players can snag their own loot—a great gameplay design that fosters teamwork and doesn’t penalize lesser skilled players. If you don’t have enough players to fill all four slots, you also have the option of bringing monsters you’ve created at the Monster Lab, which includes dozens of recognizable monsters from throughout Final Fantasy‘s history. While I started out acquiring common monsters like Goblins, Bombs, and Toads, the further I progressed in the game the more powerful monsters I could create, with some of the highlights being the Death Knight, Magic Pot, and the supremely powerful Malboro.

I had a lot of fun with Final Fantasy Explorers and it’s a game I’d recommend to both Final Fantasy fans, and those who enjoy the Monster Hunter series. I loved how the game was steeped in Final Fantasy fan service, from the inclusion of powerful Eidolons like Ifrit and Shiva, to the classic job system, to the cameos from Final Fantasy‘s pantheon of legendary heroes. With over 20 jobs to masters, 200+ quests to tackle, and a dozen challenging Eidolons to defeat, this is big game filled with adventure. Add in a seamless drop-in/drop-out multiplayer component and you’ve got an epic Final Fantasy game that you can enjoy with friends, and players around the world.

– Not a lot of quest variety