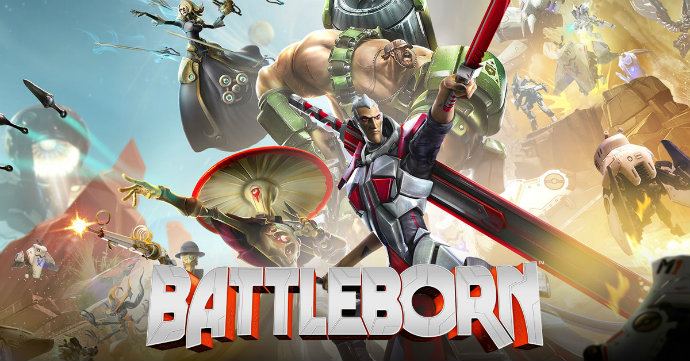 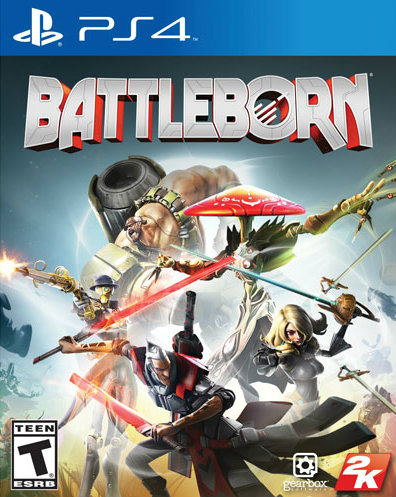 It’s been a while since we have seen a new and original game from the masterminds at Gearbox. So what have Randy Pitchford and crew been up to since Borderlands? We got our first glimpse of their new game, Battleborn, in July 2014. Described as an all-new genre fusing game, Battleborn certainly piqued the interest of many gamers; including the Plug-in Blogs very own Gaming Editor. Paul had a hands on with Battleborn at E3 2015, which left him with favourable impressions of the game and a high anticipation of the launch of the game.

After a closed technical test in October 2015, and a beta in April this year with over 2 million participants—Battleborn is finally here in all its glory. Unlike other first-person shooters, Battleborn is unique in that it fuses multiplayer online battle arena (MOBA) elements into its gameplay, giving you a distinctly unique gaming experience. Featuring 25 unique playable characters, a narrative-driven story mode, and 3 different competitive multiplayer modes, could Battleborn be Gearbox Software’s next big hit?

A charming and varied cast of characters

In Battleborn you’ll assume the role of one of 25 different characters known as Heroes, who must battle to protect the universe’s very last star from a mysterious evil that is trying to control it. In order to defend the last star, you’ll use every type of character and weapon you have to take down the evil army across the universe. Simply by using assault rifles, swords, throwing knives, casting spells, you’ll grow and build your personal team of Heroes.

Each of Battleborn’s characters possess a different style that blends in perfectly with team battle gameplay. Each Hero has a single weapon, a talent that is often a secondary attack, a passive ability, two skills, and an ultimate skill. All Heroes are members of one of five different factions: Eldrid, Jennerit, LLC, Peacekeepers, and Rogues.

The factions group characters into different play styles. There are even pieces of gear that benefit one faction over another. By using different factions, you can unlock more characters quickly. 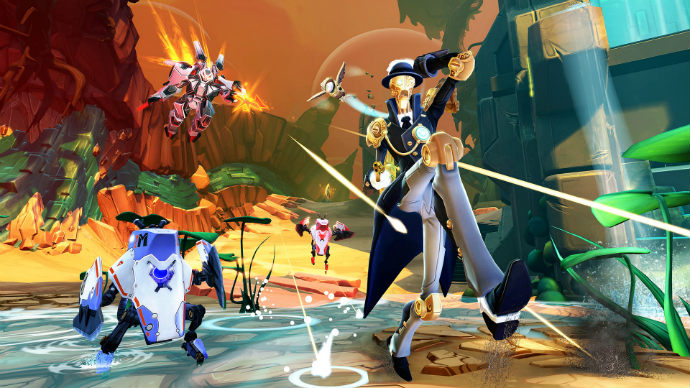 Over the top gameplay

Right from the get go you are thrust into battle before you even reach the title screen. Acting as a tutorial of sorts, you quickly learn how everything controls, and you’re introduced to a few of the characters that you can unlock throughout the game. After your training is completed, you are introduced to Battleborn’s story mode. Spanning over 8 episodes, Battleborn’s story mode is a multi-chapter narrative experience that can be played alone or co-operatively by up to 5 friends via split screen and online.

Each chapter plays out like an episode of a Saturday morning cartoon, with each episode’s unique plot both standing on its own and pushing the overarching story of the game forward. Story mode mission objectives vary from defending power cores to reaching checkpoints on a massive play field while surviving against swarms of enemies. By picking up crystals found on the battlefield that act as an in-game currency, you can build turret guns or even have a sentry drones follow you for added firepower.

Crystals can also be used to purchase weapons, more powerful armour, and other perks that will improve your character and make fighting easier. Like a MOBA, each character starts the match or campaign stage at level one. Experience points are gained quickly via a numerous different actions, and you can expand your character’s current abilities in the Helix menu. Here you can enhance your characters powers and skills with what resembles a skill tree. These enhancements will help you in Battleborn’s story mode missions and the game’s multiplayer battles. It’s important to choose carefully which power and skill to upgrade, as it can be the difference between victory and defeat on the battlefield. 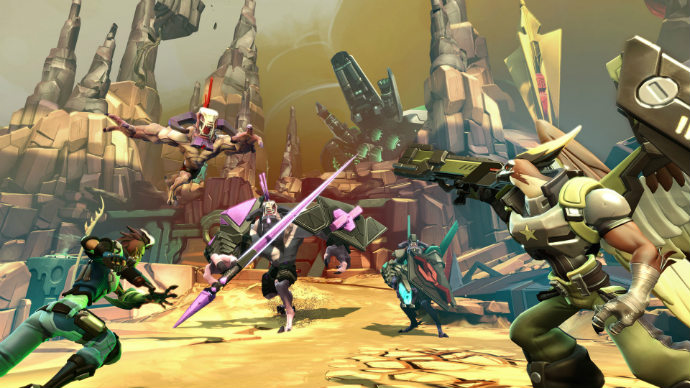 The major attraction to Battleborn lays within its competitive online play. Aside from playing the story mode online, you can team up with other players to fight in massive 10 player battles in 3 competitive multiplayer modes. The first is Capture, which is the classic capture-and-control showdown between two teams. Three locations are highlighted on the map, which generate points for the team that is currently controlling it. The first team to reach one thousand points wins the match. However, the rules in this mode maybe similar to other first-person shooters, it’s the variety of characters in Battleborn that makes this mode entertaining.

The second mode is my personal favourite, Meltdown, each team escorts waves of minions to their death, and you score points for every minion who is thrown into the incinerator. The team with the most scrap metal at the end wins the match.

The third and final mode is Incursion. Most like a MOBA, each team has two Spider Sentry Drones that must be protected. Requiring a healthy balance of attack and defense, the only way to defeat your enemy’s drones is to escort robotic minions their way. Once they reach the sentinel, they can take down its shields, and then you can unload your weapons against them. The opportunities for gamers to work together with their team makes Incursion an addicting mode.

Adding to the overall challenge of Battleborn, in multiplayer mode, you have a specific number of lives that are shared by your team. Once your team runs out of lives, you’ll enter a sort of spectator mode until another team member can find or earn an extra life. 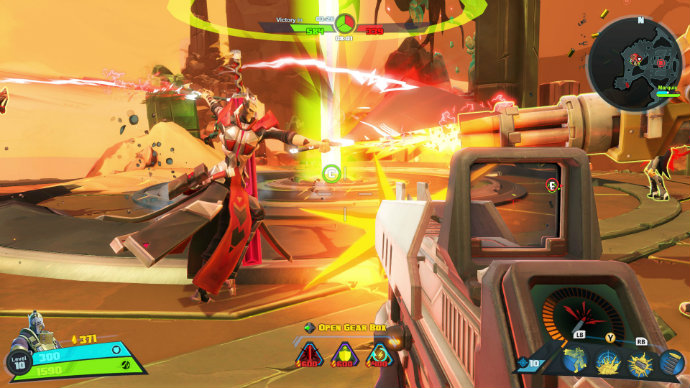 Visually, Battleborn is a striking game with incredible texture work. The distinctive cartoon look makes you feel as if you are playing in the panels of a comic book and the exaggerated art style for the environment, weapons, and characters all fits perfectly together. There is always a lot going on the screen, and Battleborn never fails to keep up with the onscreen action.

Battleborn’s soundtrack goes for a heroic vibe and succeeds; however, it’s the voice work of the characters that really stands out. It’s full of humorous one-liners and a few groaners in there as well. Everything looks and sounds brilliant, and really hooks you in for long play sessions. 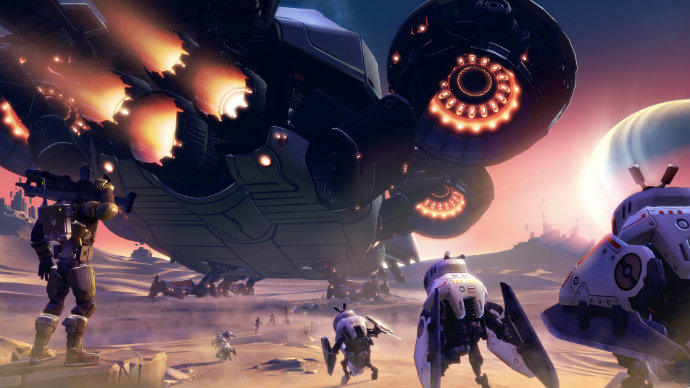 Battleborn really surprised and impressed me; it’s a unique and solid first-person shooter that is a heck of a lot of fun to play. Each and every one of the game’s 25 characters stand out and will keep you busy trying to master them all. While Battleborn’s 6 multiplayer maps may not seem like much, going through every map will take you a while, and there is a fair amount of variety in every area too.

The multiplayer aspect of Battleborn is by far the best part of the game, and even though you can play by yourself, you’ll hardly want to. Connecting to the onlne servers was fast, easy, and I never had any issues at all, it made for a pleasant online experience. 2K and Gearbox will also be supporting Battleborn with post-launch content updates, which include five new playable heroes, bringing the total roster to 30, and additional competitive multiplayer modes, maps, balance updates and community features.

Let me know in the comments section below who your favourite Hero is, see you online.

Get Battleborn for PlayStation 4

Get Battleborn for Xbox One

Get Battleborn for PC