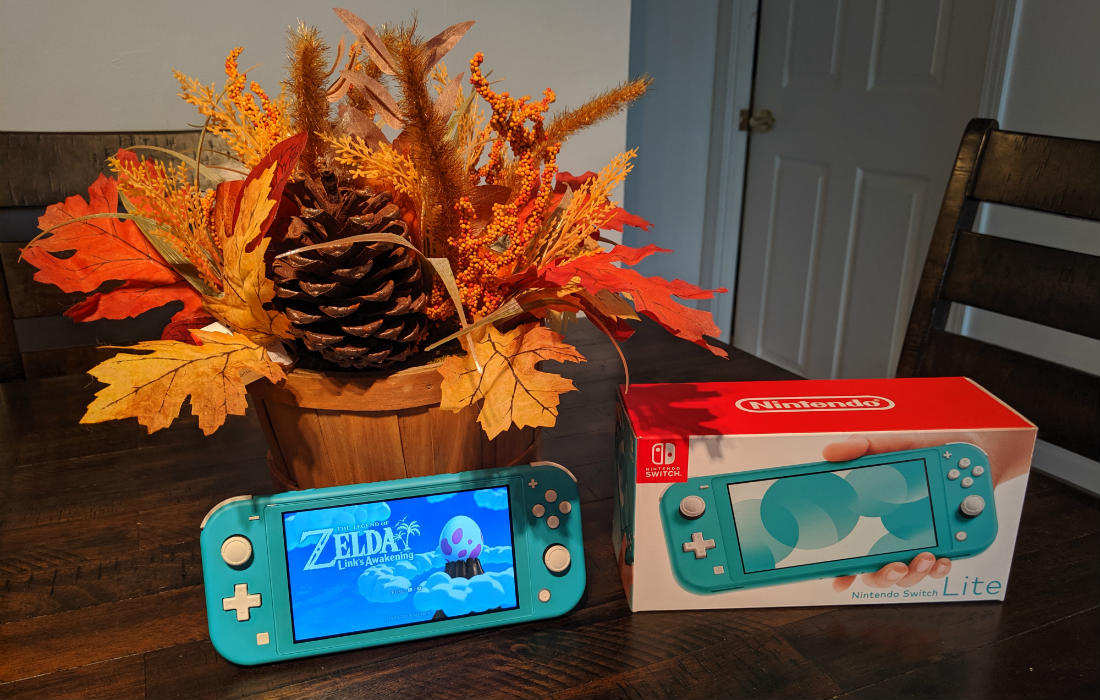 I was able to get my hands on the Switch Lite a few days before release to review. Not wanting to rush my review for the sake of being one of the first to post, I spent a little over a week using the handheld and playing various games. Here are my thoughts and impressions. 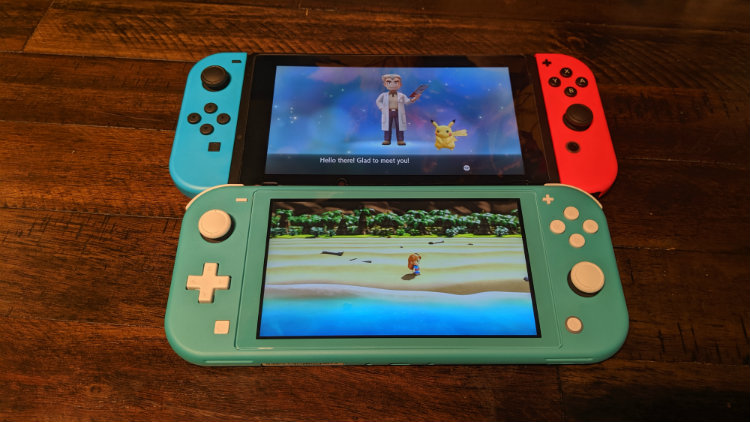 What’s inside the Switch Lite’s box

To be honest, there isn’t a lot included in the box and that’s because there doesn’t need to be. Upon opening the box, the Switch Lite, AC power adapter and quick start guide are all nicely packed in a cardboard tray that easily slides out.

The system comes partially charged. However, if you are going to be transferring an account or saves over to it, I highly recommend plugging it in and letting it fully charge before using. 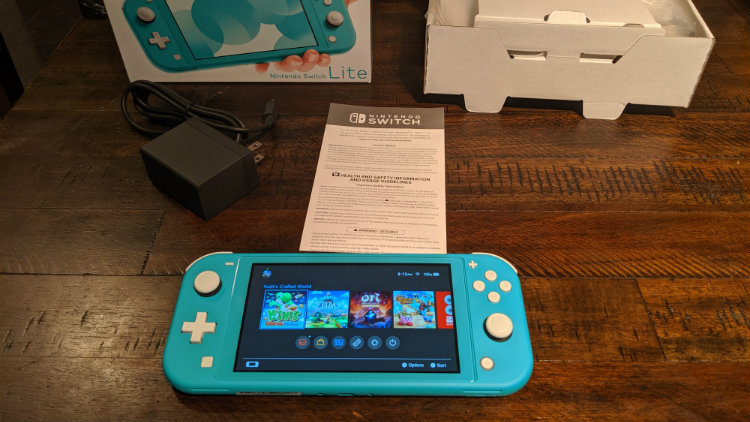 It feels good and fits perfectly in your hands

While unpacking the Switch Lite from the box and holding it, I could immediately feel how comfortable it felt in my hands. Honestly, I never really had any complaints about the size of the Nintendo Switch in handheld mode before using the Switch Lite.

With no detachable Joy-Con Controllers, the analog sticks as well as all the buttons feel much more accessible. As a result, it makes it easier to play games in handheld mode. Furthermore, we now have a traditional d-pad that makes certain genres of games such as fighting games a lot easier to pull off moves and allows for more precise gameplay. 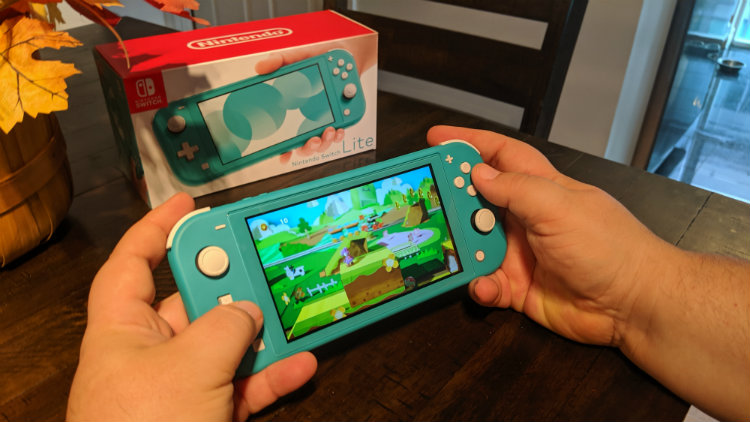 Although, the Switch Lite is only a bit lighter than the Nintendo Switch I could certainly tell the difference. This was even more noticeable when playing for extended periods of time. Compared to the Nintendo Switch, my hands were not tired.

Setting up and getting ready to go

As an owner of the Nintendo Switch and now the Switch Lite, I decided that I would keep my Switch docked at home to play games on the TV and use my Switch Lite for everyday use on the go. In order to do this, I had to copy my profile over to the Switch Lite and set it as the primary console.

I discovered that out of the box I could not do this. The system requires an update first and there is no way to do it without first creating a “dummy” account on the system. It was no problem; I simply created an account called “test” and did not link my Nintendo account to it. 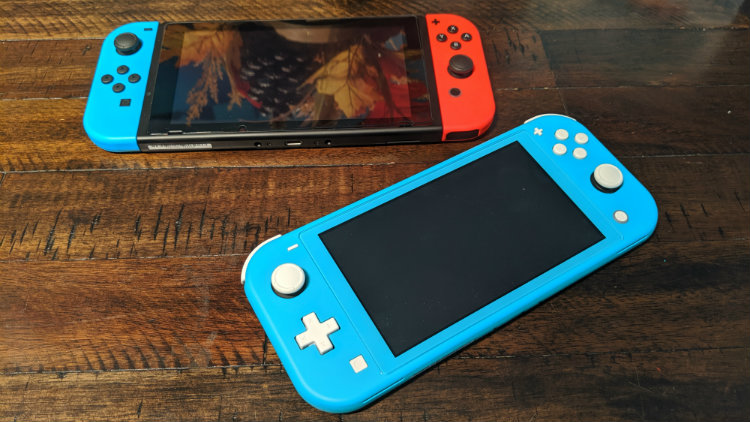 Once at the home screen, I configured Wi-Fi and performed the update. When the update was installed, I was able to transfer my account and saves over—approximately 15 minutes. It’s important to note that some games use cloud saves and some don’t. For those games that do not use cloud saves there is a built-in utility to transfer saves over. Additionally, when transferring your account over from another Switch, you will still need to redownload all your digital games from the Nintendo eShop.

Of course, if you aren’t transferring an account over to the Switch Lite setup is quick and easy and takes only a matter of minutes.

Now that my Switch Lite was “fully loaded” and ready to go, it was time to play games on it. The first game I played was The Legend of Zelda: Link’s Awakening. I was near the tail end of the game, so the last few dungeons I played were on the Switch Lite.

The game performs just as it did on the Switch. However, with the face and shoulder buttons easier to reach with my fingers, I was able to hack, slash, and change weapons with ease. No matter what game I was playing, I found that I was better at the game simply because the buttons were more accessible.

Next up, I wanted to put the d-pad to the test. As a teen, the Street Fighter franchise was the pinnacle of fighting games. Using the d-pad exclusively I had no problems at all. No longer did I have to use a pro controller to accurately perform the moves that I wanted to. The same can be said for other fighting games such as Dragon Ball FighterZ, BlazBlue Cross Tag Battle and more.

Over the period of a week, I found that the battery would last anywhere from 3 to 7 hours. It all depended on what games I was playing and the brightness level. 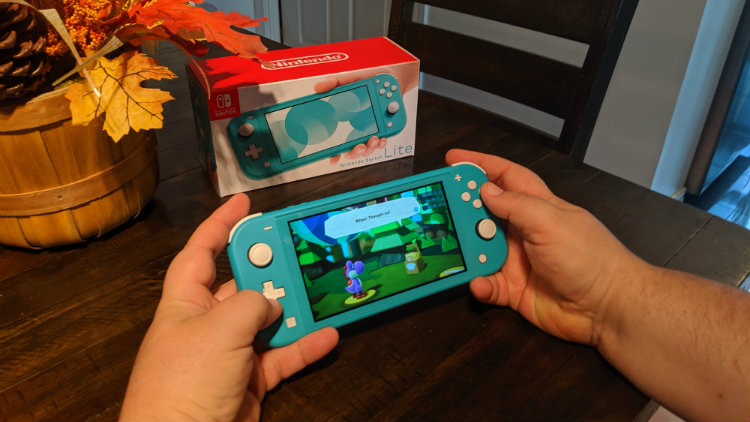 Without a doubt, the Switch Lite is one of if not the best portable system to date. It fits perfectly in your hands, is light weight, has a gorgeous screen, and allows you to play your favourite games on the go. There is no question, if you like to game on the go the Switch Lite is the perfect choice to do so.

Coming in at roughly $140 cheaper than the Nintendo Switch, the Switch Lite is a great entry point. If you already own a Switch, getting a Switch Lite might not be a clear-cut decision. You’ll have to weigh your options and decide from there. My Switch gaming is mostly in handheld mode so the Switch Lite has now become my main system. My Nintendo Switch stays at home docked, and hooked up to the TV.

A word of advice, if you are giving a Switch Lite to someone or buying it for yourself—make sure you pickup at memory card. The system comes with 32GB of on-board storage. This will quickly get eaten up by game updates, DLC, pictures, and game captures. Additionally, I highly recommend getting a carrying case, I personally use the Nyko Elite Hard Shell Case and it’s great. 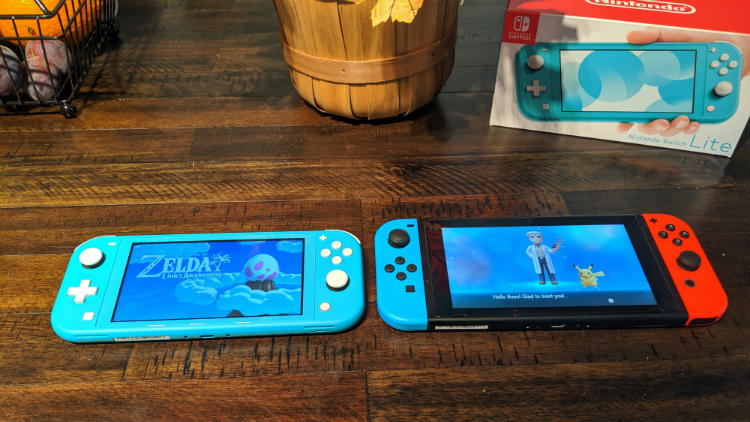