Instead of going over gameplay, I am going to focus on what’s new in Mortal Kombat 11 Ultimate. You can read Matthew’s review of Mortal Kombat 11: Aftermath Kollection for gameplay highlights. Mortal Kombat 11’s new Kombat Pack 2 brings 3 new playable fighters to the arena: Mileena, Rain and Rambo. With these 3 additions, Mortal Kombat 11’s roster now sits at an impressive 37 fighters in total. Each of the characters play differently from one another but I found all 3 really enjoyable to use.

Mileena is a fan favourite since her debut back in Mortal Kombat II and my personal favourite new addition to Mortal Kombat 11. Honestly, when MK 11 first released, I was surprised that Mileena wasn’t part of the initial roster. However, that’s neither here nor there now. Equipped with 2 sais, Mileena is an evil and sadistic opportunist who excels with her combat strength and agility. Mortal Kombat 11 reintroduces some of her legacy moves along with adding brand new powers to her arsenal.

One of her new ways to attack opponents, and my personal favourite, include her sais. By placing them on the ground they erupt beneath her enemy and summon sai daggers that attack her opponent from multiple angles. Additionally, she can now turn invisible and surprise her opponents with deadly blows.

Originally making his appearance in Ultimate Mortal Kombat 3, Rain wields immense power. He now wields a jamadhar which is a katar with 3 blades  and the middle hidden by 2 retracting blades. Rain can now open dimensional rifts into the water realm. As a result, this allows him to create 2 different types of portals: one made out of water and another that is purple and teleports his opponents after being launched by an attack.

In Mortal Kombat 11, Rain’s hydrokinesis can now create deadly weapons out of pressurized water and also summon tidal waves that wash away his opponents. Furthermore, Rain’s ability to turn into water now allows him to transform into an orb to throw his enemies into the air and slam them into the ground. And, he can change into a liquid state to slip past his opponents or allow enemy attacks to pass right through him.

Last, but certainly not least, is John Rambo. A popular character in the 1980s film series, Rambo is a former Green Beret who fought in Vietnam and knows how to deal out pain. Without any supernatural abilities, Rambo uses a small arsenal of weapons to attack his foes. At his disposal is a bow that can fire arrows with interchangeable heads, a knife with 2 different edges and a machine gun that dishes out some major damage with long range accuracy.

Rambo’s skill with guerilla warfare makes him an overall dangerous opponent. He can use items to make hidden traps, weapons and use side dashes and crawling to dodge attacks. His proficiency with a knife makes him lethal in close quarter combat.

Essentially, you can choose a character and be fighting in a matter or seconds. And, once you’re done with a match, you’re ready to fight your next match in seconds. Mortal Kombat 11 Ultimate has crossplay and cross generation support meaning that you can play against you friends and others online on PS5, PS4, Xbox One and Xbox Series X|S.

No questions asked, Mortal Kombat 11 Ultimate is the definitive Mortal Kombat 11 experience. The amount of content included, 2 story campaigns and 37 playable characters, is well worth the price of admission. If you’re just jumping into Mortal Kombat 11, it’s a no brainer.

However, if you already have the base game you can purchase Mortal Kombat 11: Aftermath Expansion and Kombat Pack 2 for the same experience. Both PS4 and Xbox One versions of the game allow for a free upgrade to PS5 and Xbox Series X|S versions at no additional cost. And, with crossplay support, you’ll never have to worry about finding an opponent to play against online.

+ Amazing amount of content included in one package
+ Mileena, Rain and Rambo are solid additions to the roster
+ Blazing fast load times on PS5 and Xbox Series X|S
+ Crossplay and cross generation support 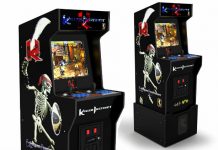 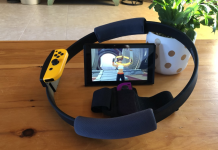 Keep active throughout the year with Nintendo Ring Fit Adventure