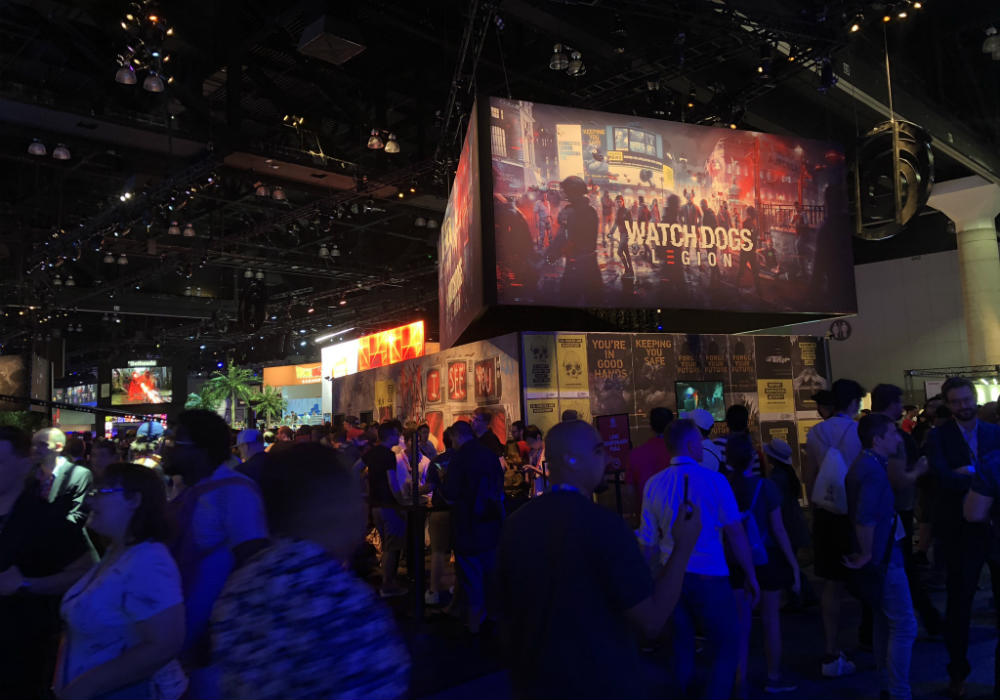 My final appointment for today at E3 2019, was the Ubisoft booth. Three games really caught my eye during their conference and today I got to play them. Let’s take a look at Watch Dogs Legion, Ghost Recon Breakpoint and Roller Champions.

Watch Dogs Legion opened the Ubisofot E3 2019 Showcase with an almost 20-minute video on the game. Today, I spent 45 minutes with the game and was left with a positive impression. My experience began with a briefing, which included the background story of the game and the game’s controls.

I began my demo as Helen, an elderly retired assassin. I was in a local pub in London, looking to recruit new members for DedSec. After profiling several people, I decided to pursue one particular character named Jackie. She ended up leaving the pub and headed to a protest. Based upon the information I was able to obtain; she heavily favoured the resistance and DedSec. 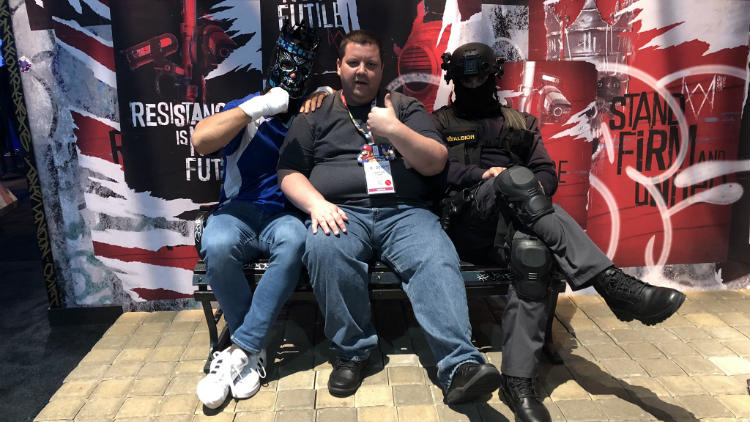 Recruiting her wasn’t as easy as just talking to her. I ended up having to erase some surveillance footage of Jackie committing crimes against the state off of Police headquarter computers. This involved staking out the place by hacking into the surveillance cameras and carefully making my way in. I tried to go the stealth route but I was detected by a few guards and mayhem ensued. After successfully making my way back to Jackie and letting her know what I had done, she agreed to join DedSec.

With this I was now able to play as Jackie and utilize her special abilities against drones to my advantage. What I found really neat was that during my travels through London, I encountered several family members of other people that I had surveyed back in the pub when I played as Helen. And, not everyone was in favour of the resistance. I really enjoyed playing Watch Dogs Legions and the team at Ubisoft said that more information about the game would be forthcoming in the next few months. 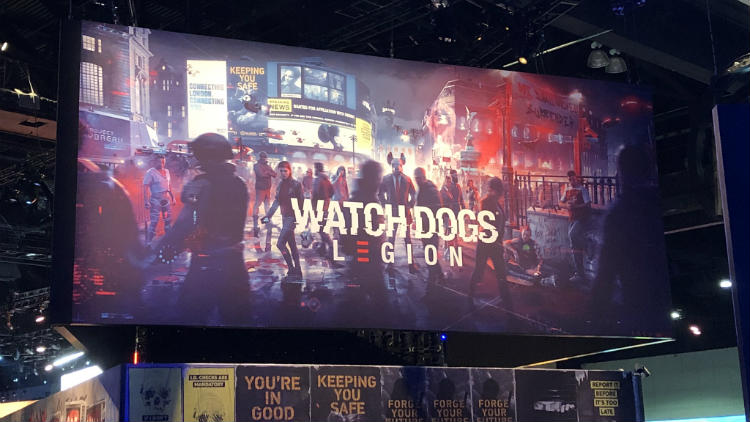 The next game I played was the upcoming new entry in its acclaimed military tactical shooter franchise, Tom Clancy’s Ghost Recon Breakpoint. It was a 4-player co-operative experience where our mission was to save a kidnapped doctor from a terrorist organization. One of the game’s developers played and acted as our group’s leader. He gave us the ins and outs of how to control the game and also gave us tactical tips along the way.

We started up high on a mountain side and our group geared up for battle. As we made our way down the hill and the prison building where the doctor was being kept came into sight, we each moved to strategic locations on the map to take out the enemies. It took a couple of tires but in the end, with teamwork, our team was successful.

In order to be successful in the game, you have to work together as a team. The sense of accomplishment after we rescued the doctors was pretty amazing. Breakpoint launches on October 4, 2019 on Xbox One and PlayStation 4. 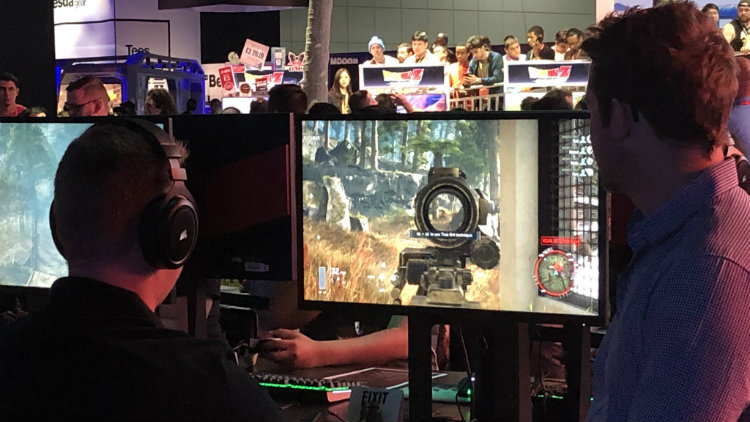 The final game I played at Ubisoft’s booth was the upcoming free-to-play team-based sports game called Roller Champions. Two teams of 3 players face off against each other in arenas around the world. You must pass the ball and dodge opponents attacks as you roller skate around the rink at high speeds and try to score a goal in an illuminated hoop high above the rink.

As simple and silly as it sounds, the game is extremely fun. In fact, it was some of the most fun I’ve had at E3 2019 so far. If you are a fan of games like Rocket League, you’ll have a good idea of the fun that can be had with the game. Roller Champions is currently slated for early 2020.