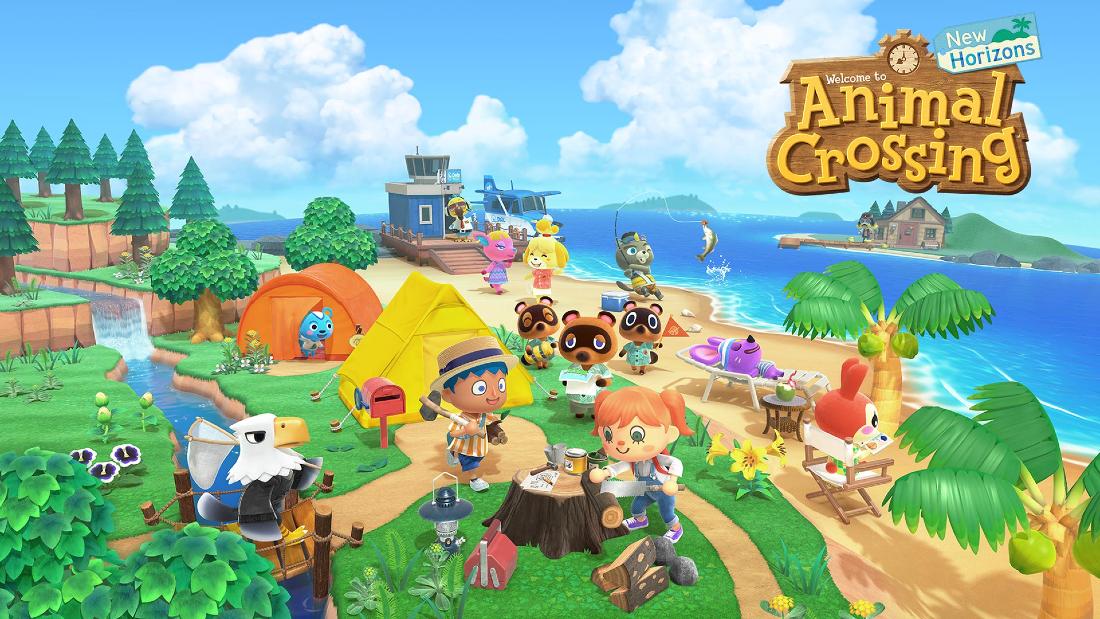 Let’s take a look at what makes Animal Crossing New Horizons one of my favourite games this year. Oh, and don’t worry if you have never played a game in the series, New Horizons is the perfect place to start! 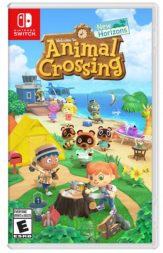 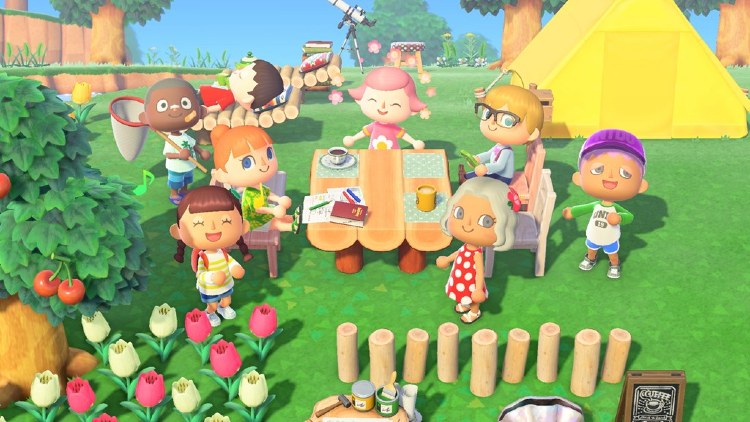 Start a new life on your very own island

Whereas previous games in the series took place in established towns or remote villages, New Horizons setting is a deserted island. The game begins as Timmy and Tommy of the Nook Inc. travel agency greet you as the check-in counter. You’ve signed up for the exclusive “Deserted Island Getaway Package” and these two adorable characters are here to help you every step of the way.

As with other games in the Animal Crossing series, there is no real story per-say to follow or “complete”. It’s very similar to Minecraft. That’s not to say in New Horizons there aren’t events or mini stories that you will encounter. Essentially, the premise behind New Horizons is that you move to a remote island, are given a tent to live in, and the rest is up to you.

It’s a very open ended game, that allows you to customize your town in more ways than ever before. 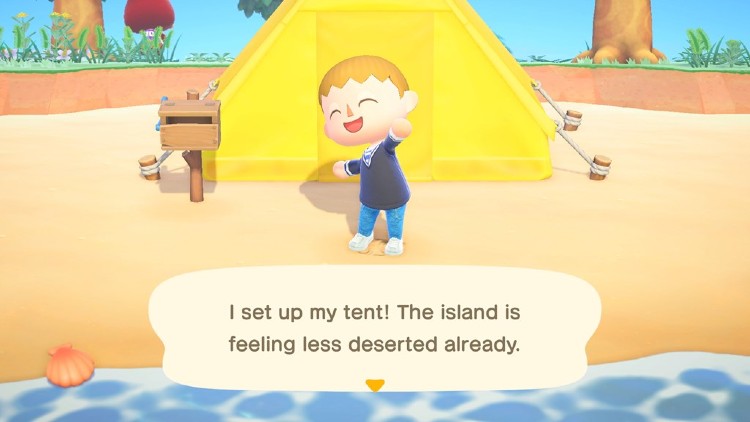 Collect materials and craft just about anything

Quite possibly the biggest addition to gameplay in Animal Crossing New Horizons is the implementation of a crafting system. I’d even go as far as to say that a big hunk of New Horizons’ gameplay has been changed to centre around this new mechanic. If you’ve played previous Animal Crossing games, you’ll remember that you used to be able to buy things like bug nets, fishing rods, axes and so on. Not anymore!

Now, you learn how to craft these items along with a whole slew of other items including birdhouses, wooden stakes, watering cans, and a log bench—just to name a few. The process in crafting is simple. First, you need to obtain and learn one of the many DIY recipes. These can be given to you or bought throughout the game. 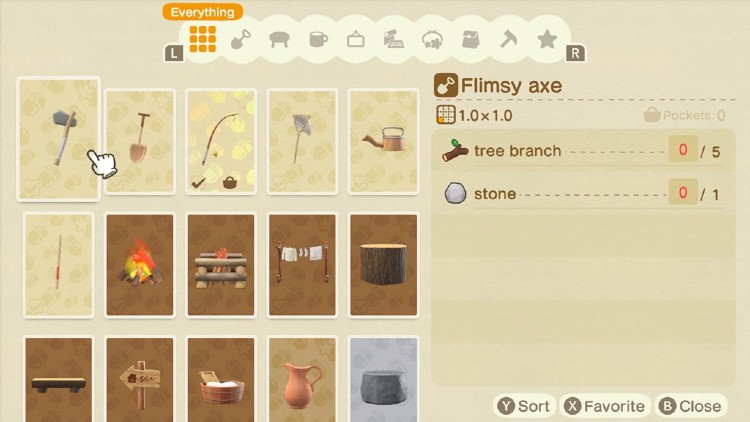 Next, you need to collect all the materials required. This means you’ll be collecting things like wood, weeds, and stones from around the island. Finally, once you have collected all the materials, you simply craft the item(s) on the workbench.

Initially, there is only one workbench on the island. However, as you progress, you learn how to craft a DIY workbench that you can place wherever you want to. Moreover, our good old friend, Tom Nook asks you to collect certain materials or craft items to help fill your island out. 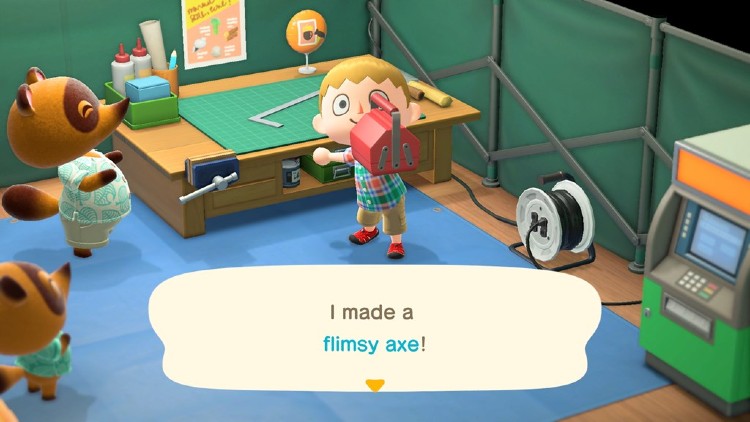 Change and shape your island’s landscape as you see fit

In addition to the crafting system, you can now change the landscape more than ever before. You have complete control over where pretty much everything gets placed on your island including buildings, flowers, bridges etc. And, now you can place furniture anywhere you want outside. It doesn’t stop there!

You also have the ability to physically change the land. For example, you can now create a cliff and even put your home on top of it if you wish. Additionally, you can sculpt the land to make pathways, rivers and so much more. Your choices in customizing your island in more ways than one seem limitless.

With all these new found abilities, I felt like my island was really mine and not something I moved into. I was able to have a say in virtually everything about how my island looked and made it my very own. Another new addition to Animal Crossing New Horizons that I really liked are Nook Miles. In a nutshell, Nook Miles are mini quests or challenges that if you complete are awarded Nook Miles. Challenges include talking to all the island’s inhabitants and catching 5 wasps in a row. In all, there are over 70 challenges to complete.

With the earned Nook Miles, you can do things like pay off your move in fees, buy DIY recipes, and get exclusive items. In addition to the challenges, there are daily bonus challenges that allow you to earn points for things like collecting bugs, cutting down trees and so on. An island paradise that both looks and sounds good

Visually, Animal Crossing has never looked better. Regardless if you play it on your Switch screen or on the TV, the New Horizons looks absolutely adorable. The characters themselves look like they are right from a child’s toy box. And, the way in which the developers make use of colours throughout the game put a smile on my face.

When I first started playing New Horizons, I was a bit disappointed with the game’s soundtrack. It was the same opening tune over and over and over again. Previous games in the series had music that would change on an hourly basis.

However, after a few days of playing, I then made a discovery. By meeting certain requirements and upgrading Resident Services, I unlocked the various music tracks in the game. I must say that the instrumental melodies are both relaxing and a perfect fit for island life. Perhaps my favourite thing about Animal Crossing New Horizons is its social features. There are a few ways to play: multiple Switch systems locally, multiplayer on a single Switch, and online multiplayer. By playing with multiple Switch systems locally or playing online you are able to visit friend’s islands and exchange items, buy from their shops and interact with them. It’s all really fun and allows you to get items with relative ease and in advance that might otherwise be hard on your island to obtain.

Playing multiplayer on a single Switch is a bit of a different experience. First of all, each player must already have an island in a different profile on your Switch. And, all players must follow a single leader with a severely reduced amount of interactivity with the island they are visiting.

In all honesty, playing online or locally with multiple Switches is the best way to enjoy New Horizons’ social features. Multiplayer on a single Switch feels like you are playing with friends while wearing a pair of handcuffs, no that much fun. Animal Crossing New Horizons allows you to create your own personal island paradise that you can customize and shape exactly how you see fit. I often found myself spending hours on end lost in the wonder and carefree world that I had created. New Horizons allowed me to temporarily forget all my real world worries and enjoy playing a game with my family and friends.

What makes this game unique is that Nintendo has included all of the charm of previous games and introduced new gameplay mechanics that bring new life to the series. The amount of replayability the game offers is astounding. From crafting new items, to physically shaping the land, to and completing challenges to earn Nook Miles—there is no shortage of fun things to do and keep you busy.