The Echo Plus smart speaker gets a makeover the second time around with a whole new look, and better audio quality to match.

Amazon’s new Echo Plus picks up on what its predecessor did, only with a very different form factor and design that makes it easier to place. It’s still every bit a smart speaker, with the Alexa voice assistant playing a big role in how the speaker works. But it’s also supposed to play better audio and control compatible smart home devices directly.

For a more detailed explanation of what Alexa is and how it works, look no further than the review covering those features.

Being a second-gen product, this Echo Plus borrows heavily from other devices when it comes to appearance. It’s much shorter than its cylindrical predecessor and sports a wraparound fabric surface that gives it a warmer, more fashionable look. It bears some resemblance to Apple’s HomePod, as well as Ultimate Ears speakers, but is more closely linked to the regular Echo second-gen speaker.

The newer design makes it much easier to position in different rooms because it simply looks like it can fit in anywhere. It’s also pretty minimalist. Aside from the power adapter, the only other port is a 3.5mm jack to plug in another speaker or compatible subwoofer. It’s a line-in and line-out port, meaning you can also plug in a playback device directly to play music without an Internet connection.

Amazon changed the top by adding volume up and down buttons to go with mute and Alexa buttons. Microphones are arrayed across the surface to add some visual flair to it. This design differs in that you control volume through buttons, whereas the previous Echo Plus used a dial. I kind of liked the dial more because it was like a typical volume knob. Nevertheless, it’s gone here.

The overall design maintains the 360-degree audio output, making the speaker ideal for open and relatively smaller spaces. The fabric cover is soft and looks nice, making it a little more like a décor piece, rather than an obvious tech product like the previous model was.

Like its predecessor, this newer Echo Plus was easy to set up. I was up and running with it in minutes. The process is even faster if you already have another Alexa-enabled device deployed and are logged into your account on the Alexa App.

To keep it separate from any other Alexa devices in my home, I went into the app settings and selected “Echo” as its wake-up word. That way, anytime I said “Alexa,” the Echo Plus wouldn’t do anything. Applying Skills to the speaker through the app was easy enough, and I could do even more.

One of the reasons for the “Plus” suffix is the inclusion of a built-in Zigbee hub into the speaker. This allows it to connect directly to compatible smart home products without having to use a separate hub plugged into the router. For example, Philips Hue lights can work that way, where you could set up bulbs and then control them through the app or by voice. This scenario would work with any Zigbee-enabled smart home device.

One reason why I’m not so hot on the Zigbee integration is because it limits what you can do with certain applications. For instance, the Alexa App can control any smart home device you connect to directly via Zigbee, except you can’t access all the features that that device’s own dedicated app offers. The Hue App, along with some really good third-party ones, like Ambee, have advanced features that simply aren’t accessible through the Alexa App.

Alexa’s wealth of integration is growing quickly, with something like 50,000 Skills available to choose from. I’ve used it consistently for weather updates, sports scores, basic facts, and to control smart home products. Routines are another way to automate in sequence or simultaneously, and are an easy setup on the app.

There’s still more. The Echo Plus can make phone calls, which is more useful than you might think. You can even call someone who has an Echo device or the Alexa App directly, offering a calling alternative from your smartphone.

Alexa also works with a lot of different smart home products. From lights, to security cameras, to thermostats, to doorbells, and on and on, the bevy of options is growing. It’s since moved on to include things like blinds, alarm systems, air purifiers, routers, and robot vacuums.

Moreover, the speaker can be a useful tool or guide. I noted in a past review that I used Alexa for help with recipes. If I need to know something brief about someone, or learn the answer for a specific fact, the voice assistant is always there.

I also like that Follow-Up Mode has finally rolled out. You need to toggle it on in the Alexa App by going to the top left menu>Device Settings>Echo Plus>settings in top right>Follow-Up Mode. That allows you to string commands together. For example, I could say, “Echo, dim lights in living room,” where it will then say, “OK,” giving me a few seconds to add another command, like, “loop fireplace sounds.”

“OK” is basically a bridge signalling you can add another command. There is no real limit in how many you can string together this way. It’s not a feature specific to the Echo Plus, mind you. Any Echo speaker can do it.

Off the bat, this newer Echo Plus sounds better than the previous model. The improved sound stage is obvious, at least to me, since I’ve now tested both. The first Echo Plus had a flatter sound that didn’t boost the bass or treble too much. This speaker does, and while the quality isn’t incredible, it’s much better than I expected.

It gets louder than its size would indicate, too. To go further, you can stereo pair two Echo Plus speakers for true left and right stereo channels. Add an Echo Sub and you have a sound system with bigger bass.

The speaker’s equalizer is basic, with just bass, mids, and treble adjustable sliders. What’s cool is you can also adjust these by voice. Simply saying, “Echo, more bass,” is enough to raise it.

Alexa continues to get better at voice recognition, particularly for music. I linked my Spotify account, but also used Amazon Music Unlimited, to play music. Google Play Music, Apple Music, and Tidal still don’t work by voice on Echo speakers. The only way to play music from any of those platforms is to pair your phone with the Echo Plus through Bluetooth.

If I wanted a flash briefing that included news and sports stories, I could just say, “Echo, play my flash briefing.” I could get radio stations through TuneIn, or podcasts, though I could only listen to the latest one in a series in the latter case. Even Kindle audiobooks will play through the speaker on demand.

I like using Alexa for ambient sounds, like fireplace, beach, rainforest, and more, all of which are freely available in the Skills section. While music is the primary audio activity, you can use the Echo Plus to play back a lot more than just tunes.

Despite the improved performance, the Echo Plus isn’t going to outperform a speaker like the Sonos One. That speaker is also Alexa-enabled and produces a bolder, clearer sound stage than Amazon’s model. But that’s hardly surprising. Sonos has a pedigree for good sound, whereas the Echo speakers haven’t hit the kind of quality this Echo Plus does.

I like the Echo Plus for a bedroom, small living room, kitchen, or similarly smaller space. It has the power to cover a room, and once you add another for stereo pairing, the speaker’s dynamism goes up a notch. The Zigbee integration is nice, though only truly useful if you have smart home products without a hub already.

The Amazon Echo Plus (2nd generation) is available now in sandstone, heather grey, or charcoal. 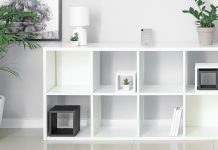 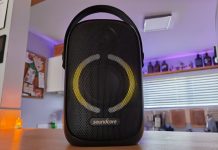 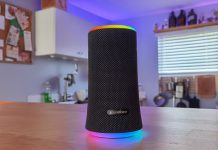