The X930E represents one of the top-tier televisions that Sony has to offer. From my experience with Sony, they really like their branded proprietary technologies. With this TV, it’s no exception. With features that have marketing-infused names like “X1 Extreme”, the titles conjure up expectations for quality that should be nothing short of spectacular. Sony televisions have been a staple in my living room and they have delivered performance that mostly backs up their hyperbolic naming conventions. I am excited to see if this TV lives up to the marketing. For this review, I will be testing these fancy sounding features, the design, and the overall experience of the Sony X930E.

Best Buy Canada has sent me a series of the latest home theatre devices from Sony to test out. This includes 4K televisions, home theatre sound systems, hi-def speakers, and an Ultra-HD Blu-ray player. Over the next few weeks, I will be sharing my thoughts and experiences with these devices.

The design of the Sony X930E will leave an impression

Even the back is modern and elegant

The Sony X930E has one of the most unique backs that I’ve seen on a television.The back is traditionally an overlooked area of design. The designers at Sony invested extensive time and energy to ensure that this TV had a thoughtful and distinctive design. The rear features a stylish pattern and a neutral colour that would look attractive in almost any living room. However, the design flourishes are not just for visual appeal. The unique design also serves as a way to completely hide all of the ports and wires from sight. This is achieved through removable panels that strategically cover the traditionally unsightly areas of the TV. The cable management extends through the legs of the television, resulting in a very clean and organized setup.

The legs connect to a base that is made out of angled steel. This design adds a modern touch to the overall aesthetic and can also serve an additional functional purpose. The base is at an appropriate angle and size that can accommodate Sony’s latest home theatre sound systems. Using this base can be a great option if you have limited space, or are looking to have a cohesive home theatre set-up.

One important factor to consider about this television is its weight. The Sony X930E weighs nearly 100 LBS, which is significantly heavier than most televisions in this size range.

The design of the remote is one of the most disappointing things about this television. For something that is mainly used to interact with the TV, it should be ergonomic and be easy to use. For some reason they decided to include a remote that features a design and layout that is similar the remote that Sony released nearly 10 years ago. I feel that this design has way too many unnecessary buttons. This is magnified with the arrival of Android TV as the operating system.

Television manufacturers like Samsung and LG have included a simple remote that only includes the essential buttons and uses high end materials. This is a reflection of the simplified interfaces and the quality of their televisions. It’s also a consideration for ergonomics and user experience.

Sony’s interface has drastically improved with Android TV. It feels very odd that they still include a remote that was designed for the complicated interfaces of the past. With so much time and resources dedicated to the back of the TV, neglecting the design of the remote feels so apparent.

Android TV is good and is poised to get even better

The Sony X930E uses Android TV as its primary interface. This major shift results in a user experience that is vastly improved over Sony’s previous in-house OS. Since Android TV is an extension of Android on mobile, many of the design conventions have remained intact or have been translated for the TV.

Apps and settings are easy to find on a home page that resembles what you’d find on a mobile device. Bright colours and distinctive buttons make it really easy to navigate and use the interface. Since Android is known for its ability to customize, I would have wanted more options to tailor the interface and content suggestions. I found that plenty of the home screen real estate was filled with unwanted pre-installed apps and ads.

One of the largest benefits of Android TV, is having access to the large library of apps and games from the Google Play Store. It has been really fascinating to see how fast these apps have evolved into experiences that are user friendly and deliver meaningful value. I found the apps were enjoyable and actually felt that they were thoughtfully designed for the larger television display. This is an important distinction as apps for the TV were once lazy extensions of mobile apps and were very hard to use. This progress demonstrates that the Google Play Store will be an exciting outlet for new applications and games for the Sony X930E.

The built-in Google Chromecast can enable you to easily send content directly from your mobile device to the television. This feature can be especially helpful if you prefer interacting with apps like Netflix or YouTube with your mobile device.

Chromecast is very easy to activate. Once you find the media that you would like to play, simply press the cast button located in the app and it will automatically send it to the TV. I found that this feature is very useful when I am already watching a movie before entering the living room. Chromecast enables you to seamlessly continue watching where you left off.

Catch every moment with the Discover Menu

The Discover Menu provides access to shortcuts and updates from your favourite apps. It can be easily accessed at anytime from the dedicated button on the remote. This feature allows you to quickly glance at updates from your commonly used apps without having to exit your current programming. Since the menu bar has an unobtrusive design, I found myself using this quite often to check for the latest updates.

4K and HDR Performance is unforgettable

The X1 Extreme processor helps deliver the best 4K and HDR experience that I’ve seen on a television. This processor enables the TV to reproduce realistic colours and lighting, which adds noticeable depth and contrast to the image. I was even surprised to see that the processor upscales standard high definition content, and the results are impressive. The Slim Backlight Drive+ provides bright and accurate lighting that delivers a very noticeable boost to the HDR performance. The combination of these technologies caused me to pause on multiple occasions to realize how incredible the picture was. These features may have interesting names, but they definitely deserve the hype and it will be worth the extra investment.

Finding 4K and HDR content isn’t as much of a challenge as it once was. Streaming services such as Netflix, YouTube, and Amazon Streaming, now provide a decent selection of TV Shows and Movies in these new formats. The only limiting factor is the speed of your internet connection. Fortunately, the X930E has a built in ethernet port so you can use a more reliable and faster wired connection. Alternatively, you can also use a Ultra High Definition Blu-ray player like the Sony UBX800 to view 4K and HDR content that doesn’t require an internet connection.

Final thoughts on the Sony X930E

The Sony X930E is a premium television that has a design that is carefully considered for style and functionality. Even the back of this TV has a modern design that also hides any ports or unsightly cords. The Android TV operating system delivers a fast and accessible user experience. While there is some room for improvement, Android TV has a bright future with new updates and functionality on the way. As for picture quality, this TV feels like having a magic window in the living room. The combination of 4K and HDR deliver accurate colours and images. With the help from the new X1 Extreme processor, both Standard HD and 4K content look amazing. The Slim Backlight Drive+ delivers realistic lighting that is very bright and it showcases this television’s HDR capabilities.

The Sony X930E is a television that delivers the next level of design and technology. If you are looking for an option that has a long term potential, this TV is certainly worth your consideration.

A comprehensive selection of televisions like the Sony X930E and the latest innovations from Sony can be found at BestBuy.ca 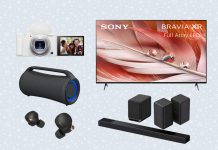