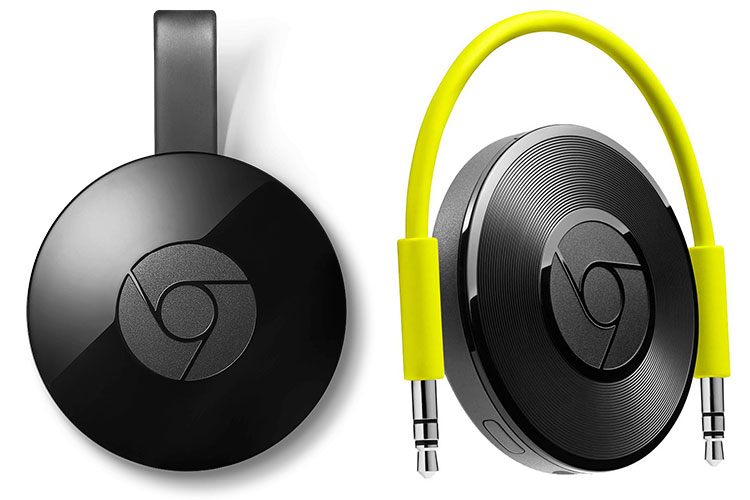 It may be months till Christmas, but Google is aiming to make a play for your holiday spending dollars by announcing a slate of new devices, just in time for the holidays.
Of note for home theatre aficionados is the new Google Chromecast, which will now feature a flatter, rounder design, which is a complete departure from the streaming stick-style dongle consumers have gotten used to.
While Chromecast has shape-shifted, it’s also split itself into another companion device, called Google Chromecast Audio, which will stream music from the cloud.

What does the audio device mean to consumers? As written in USA Today, “Google’s new Chromecast Audio demonstrates its commitment to making Google Play Music one of the leading streaming music services, said Strategy Analytics’ Mike Goodman said in an email. ‘Google has recognized that subscription services has been a hole in its product portfolio (music and video) for some time.’ 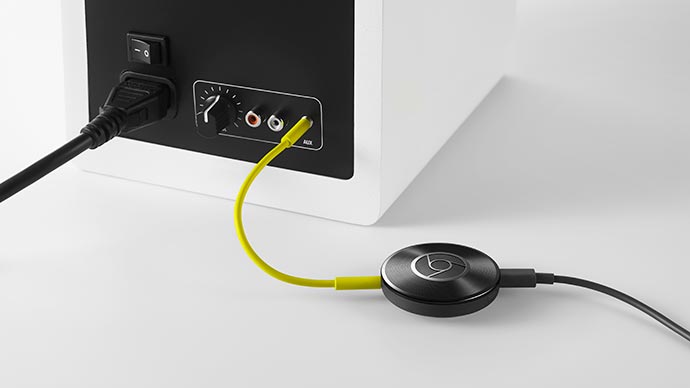 “Goodman said that since 33% of Google Music users currently listen via wireless speakers, by adding a smart capability to “dumb” legacy systems such as TVs and hi-fi systems, ‘it could be the game-changer Google needs to improve its overall appeal and customer reach.’

Chromecast TV & Audio: Why 2 devices?
The first gen Chromecast could stream music, so you might be wondering why the company has split it off into a separate device. It goes to that “adding smart capability to dumb legacy systems” comment above. While version 1.0 could only stream through your TV (using the HDMI port), version 2.0 now uses the .35mm audio jack that many speakers and devices have plus wi-fi, allowing for streaming on many more devices including wireless speakers, stereos or even other previously ‘dumb’ devices, because let’s be honest, almost everything has an audio jack today.

All about the TV Streaming
As for the TV stick, er, coin? Disc? What are we going to call it now? Anyway, as for the TV device, the second generation Chromecast will still give you the ability to mirror video content on whichever TV you connect it to using the HDMI port, same as the original. But Google told attendees at today’s announcement the new Chromecast will have better wi-fi streaming capability, and that they tossed out the single antenna buried inside version 1.0, and brought the number up to three in this version. The new device also has something Google calls “Fast Play” that in essence reads your mind, and pre-loads content it thinks you’ll like, so it can play it much faster for you when you’re ready to stream. 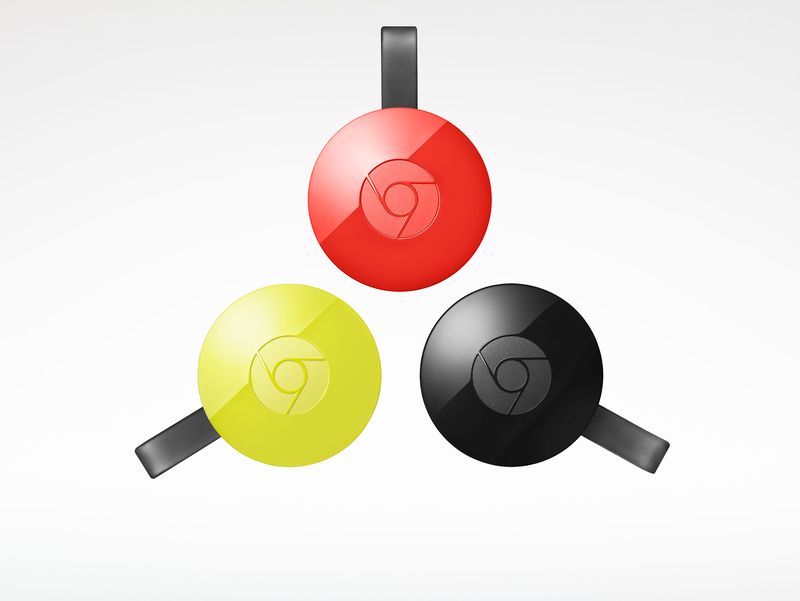 The new Chromecast TV device will also be a lot easier to work with if you have a wall mounted TV and a rear-facing HDMI port since the new Chromecast has, as The Verge explained, “a long-ish, bendable HDMI arm (which) extends from the disc. Google says this is so the device hangs further away from the TV set and other devices plugged into the back of the TV, to reduce interference,” but it will also mean more flexibility for users.

Chromecast TV is a smooth round disc, while Chromecast Audio features subtle circular grooves, and anyone that ever owned a record will get the nod to nostalgia.

The Chromecast app also got a facelift as revealed in today’s announcement.
Google Chromecast and Chromecast Audio will be available at Best Buy in black.  Other colours to come later this year.