Best Buy Blog
Home TV & Audio Streaming content to your TV: everything you need to know

Let’s face it: home entertainment is changing fast, and traditional cable packages are on their way out. Every day, more and more viewers are cutting the cord on pricey cable packages, and switching to the convenience of subscription streaming services like Netflix and Prime Video. But watching an epic saga on your phone or computer screen can feel a bit underwhelming, can’t it? Luckily, there are many options for getting your streaming services up onto the big screen TV in your home theatre, and on any budget.

Keep it simple by streaming with a smart TV

A smart TV is an internet-connected television that gives you access to a wide array of apps, including ones for streaming. Many can also connect to social media, or even let you play games. It’s almost like a TV and tablet combined (minus the touchscreen). Simply use your TV remote to navigate to your preferred streaming app, select your show, and stream to your heart’s content.

Pros of streaming with a smart TV

The best thing about a smart TV is that they are easy to set up and use. Once you’re connected to the internet, all you have to do is open the app of your choice. In fact, many smart TVs like this one from Samsung come with all the common streaming apps pre-installed. So if you’re only using it for streaming, you might not have to download a single app, making it simple and easy for new streamers transitioning from cable. In addition to your remote control, many smart TVs also come with a voice assistant like Alexa built in. So if you had something like this Sony smart TV with the Google Assistant, you could access your favourite shows with a simple voice command, without even lifting a finger.

Cons of streaming with a smart TV

The main drawback of a smart TV for most people will be the price point. While there are affordable smart TVs out there, they are almost always going to be more expensive than a non-smart TV. And if you’re switching to streaming to save some money, it might not make sense to drop all that cash on a brand new TV. The apps available to smart TVs are also limited, so don’t expect the same variety as the app store on your phone. That said, if you’re already in the market for a new TV and you’re committed to riding the streaming train, a smart TV makes for a great home theatre investment.

Stream and game on one device with a gaming console

If you own a gaming console, there’s a good chance you can already stream on that. Major gaming consoles like the PlayStation 4 and Xbox One feature streaming apps for services like Netflix, Prime Video, and Youtube. If you’re already a gamer, that means you can stream your favourite shows and play your games all from the same device.

Pros of streaming on a gaming console

The best thing about streaming from a gaming console is the simplicity of using just one device. Going from a movie to a game is as easy and simple as switching to a new app. That means no changing your TV’s input or fumbling with a different controller. If you already have a console you can stream on, it could also save you the expense of purchasing a new device to stream on. The Xbox One is a particularly good choice, as it can also be easily integrated with Alexa or Google Home to enable voice commands.

Cons of streaming on a gaming console

There aren’t very many cons to streaming on a gaming console, but unless you’re already a gamer, it doesn’t make much sense to do so. There are more affordable and versatile devices that will get you streaming in no time. So unless there are also games in your entertainment library, a console likely isn’t the best choice. And if you’re a Nintendo fan, you’re out of luck, because there are no video streaming services available on the Nintendo Switch at this time. You’ll have to stick to PlayStation or Xbox.

Get affordable flexibility with a media streamer

If a smart TV is a bit out of your price range, and a gaming console isn’t part of your home theatre setup, you are a prime candidate for a media streamer. True to their name, media streamers are devices designed specifically for streaming. Just plug it into the HDMI port on your TV to access all the major streaming apps.

Basically, they can turn any TV into a smart TV. Media streamers come in all shapes and sizes, but the major contenders are the Google Chromecast, Amazon Fire TV stick, Apple TV box, or the Roku Stick.

Pros of streaming with a media streamer

As I mentioned above, media streamers are great for their affordability and versatility. While a new smart TV or a gaming console is likely to cost you at least a few hundred dollars, you’ll have a variety of media streamers to choose from for under a hundred. And since they’re smaller devices, you can more easily swap them between TVs. The most versatile of all is likely the Chromecast, which can stream directly from your mobile device without needing an app. That means you can watch video from just about any site you can get on your phone or tablet and cast it directly to your big screen, no Netflix or Prime required.

Some media streamers can also be controlled with voice commands with a compatible smart speaker. Connect your Chromecast to your Google Home or your Fire TV Stick with your Amazon Echo, and you’ll be able to stream hands-free.

Cons of streaming with a media streamer

Since they’re so affordable and easy to use, there aren’t very many downsides to using a media streamer. They will take up a port on your TV, so if you’re already struggling to keep all your devices connected at once, you might want to consider using your gaming console if you have one, or upgrading to a smart TV.

Another downside is that not all media streamers come with a dedicated remote control. For example, the Chromecast is completely controlled by your phone or mobile device, which can be a bit annoying if you want to use both at the same time. However, many media streamers like the Roku Stick do feature a remote, so make sure you’re choosing the right media streamer for you.

Finding the right streaming device for you

Now that you know the ups and downs of the different ways to stream, it’s time to think about which one would be the best fit in your home theatre. If you have the cash, a smart TV makes it easy. Or if you love to game or already have a PlayStation 4 or Xbox One on hand, streaming is just an app away. If you’re on a budget or are looking for a great versatile option, it’s hard to go wrong with a media streamer. Think about how you want to stream in a post-cable world, and check out BestBuy.ca to find everything you need to stream big. 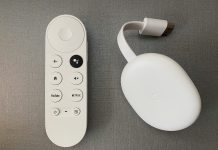 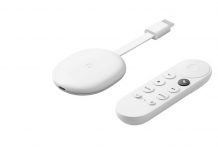 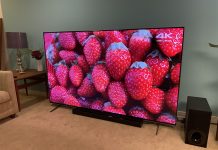