Technology is moving at a rapid pace. For those just now getting used to the idea of 4K TVs, get ready to learn about the newest home theatre technology: MicroLED.

To understand what MicroLED TV is and how it works, we need to back up a bit. You’ll hear TVs today described as LED or OLED, with the ‘LED’ standing for Light Emitting Diode (OLED stands for Organic Light Emitting Diode, which uses a different, organic material like carbon to do its work). These Light Emitting Diodes provide the light for our TVs in order to create a bright, viewable video picture.

In some cases, these LED lights actually live behind an LCD panel or Liquid Crystal Display. The panels need light to produce the picture so, to put it simply, LEDs are the light source that shines through.

OLED TVs don’t require a separate backlight, and neither do Micro LEDs because they’re what’s termed ‘self-emitting,’ meaning they provide their own light. This allows for TVs to be thinner for starters, but also gives display panels the ability to produce truer blacks and whiter whites, plus it eliminates light bleed.

Where did Micro LED come from?

MicroLED was first introduced in 2018 at the Las Vegas consumer electronics show CES by Samsung, which showed off a huge, modular 146” TV it dubbed The Wall. Called the world’s first modular TV for consumers, The Wall is a MicroLED TV that features self-emitting technology with no frame or bezel around it, meaning it can literally adapt to any space or environment.

As the name implies, the LEDs in MicroLED are smaller than ever before, allowing for this kind of modular design, plus increased sharpness, detail and better colour.
About six months later, LG debuted its own MicroLED TV at a tech trade show in Berlin.
What’s the big difference between OLED and Micro LED?

The key difference between OLED, and Micro LED is the material that makes up the tiny elements. With OLED it’s an organic material, but with Micro LED it’s inorganic materials (often something called Gallium Nitride).
This might make you wonder what’s so great about Micro LED, and if it’s better somehow than OLED, and that’s a good question. Both technologies are indeed great. You could look at the arrival of MicroLED as Samsung stepping up to meet the TV technology challenge thrown down by rivals at LG, Sony, Philips and Panasonic, all of which produce OLED TVs.

With a MicroLED TV you’ll notice brighter whites, darker blacks and more accurate and realistic colours, plus a more realistic colour blend thanks to those ultra tiny pixels and LED particles.

Will I see screen burn-in with MicroLED?

Burn-in is partial image retention or ghosting that comes from a static image being on screen over a long period. While very little hands-on testing has been don to prove it, some experts think burn in could be lessened with MicroLED.

What are the advantages of MicroLED TV over OLED?

One of the limitations of OLED technology has been that its peak brightness levels have been limited. The aforementioned manufacturers are working to improve that, but we’re learning MicroLED can illuminate a panel far brighter than OLED, with a contrast ratio of 1,000,000:1. That’s—rather startlingly—up to 30 times brighter than comparable OLED TVs. And that means Samsung could very well run away with the market by finding a way to bring the cost down on consumer models of MicroLED TVs.

Are there MicroLED TVs coming out this soon? When will they be available?

The short answer to this question is, we’re not sure. Samsung had promised it was attempting to bring the price down on this new technology, since it would be prohibitively expensive so early in the production game, but hasn’t said specifically when one could come to market.

LG for its part hasn’t even said whether it intends a consumer MicroLED TV at all, since it could have been just showing off when is quietly shared its MicroLED version at the trade show. Indeed a search of the LG website returns “We are sorry, your search did not return any results on our site,” when you type in MicroLED. Samsung’s website shares its press release.

Meantime, there’s plenty of choice already for sale at Best Buy when it comes to OLED TVs.

You might wonder, when you’re hearing about all this new technology if you should get a MicroLED TV in the future, or an 8K TV. The answer is, you might end up with both, because these technologies are not mutually exclusive.

Since MicroLED refers to the lighting, and 8K refers to the resolution (more pixels crammed into your screen) we could and should end up with TVs that pack all of this goodness into one, much the same way you can buy a 4K OLED TV right now.

Read more about 8K and what that means for your home theatre here.

Watch the Best Buy Plug In blog for more about this. If you have questions in the meantime, please post them here.

Check out all the TVs available today at Best Buy. 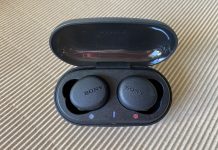 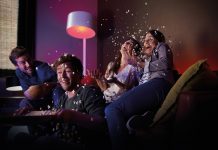 Expanding Your Smart Home: Smart Lighting for Your Home Theatre 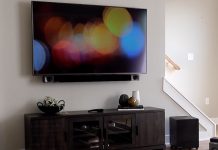