In a few short years, wired headphones will truly become a thing of the past. With Bluetooth 5, smartphones are moving away from headphone jacks. This means that virtually every mobile user needs a pair of wireless headphones.

Today, I’m reviewing two wireless headphones from Happy Plug, the Air1 ANC, and Air1 Plus. The Air1 ANC are in-ear, and the Air1 Plus are earbuds. If you’re wondering what the difference is, I’ll explain that later. For now, let’s begin by looking at the product design.

Design of the Happy Plugs Air1 ANC and Air1 Plus

Happy Plugs is based in Sweden which has a huge and vibrant music scene. In fact, some of my favourite synthwave artists are based in Sweden. The Swedes know all things music. The big question is how that translates into the design and quality of Swedish wireless headphones.

The Air1 ANC comes in a variety of colours and I’m trying out the black version. Stylewise, they look similar to the Apple AirPods Pro with a small stick end. The headphones are constructed from plastic with a matte finish. To give it a premium, luxurious look, it features metallic trim on both the headphones and case. The case comes in a compact form factor that could easily fit in a pocket or purse.

The Air1 Plus also comes in a variety of colours. I’m reviewing the white version. At first glance, it has a premium look similar to something from Apple. Being white and having a long stick end, a lot of people would easily mistake them for Apple AirPods.

What’s interesting about the Air1 Plus is it comes in two design options, Earbud, and In-ear. The Earbud model is similar to Apple Airpods. The earpiece sits at the entrance of the ear canal. Conversely, In-ear works exactly as it sounds. The addition of silicone tips allows users to push it into the ear canal for a tighter fit. This makes it perfect for running or other exercises. The tight fit also produces a better bass response.

I’m reviewing the Earbud model. As I put them on for the first time, I felt that they could easily fall out with any sudden head movement. Included in the box were silicone covers called Active Lifestyle Sleeves. I inserted them on and noticed a big improvement in the fit.

The case for the Air1 Plus is larger than the Air1 ANC and has a more rectangular look. Magnetic tips on the stick end ensure the earbuds sit in the case tightly. This means you can carry them in any position and they will stay charged.

Pairing the earbuds to my smartphone was simple. It should be a familiar process to anyone using Bluetooth speakers or headphones in the past.

The Air1 ANC main selling point is the active noise cancellation. To test it, I played music on my kitchen Bluetooth speaker. In the living room, I tapped the right Air1 ANC earbud to toggle through the different modes. With music playing on the kitchen speaker and ANC on, I could not hear the background music until the song ended. In Transparency and Basic mode, I could hear the background music. In fact, it was very hard to audibly tell the difference between Transparency and Basic modes.

The Air1 ANC felt light in the air and had a snug fit. I was able to jump rope in the morning and they didn’t fall out. I wore them for hours with little to no discomfort. The touch controls to change volume, play music and switch modes was a hit or miss. Over time I got better with it, but there is not much room for error when pressing the buttons.

It’s actually quite nice to review two pairs of wireless headphones at once. By switching between them with the same songs, you notice sonic differences. In this case, the only sound quality difference I encountered was mainly due to the placement in the ear canal.

The Air1 Plus had less bass than the Air1 ANC. That’s because it sits at the entrance of the ear canal. If I squeeze them together into my ears, they sound almost identical to the Air1 ANC in Transparency mode. Outside of the design differences, they sound very similar.

The Air1 Plus felt comfortable in the ear but not as snug as the Air1 ANC. I didn’t try to jump rope with them on. I’m positve they would eventually fall out. The silicone tips do help keep them in place. Once I put the tips on, I never took them off. It felt too loose without them.

I can definitely wear these all day without any comfort issues. They feel very light in the ear.  Since they don’t sit inside the ear canal, they can be worn for a long time without feeling intrusive. The call quality was also good inside my house. I was able to talk to my brother while cleaning. He did not complain about background noise or bad mic quality.

Battery life on the Air1 ANC and Air1 Plus

I use wireless talk time as a metric to judge battery life. The Air1 ANC has 7 hours of wireless talk time. If ANC is enabled, it goes down to 5.5 hours which is pretty impressive. Wireless standby time is 80 hours and it takes approximately 1.8 hours to fully charge. With the additional power provided by the case, the total runtime is 30 hours with ANC on and 38 hours without ANC.

The Air1 Plus has 6.5 hours of battery life and 120 hours of wireless standby time. The charge time is 1.5 hours and the case provides another four full charges. Both headphones provide plenty of battery life. My issue is remembering to periodically charge the cases. It’s easy to forget because you don’t do it often.

When it comes to picking between the two, I would likely go with the Air1 ANC. However, the active noise cancellation is not the reason why. I’m not a fan of the long stick version of wireless headphones. They remind me of the ends of battery-powered toothbrushes. Especially being white and looking like the Apple AirPods, the Air1 Plus is too noticeable for my liking.

With a black finish and a small stick end, the Air1 ANC sits in the ear more discreetly. Plus they are in-ear, making them perfect for active people like myself. Still, with a premium design and luxury look, I can see why a lot of people would want the Air1 Plus.

No matter what you pick between the Happy Plugs Air1 ANC and Air1 Plus, I can tell you this. You will not be disappointed in the sound quality, comfort, and fit of either of these wireless headphones. 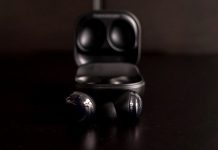 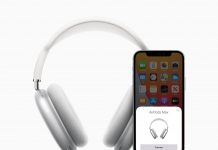 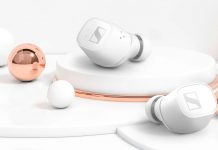 Best headphone gifts for every budget