Going wireless is supposed to be convenient when listening to music, but how much better does it get when Google throws in its digital assistant too?

It’s important to note that the Pixel Buds were largely designed for Google’s Pixel phones, but can also work with any Android phone capable of running Assistant, its voice platform. That’s a pretty wide range, since you only need to be running version 6.0 Marshmallow or later.

There’s plenty that’s interesting with these wireless earbuds, but the full extent of their capabilities isn’t immediately obvious.

The Pixel Buds have two earpieces connected by a fabric-covered cable that reduces tangling, and makes it easier to wrap inside the charging case. That case is also lined with fabric, and quite small for stuffing in a pair of earbuds and a battery to charge them. But it works, so long as you wrap them around in the same way they come out of the box.

Two magnets seal the case shut, except keeping the cable dangling out doesn’t allow for it to close. The case has its own battery to hold multiple charges, explaining why Google claims the Pixel Buds have 24-hour battery life. On their own, the Buds are rated to go up to five hours per charge,

Google managed to make use of the cable by creating space for a loop extension, thereby making the earbuds adjustable. Slide out the loop, or reduce it to tuck into the inner ear. The point is to find a comfortable fit, and even without fiddling too much with the cable, I found the Pixel Buds to fit well in my ears.

They went into pairing mode right off the bat once I removed them from the case, where the Pixel 2 XL I was using recognized them and confirmed pairing after a few steps.

The right earbud is touch-sensitive on the outer shell, enabling touch and gesture controls, since there are no physical buttons. The cable also has no inline control and microphone, as is common in wireless earbuds, so everything runs through touch input or voice command.

A simple tap will play, pause or accept an incoming phone call. A double tap will get Google Assistant to announce the time and any new notifications that may have come in. Swiping forward raises volume, and swiping back lowers it. Note that there is no way to skip or repeat a track while listening to music unless you tell Assistant to do it for you.

That means you have to touch and hold the outer portion of the right earbud to wake up Assistant, and tell it to skip or go back a track. That would normally be convenient, but it isn’t always practical when out in public, especially in crowded situations. In those instances, pulling out your phone to do it would be the next recourse.

Google touted the Pixel Buds’ ability to translate up to 40 languages in real-time, giving the impression it would work with any phone. It doesn’t. The feature only applies to Pixel phones, and it requires that the Translate app is running with a data or Wi-Fi connection.

With those prerequisites in place, here’s what would need to happen in order to make the process work. If I were to say, “Ok Google, help me translate,” it would go to the Translate app on the phone and wait to hear someone speak in another language. The app processes that speech and relays it into English to my ears through the Pixel Buds.

Any reply I verbalize through the Pixel Buds would then go the other way, this time through the Pixel phone. Under the right circumstances, it’s pretty interesting, and portends a future where a phone likely won’t be necessary in bridging a linguistic divide.

However, it’s only currently relevant to Pixel phone owners, and even then, you will need a data connection if you plan to utilize it while travelling.

It was sonically evident, at least to my ears, that Google wasn’t trying to engineer the world’s best sounding wireless earbuds. That’s not to say they’re bad, only that they are more ordinary to cater to a wider segment of users.

Sound is inherently subjective, so fully recognizing that “good” sound is a relative term for most, I still don’t think I’m far off in my assessment. Audio quality is good, but hardly exceptional. It’s akin to what you would expect from a decent pair of earbuds that come packaged with a smartphone.

The earbud design here is not of the in-ear variety, meaning there isn’t a protruding piece that burrows into the canal to create a tighter seal. Passive noise isolation helps balance out the bass with the mids and highs, which is why most earbud designs have different-sized tips. Finding the right fit is equally about comfort and fidelity, at that point.

None of that really applies here because there are no tips, nor any piece going into the canal. That does make the Pixel Buds among the most comfortable wireless earbuds I’ve worn over longer periods. It’s just not as good at blocking out ambient noise to keep it from bleeding in and impacting music playback.

The touch controls were also a little finicky at times, most especially when trying to adjust the right earbud for a snugger fit. Sometimes, playback would pause, or Google Assistant would speak up.

Google has put forth some interesting ideas with the Pixel Buds, but the execution still feels experimental. The Pixel 2 and Pixel 2 XL do not come with headphones in the box, making the Pixel Buds a reasonably attractive option because of the integration involved.

Sound quality alone isn’t enough to warrant going for these, and even the extra comfort and battery life may come second. The extra features are the real draw here, and Google doesn’t hide that. If you like the concepts included in these earbuds, you would essentially be an early adopter. 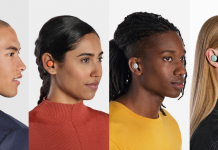 Best headphones for back to school 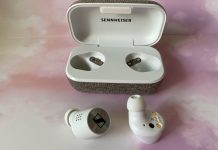 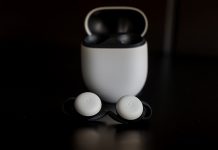