Bowers & Wilkins offers incredible speakers to complete your entertainment setup this Oscar season. There’s a lot of good (and great) Oscar-nominated movies to watch and I’m already listing down the titles that will surely keep my popcorn maker busy every night. While the Oscar season is mostly known for the visual feast, sound production has scored big with films featuring exhilarating sound effects and music that effectively propel the story. From animated musical, Encanto to the futuristic world of Dune, there’s at least one film for everyone to enjoy.

If you’re like me and gearing up to watch as many of your Oscar favourites before the awards night, take your movie experience to a new level and consider Bowers & Wilkins’ wide selection of speakers. Read on as I share some of my thoughts on a few Oscar-nominated movies I’ve seen so far, then enter for a chance to win Bowers & Wilkins 606 S2 anniversary bookshelf speakers.

Read and watch Jason Gorber’s review of the Bowers & Wilkins 606 S2 anniversary bookshelf speakers. These are the same ones we are giving away in this contest!

Movies to watch with your Bowers & Wilkins speakers

The Power of the Dog

The Power of the Dog is, by far, first on my list. Centred in a quiet, rural Montana ranch owned by Burbank brothers, Phil (Benedict Cumberbatch) and George (Jesse Plemons), this cerebral big-screen domestic drama unfolds when George marries and brings his wife Rose (Kirsten Dunst) and her son Peter (Kodi Smit-McPhee) to live on the ranch with his brother. However, Phil’s arrogant and domineering character makes it difficult for the new members of the family to settle in. What started as a slice of life grows into a powerful drama of intimidation. With 12 nominations, including Best Picture, the film amplifies the setting with close attention to sound effects and music, from the weeds rustling in the wind to the sound of hooves and cowboy boots brushing against the dusty ground. While its affective quality lies in creating a quiet, pastoral atmosphere, often in the background a violin instrumental music provides a cacophonous leitmotif that unsettles as well as portends as to what’s about to happen in the end.

Nominated for Best Animated Feature, Encanto is a magical, computer-animated musical from Disney. Set in some faraway town, tucked in the mountains of Colombia, it tells the story of the Madrigal family, who are known for their sentient family house and their unique superhuman abilities—all of them except for one, Mirabel (voiced by Stephanie Beatriz). Without her much-anticipated gift Mirabel feels left out, struggling to find her place in the family. As a series of unfortunate events occur, she makes it her mission to find a way to save her family.

If you love singing to Disney songs, this animated feature is for you and your family. With songs written by Hamilton the Musical’s Lin-Manuel Miranda, there’s a lot to love about this movie. Belt your heart out like Mirabel in Waiting On a Miracle, or put on your dancing shoes and groove to the festive tune of Colombia, Mi Encanto. A story about self-acceptance and belonging this heartwarming animated feature will pull at your heartstrings in a way you and your family will surely love. This action-packed film adaptation of the 1965 sci-fi novel by Frank Herbert is not just a visual spectacle so much as an explosion of incredible sound effects. From the riddling drumbeats to the murmur of intergalactic desert sands, sound is central to its world building that will keep you on the edge of your seats.

With 10 nominations, including Best Picture, Dune projects a very distant future where rival empires must race against each other for survival. The story’s messianic protagonist, Paul Atreides (Timothée Chalamet), together with his family, embarks on a journey to the most dangerous planet to protect one important resource. There, he must learn to endure the planet’s hostile environment and fight against invading forces. Sounds too familiar? Imperial power and domination are themes salient in this epic film that has fans the world over so excited.

At the end of this contest, we will randomly select one winner and will receive the pair of Bowers & Wilkins 606 S2 anniversary bookshelf speakers that Jason reviewed for the Best Buy Blog.

This contest runs from March 2nd until March 16th.

Remember you can enter twice below this article. Share this contest with your family and friends, so they too can have a chance to win this pair of incredible Bower & Wilkins speakers. While you’re at it, roll out the red carpet and invite them over for some weekend movies nights. There’s so many binge-worthy movies for everyone to enjoy. 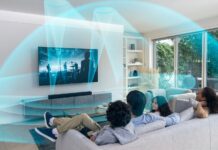 What is Sony 360 Spatial Sound Mapping? 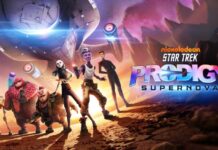 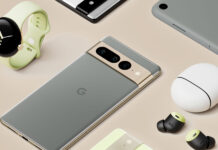