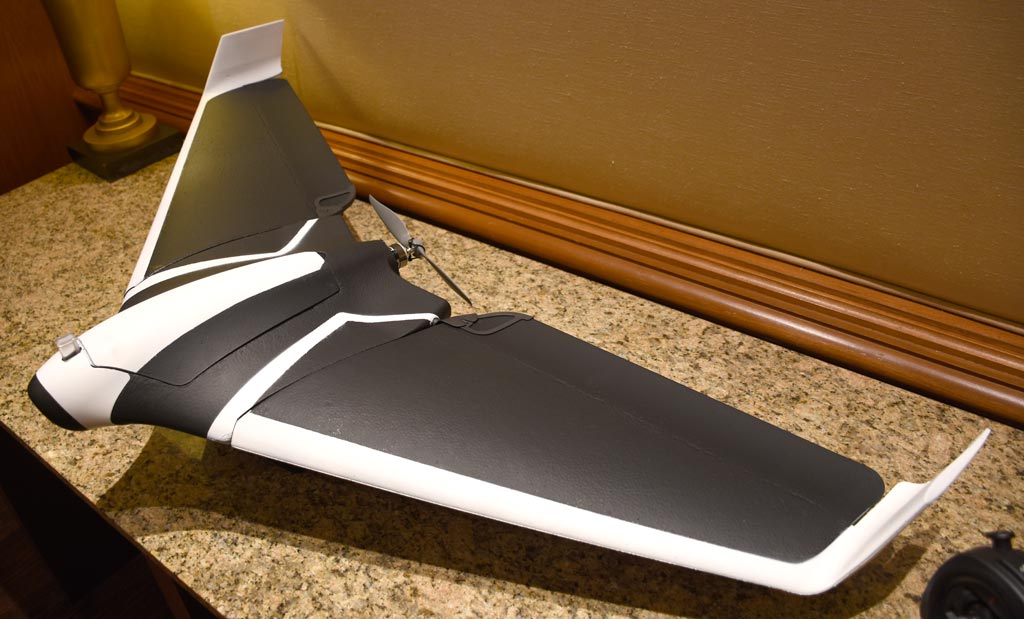 Parrot is known for drones, and has generally stuck to the quadcopter design — until now. The Disco is a fixed wing drone that not only looks completely different from what came before it, but will also fly differently, too. The new model was showcased to a select group of journalists prior to CES, and I got some face time with it.

My first impression of the Disco was that it looked like a small stealth bomber, and I suspect anyone familiar with what that aircraft looks like might tend to agree. Not sure about the Disco name for it, though. 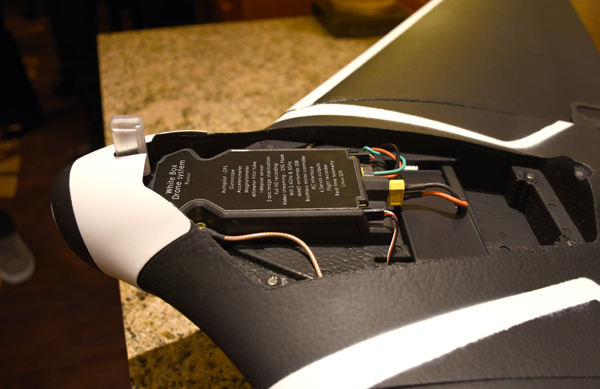 Made of tough EPP foam, it appears that the Disco will be easier to fix with replacement parts. Parrot’s quadcopters are more exposed with intricate pieces that, while available as replacements, may be more susceptible to damage in hard collisions. Weighing in at 700 grams, the drone is more than light enough to carry in one hand, yet stable enough to withstand wind gusts.

A propeller in the back is the Disco’s most exposed element, with a lens in the front for the 14-megapixel camera. Capable of shooting 1080p HD video, there is image stabilization built in to keep images and video crisper during movement. A small camera is present in the bottom of the hull, except it’s there to view and sense the ground for proper landings, not for capturing images.

Since it’s not a quadcopter, it doesn’t take off at a 90-degree angle. Instead, the user gives it a quick shake with one hand and then lets it go laterally to activate the propeller and take off. Once in the air, the Disco is capable of going as fast as 80km, and up to a distance of 2km when using the SkyController. It climbs to an altitude of 50 metres.

A “loitering” mode will put the Disco in a circular holding pattern, with a failsafe also built-in to ensure the drone doesn’t venture far out of range. If it does, it automatically returns to a 50-metre altitude and lands at the takeoff point. It can do a corkscrew landing, eventually swooping to the ground at a 30-degree angle. There is no landing gear or legs to land on, but I was assured that the hull won’t suffer from landing on a variety of surfaces. That being said, I did come away with an impression of delicacy. 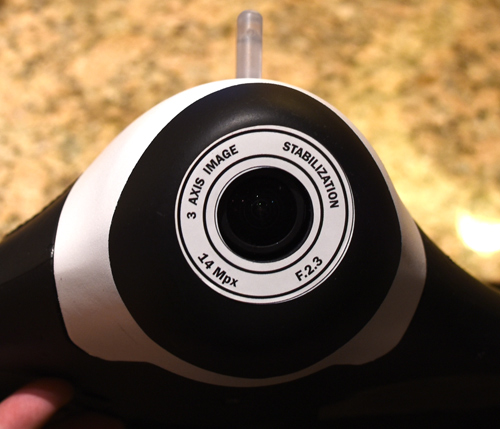 On the top of the hull is a compartment that comes off, revealing the components inside. GPS is already included, along with an extra USB port to expand on the already sizeable 32GB of internal storage. Another USB stick is already plugged in at the nose of the device, helping to measure metrics like air pressure and air speed to better calibrate the drone in real-time when in the air. Interestingly, an RC input is also in there, allowing users to use third-party RC remotes to pilot the Disco.

Battery life is rated up to an impressive 45 minutes, but I would expect that to be lower once factors like, speed, wind resistance and video recording come into play. Even so, flying for more than 15 minutes without worrying about the battery dying is a move in the right direction.

This will be the only colour scheme available, though Parrot hasn’t committed to a release date beyond “later this year” to launch it. I wasn’t able to see it fly because of the size of the room we were in, but I will update that when I get the chance to see it in action on the show floor.