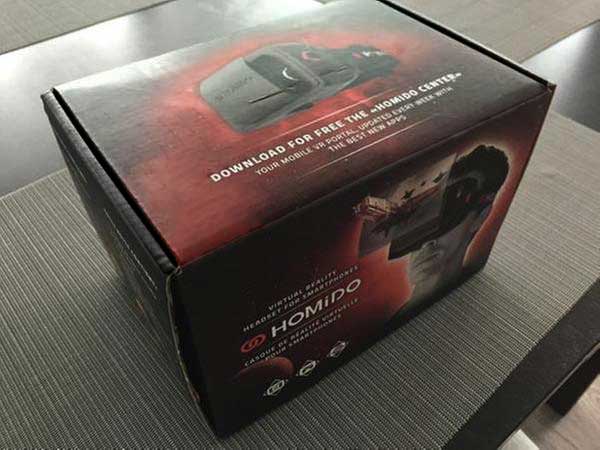 The next transformational leap in gaming and entertainment is already here. Virtual Reality or VR is the idea of creating digital virtual spaces that we can immerse ourselves into, exploring digital worlds just like the way we would explore the real world. Homido has a smart and simple way to experience VR anywhere using something you’ve probably got on you right now: your smartphone. 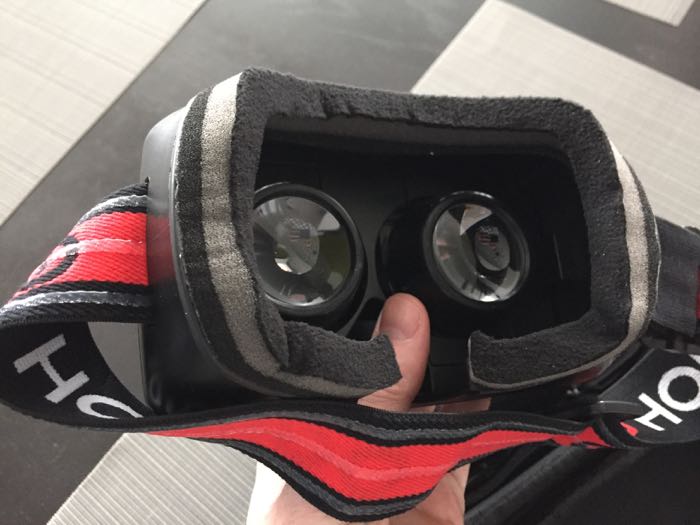 The promise of VR was originally made back in the mid-90s, and was celebrated in books like Neuromancer, and in movies such as The Lawnmower Man, and Disclosure. Sadly, the hardware wasn’t up to the task back then; VR headsets were bulky and heavy, and the computers used to drive them simply weren’t fast enough to create a compelling 3D/VR experience. Smartphones now have far more processing power than even the super-computers of the mid-90s, meaning that they have be a light, fast, connected gateway to VR content.

The way it works is simple. 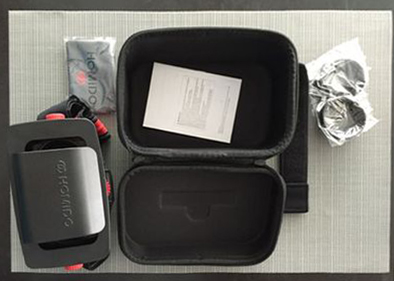 The rectangular box that the Homido comes in holds another box inside: a hard fabric zip-box that contains the headset, a polishing cloth, the instructions, and a series of plastic cones that can be used to adjust the optical experience for those with short- and long-sighted vision. There’s also an optional over-the-head strap that offers more support.

The headset itself feel very familiar if you’ve experienced the older Oculus development kits. It feels a bit like ski goggles, with an elasticized strap that goes around the back of your head, and some foam that cushions the headset against your face. Inside the headset are two lenses, one for each eye.

There is a dial on each side to adjust the distance of the lens from each eye, allowing some control over how it focuses. In addition there’s a small dial on top that adjusts how far apart the lenses for the eyes are, giving you a better experience for your shape of face. There’s no way that you can tight or loosen the phone holder piece; it uses pressure to keep your phone in place, but it’s fairly springy for larger Android devices. 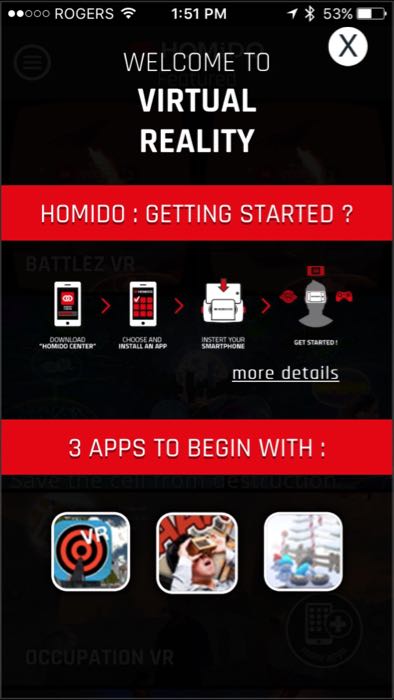 There is a welcome screen in the app that greets you with three initial applications; one of which had all of the intro text on the App Store in German. Interesting to see, but not terribly helpful if you’re not someone who can read German well. I downloaded all three apps, then hit the X and downloaded a few more “featured” apps, including one called VR Kanoid (a witty take on the 80s classic Arkanoid).

I’ve worked with a lot of VR solutions over the course of the last two years and I’m always amazed when I put a headset on: VR is real and it’s here…and with headsets like the Homido, it’s cheaper and easier to use than ever. VR Kanoid isn’t a complex game: you simply move your head to control a paddle that prevents a ball from going into the goal behind you. That ball bounces around the playing field above you, and breaks bricks as it hits them. Inside some of those bricks are power-ups that can change the way that you play.

To get started all you have to do is stare at the PLAY button; there’s an on-screen counter that shows you your choice being confirmed.

The limitations of a system like this become pretty clear once you realize that your main way of interacting with your phone is usually through the screen. That said, some of the clever ways to get around things include focusing on areas and tapping the headset to convey a tap to the phone’s gyroscopes. VR Kanoid uses a timed method: it launches the ball after a few seconds of waiting, so you’d better be ready!

The system is incredibly responsive, far more than I would have thought. Without the over-the-top strap I found that even the tightest settings gave me a bit of lag as the headset wobbled from me turning my head. The top strap, however, stabilized the unit, and made it easier to score points. Even so, you’ve really got to crank your head to the left and right to get the paddle from one side to the other .

The Homido isn’t just for games; it’s a fun experience for movies and interactive video content as well. The Homido Cinema app gives you access to VR movies, but the headset is compatible with any VR video app. Immersive video has a cool factor that’s hard to beat, but I can’t help but think that it’s not a great choice from a storytelling perspective; it’s hard to get users to pay attention to the important things without locking the camera, which defeats the purpose of VR. It’s going to take some creative thinking to change how we see movies to get it to work. Valve did something very interesting with Half-Life 2 where it gave the player agency to look where they wanted, but used the scene direction to help the player look in the “right” direction at the right time. That’s going to be key if VR movies are going to fly.

The VR experience is going to be very dependent on content, but as for the delivery mechanism, the Homido is actually a really cool and inexpensive way to get into things. It’s more pricey than Google’s cheap and cheerful Cardboard product, but it’s also a lot more comfortable to use both in the short and long term. It’s very much a product that isn’t an essential, but is definitely a nice-to-have. 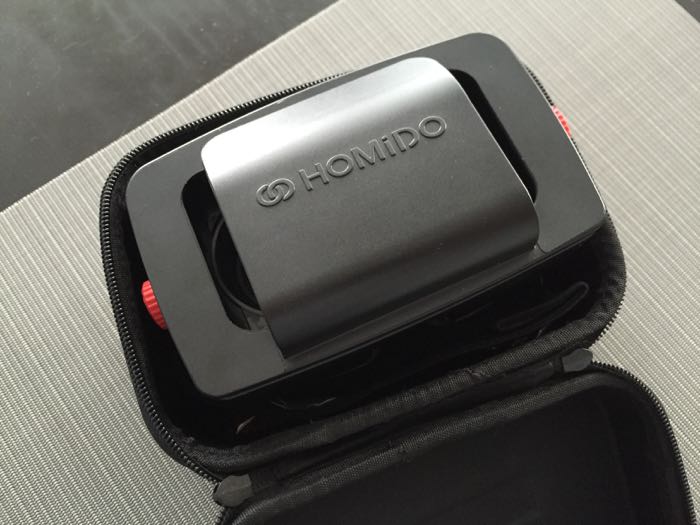