Mobile devices have always been focused on personal communication. First, it was voice calling, then text messaging and then services like BBM and chat using various apps. Now we’re keeping in touch with video apps on tablets and smartphones.

Now it is all about video apps that make it possible to stay in touch with with family, friends and loved ones. It is now easier than ever to keep your better half close using the latest smartphone and tablet video apps.

Video conferencing and chatting applications on PCs really thrived when used on tablets and smartphones. While texting, IM and chatting software evolved slowly on PCs (with the ability to send images, smileys, emojis and even video), using video applications like Skype, Apple’s FaceTime and Google Hangouts are great desktop/notebook solutions that happen to work a lot better when used on mobile devices.

The reason is that mobile devices are now better equipped to handle PC-level video calling. Data speeds are fasters now and software is more efficient at quickly compressing and pushing video signal with less latency and when using WiFi, these video apps are practically free to use (use 4G-LTE data, however, and you’ll hit your limit pretty fast).

Skype is the elder statesman of video apps and, for better or for worse, is really the standard that most people have started with.

Microsoft has made Skype available to every platform and every device possible and while some complain that ISPs (Internet Service Providers) who also offer phone services, tend to throttle Skype voice or video calls to degrade the experience for their users, this hasn’t diminshed Skype’s popularity.

Skype seems to have grabbed a foothold in enterprise and while the majority of the world uses it, the reason is largely because it is what comes on their PC or phone.

FaceTime is Apple’s default video app and one of the strongest selling points for iOS devices and Macs.

FaceTime has always been marketed as a consumer solution, it is intimate and personal at the same time and makes it possible for users to feel they have been transported to where their loved ones are.

FaceTime is also extremely easy to set-up, it is installed in every new Mac and iPhone or iPad and it is one of the features that helps sell these devices to grandparents and family living in remote places.

In my own family, my sisters, who live in different US states, all use FaceTime on iPads or iPhones. So naturally, when we chose to buy a tablet for our mom, we got her an iPad which she now uses everyday to keep in touch with her kids and grandkids, no matter where they are. FaceTime is the preferred way of staying in touch.

Now, even my teenage nieces and nephews are on FaceTime and it has been the first option to catch them since they don’t use email or answer their landlines. FaceTime is specific to Apple-made devices and isn’t likely to become a cross platform play anytime soon.

Google’s Hangouts came out of the Google Plus social network and has proven itself to be a capable and free option. Hangouts’ strength is that it can loop in multiple participants at the same time, so you can have less intimate but more cooperative conference type environment.

Hangouts has evolved quickly and made a bit of an impact for mobile users as well, and while it seems ideal for getting a bunch of friends together virtually, it might not be the go-to app for having conversations with your significant other, but it can nonetheless be used to keep in touch with your favourite people.

Video calling apps designed for smartphones are unique because they are created for the smaller form factor and can make the process of engaging with a loved one very personal.

Using both the front-facing camera and the rear camera of a smartphone or a tablet.

This makes it possible to have the person you are talking to be right in front of you in great detail which makes it easy to convey more than voice but various visual reactions like a smile, a laugh or eyes rolling.

Access to the rear camera allows one to share their surroundings and offer an immersive experience for virtually ‘being there’ even when both users are miles apart.

There are various chat apps on mobile devices that have evolved to offer video calling features.

Facebook, which owns both its own Messenger platform and the more popular cross-platform WhatsApp Messenger, has just enabled video calling on Messenger and is said to be working to make WhatsApp video-ready as well, this would make it possible for the tens of millions of users of these services to switch to a video call in instances when it is most convenient.

Other apps have completely changed the way video is done. Take Snapchat, for example. The whole idea of Snapchat is to send a photo or short video snapshot to someone, which eventually expires or disappears from their phone (and Snapchat’s servers) in around 10 seconds.

Younger users seem to enjoy using Snapchat which is quick to use and quite ephemeral. Newer versions of the app now allow users to save and store what they want and while the service says that images and videos disappear forever, the reality is that any image on a phone or tablet can be screen captured or saved so it makes sense to be aware of this before posting.

While not necessarily aimed at one-on-one chats or video calls, apps like Periscope and Meerkat are revolutionizing social media by making it possible for anyone with a smartphone and a data plan to broadcast live from their own location.

These apps act in a similar way, they use your Twitter feed to inform followers that you’re on live, and you can then share anything that your smartphone cameras and microphones can capture.

While seen as a tool to enable citizen journalism and  empower real ‘man on the street’ reportage by amateur users, Meerkat and Periscope have been used for everything from live events, gadget unboxings and even Q&A interviews.

Periscope has the ability to broadcast to a specific user or follower, which makes it a viable option for keeping your significant other close, provided they’re using the app as well.

Because of these various technologies running on our favourite mobile devices, it is now easier than ever to stay in touch with the most important people in our lives. 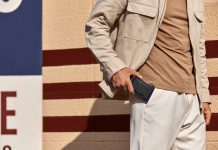 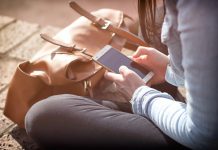