Of the three new flagships Samsung released, the Galaxy S10e is the most affordable. So what does it offer to make it a convenient alternative?

It’s easy to overlook the Galaxy S10e because it lacks all the features and flashy visuals of its two brethren. Once I started using it, though, I soon realized that this wasn’t really a watered-down version, it was a solid standalone phone unto itself.

The specs already indicate it, but it’s immediately obvious from first glance that the Galaxy S10e is smaller than its two siblings. Once you hold it in hand, a few things stand out. First, is the lack of a curved display. Where Samsung turned to exclusively using them on its flagship phones since the Galaxy S8, the return of a “flat” screen might be a good thing.

Second, the device has two camera lenses, one less than the three in the S10 and S10+. The power button doubles as a fingerprint sensor, so there is no onscreen sensor, like the other two have, either.

The smaller 5.8-inch Dynamic AMOLED is indeed smaller, with a lower resolution, but it’s not lacking in vibrancy or brightness. It may not rival that of the other two, but it looked good to me over the time I tested the phone. It even supports HDR10+, helping bring out better contrast when viewing supporting content.

The front-facing camera is nestled into the righthand corner, much like Samsung did with the other models. Interestingly, Samsung kept much of the camera specs intact on both sides. The Galaxy S10e sports the same 10-megapixel front camera, plus the same wide and ultra-wide lenses in the rear. The software is virtually the same, offering almost everything the others do.

Many of the other design elements are familiar. You get glass all around, the lenses are laid out horizontally and there’s the Bixby button under the volume ones on the left edge. The speaker is at the bottom, next to the USB-C port. The Galaxy S10e even includes the Wireless PowerShare reverse wireless charging feature.

The Galaxy S10e runs on the same processor the other S10 handsets do. Despite the lower 6GB of RAM, it’s not lacking for power. A lower-resolution screen also taxes the chipset less, helping battery life in the longer run.

The One UI running on Android 9.0 Pie is no different. I outlined some of what I liked about the newer interface and skin in my Galaxy S10+ review, but suffice it to say, Samsung was right not to scale it back here. This phone is easier to wield in one hand, making it simpler to reach or swipe through menus and apps.

I felt Android to be as smooth here as it was on the S10+. Not having the same ultrasonic fingerprint sensor forced me to angle my thumb or index finger to reach for the power button. Conversely, the flatter display meant I wasn’t accidentally tapping things on the screen when the phone was on a table or in my pocket. I was prone to do that with the S10+, and as I discovered, so were many other users.

A lot of the customization options are intact here. Go through the settings and you won’t really find any discrepancies. I was a little surprised the phone included Wireless PowerShare, but Samsung still threw it in. That allows you to charge other devices by placing them on the back of the device.

Reassigning the Bixby button follows the same process. Go to Settings>Advanced features>Bixby key to enable it to open more than just Samsung’s voice assistant. I had already gone through it on the S10+, where I used it to open Google Maps or Spotify. Bixby has to be one of the two available slots, either a single or double-click. You also can’t reassign the button without signing in to Bixby first.

The Galaxy S10e doesn’t have the telephoto lens with 2x optical zoom the other two have. It’s also missing the extra 8-megapixel front-facing lens the S10+ has. That notwithstanding, camera performance is about as good as it gets.

Samsung chose to include the newer 16-megapixel ultra-wide lens to go with the regular 12-megapixel lens. These are the same image sensors as those in the other two models, so Samsung didn’t equip this phone with an inferior camera. The same variable mechanical aperture (f/1.5 and f/2.4) works with the regular lens, though you have to go into Pro mode to switch it.

Samsung added all 30 of the Scene Optimizer AI features, designed to help compose shots in different settings. That includes the new “bright light” to enhance low-light photos. I went over this in my Samsung Galaxy S10+ review, where I found it didn’t go far enough to draw in more light. Pro mode is worth learning, for the simple reason that it helps you learn how to get better, no matter the conditions. When you learn how to change shutter speed, ISO, exposure and white balance, you will be surprised at the shots the phone can take.

Pro mode won’t work with the ultra-wide lens, unfortunately. Still, having such a wide frame is super helpful when trying to capture a wider area, or bigger group. I suggest angling or tilting the camera in different ways for more dramatic effect. You will see the wider angle add some interesting perspective. Same for Live Focus, which gives you a bokeh effect with nice blur in the background.

Video gets a boost, courtesy of that wider lens, too. Super Steady mode uses the ultra-wide lens (albeit cropped) to help you shoot smoother, especially if you or your subject are moving. No matter what lens or resolution you shoot with, you can choose to do it in HDR10+. That will boost the contrast and detail in a shot, though the resulting files may be in a format that you can’t easily share or play on other devices.

I went over the ins and outs of Bixby in my Samsung Galaxy S10+ review, so don’t want to rehash here. It works exactly the same on the Galaxy S10e, whether you use the voice features or interact with the cards. Swipe right from the home screen and Bixby is always there. Alternatively, you can always access it from the button on the side, too.

If you prefer Google Assistant, you can easily install and set that up on the phone as an alternative. Or you can have both work in tandem.

The Samsung Galaxy S10e isn’t going to be a workhorse in battery life. Yes, a lower-res screen does help, but the battery is on the small side for a device of this size. As a result, you will sputter to the end of the day on mixed usage. On moderate to light usage, you will make it through fairly comfortably.

Battery saving features do help in a pinch, so it’s worth getting to know them, and Power mode is always there to tap in the pulldown menu. The phone does support Quick Charge via USB, but wireless charging is going to be noticeably slower.

This isn’t the poor man’s Galaxy S10. I can see how some might view it that way, but it’s just not the case. It’s a highly capable handset that retains a great deal of what the other two, more advanced variants, already have. If you are looking to upgrade to something powerful, yet want to hold back on having it all, this phone is worthy of consideration. 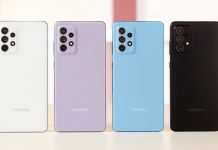 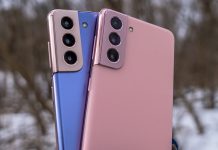 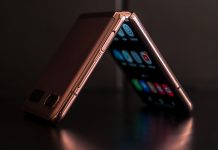