Xiaomi and its new Redmi 5 Plus smartphone may not sound familiar but Xiaomi is one of the largest consumer electronics makers in Asia and it is considered an emerging player in mobile devices.

The company makes everything from luggage, home products, laptops, TVs and is really known for making impressive smartphones that cost a bit less. but offer many of the latest features.

The Xiaomi Redmi 5 Plus is one of the first models to make it to North America and it’s a viable mid-range competitor that brings the experience of a 5.7-inch display surrounded by part-aluminum and part plastic. It feels a lot like devices from ZTE, LG and Google.

Out of the box, you get a charger and Xiaomi saves you some money by including a decent protective case which is appreciated, especially since as a new player in Canada, there aren’t many third-party case options.

The rear metal case houses the 12-megapixel camera and a fingerprint reader. A welcome addition is an IR blaster, making it possible for the Redmi 5 to control TVs and other electronics.

The bottom features a single speaker as well as a rather old-fashioned micro-USB port instead of the current USB Type-C standard.

What isn’t old-fashioned is the Redmi 5 Plus’s use of a rear fingerprint reader as well as the edge-to-edge notch less display up front which, at first glance, makes it look like an LG G6 or a Samsung Galaxy S8 +.

Closer inspection, however, reveals that despite the nice borderless display, the Redmi 5 Plus’s display isn’t anywhere as striking as the AMOLED screens we’re seeing on flagship phones.

That’s not to say it isn’t a good display, but it is one of the features that does make it feel less than premium.

You do get good contrast, reasonable brightness but there’s a notable amount of reflection going on, making this a bit of a bust for use outdoors in bright sunlight.

I do like the display which has rounded corners and makes looking at photos, videos and eBooks and other text more seamless.

I applaud the inclusion of a fingerprint reader in the back, which is more natural when you’re lifting the phone from your pocket and can quickly unlock it before you bring the phone to your face.

The Redmi 5 plus comes with Snapdragon 625 Octa Core 2.0GHz processor which will be more than enough for running apps, messaging, taking photos and videos. 4GB of RAM is great for a smartphone of this size and will allow some room for growth on more demanding apps.

This makes a fingerprint reader allow quicker access than facial recognition that needs to be brought up to where your face is. Making It obvious that you’re looking at your phone.

If you can get beyond the pedestrian display quality, the Xiaomi Redmi 5 Plus is a decent larger smartphone. It feels snappy when swiping through screens and accessing various apps.

The Redmi 5 Plus fits in nicely in today’s selection of Android phablets in terms of size, weight, and design.

The decisions Xiaomi has made for this device simply work. This includes an on-screen 18:9 aspect ratio, Octa-core chipset, 4GB of RAM and a 12-megapixel rear-facing camera, all powered by Android Nougat with Xiaomi’s custom MIUI 9 skin sitting on top. Will this smartphone’s OS be upgradeable? That really depends on how well Xiaomi integrates upcoming Android OS updates into its own MIUI 9 skin.

MIUI 9 is another layer of interaction

Speaking of the M1U1 9 skin, it wasn’t as offensive as I feared and isn’t heavy-handed on the bloatware. The skin is quite friendly and pared down, it thoughtfully segregates Google and Microsoft apps in their own folders, and does offer a whole screen for news and quick controls when you swipe right from the home screen.

Figuring out the intricacies of the M1U1 9 skin will take some getting used to since Xiaomi has its own logic and way of organizing what it deems to be important to the user. Many of the included apps can’t be erased, only hidden. They feel like remnants of apps designed for Xiaomi’s home Chinese market.

The other minor niggles I have against this smartphone are the lack of NFC (making this a non-starter for Google Pay or other smart mobile payment solutions), the use of microUSB instead of USB type C and the lack of any water-resistance. That might be a lot to expect in this price range but we’re seeing those features as standard even in other mid-range phones.

The Redmi 5 Plus has a single bottom-firing speaker. It is clear but not very loud and there are times when you might fail to pick up a call if the phone is in your pocket because you can’t hear it ring. Do set the vibrate option on.

The Xiaomi Redmi 5 Plus has a 12-megapixel, f/2.2 aperture camera which works well in reasonable lighting conditions. This isn’t the fastest camera we’ve used in this range, nor is it the best in lower light conditions. I found that it did a good job taking pictures in most conditions. As an added bonus, Xiaomi has built-in a good range of filters and camera features.

You can record HD video with this smartphone and even 4K at 30fps is attainable if you need that kind of depth.

A welcome competitor in the mid-range large smartphone or phablet market, the Xiaomi Redmi 5 Plus has many touchstone features that one would expect from more expensive flagships. The large edge-to-edge infinity-type display is front and centre as is the metal and glass construction. A decent camera, useful rear fingerprint sensor, and 18:9 screen set it apart from the rabble.

The 720p HD display lacks brightness and is prone to being reflective and hard to read under bright light and the use of microUSB feels like a step back when USB Type-C is now considered the standard.

This is a solid first offering for Xiaomi, one that will turn heads at this price point and introduce this emerging brand to more Canadian smartphone buyers. 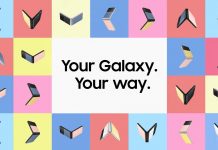 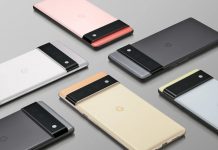 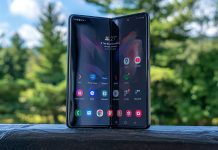