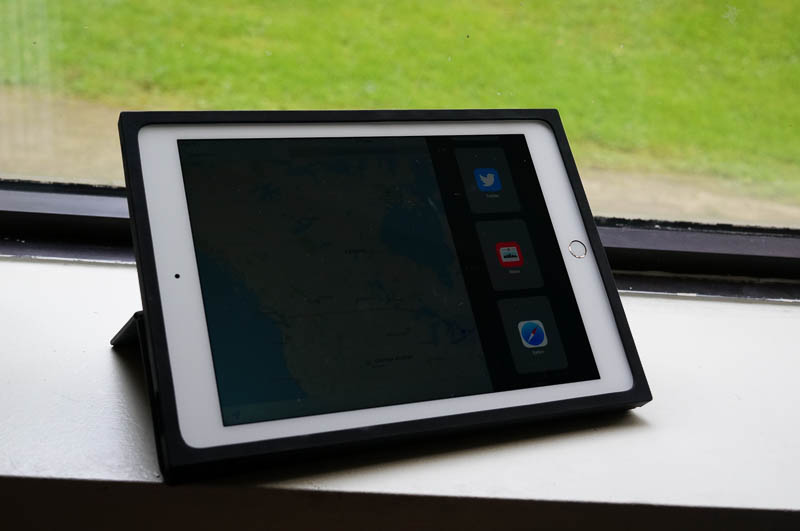 Logitech has designed the ultimate protection-first series of iPad cases and shells. Here’s what you need to know about the Shell, Case and Keyboard cases.

Apple’s growing family of iPads are popular devices for all types of users, not just as the content consumption devices they were originally designed for, but increasingly for content creation and enterprise as a BYOD (Bring Your Own Device) option.

iPads have the advantage of the largest library of apps and games, have some of the most impressive cameras available on tablets, which makes them popular for users of all types.

iPads have been following the yearly, “thinner, lighter, faster,” mantra. Apple continually improves specs and features while pushing the envelope on industrial design, shaving off centimetres and grams with each succeeding generation.

While thinner and lighter are great, there’s a valid concern that structural integrity and durability can be compromised. I’ve had the unfortunate experience of seeing my iPad mini fly off a table when it was charging when my young son suddenly pulled the charging cable.

It all happened too quickly, next thing I knew was the iPad mini had fallen to the ground and while it miraculously didn’t shatter, it has a permanent dent in one of the corners.

BLOK has your iPad covered 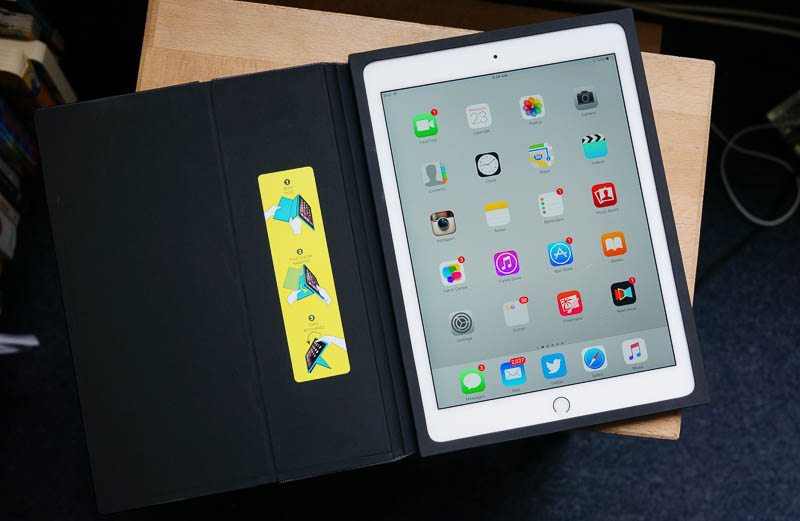 Logi’s new BLOK line of iPad cases offer complete and extreme protection for all existing iPad Air and iPad mini models. Unlike other cases which simply serve as covers, the BLOK series of cases actually cocoons the iPad and provides 360’ protection and integrates crumple zones.

BLOK cases may seem rather, blocky but there’s a good reason for this. BLOK reinforces the weakest part of iPads (the corners) by making the square corners with a polymer structure that offers shock absorption and protection for the most fragile areas.

What this means is that iPads protected by the BLOK cases can survive drops from 1.8 metres on surfaces as hard as concrete.

What I found remarkable was that while it offers a high level of protection to all the iPad’s corners and even the glass display, the BLOK cases don’t add too much weight to the whole package.

Logi’s managed to find the right type of polymer that’s sturdy, tough yet lightweight. So while it does add some weight and bulk, it’s well worth It if ever your iPad accidentally takes a tumble. 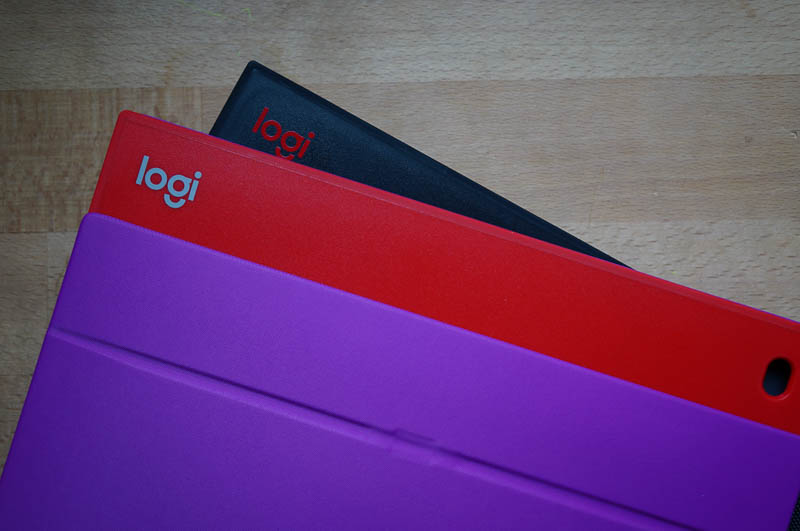 Understanding that one case does not fit all users, BLOK is available in three variants. A Shell, which really protects the iPad but doesn’t come with a folding cover, a Case which integrates the Shell with a pliable cover that allows you to prop up the iPad in various angles for viewing, and a Keyboard which integrates the Shell with a kickstand and a full-QWERTY Bluetooth keyboard.

This means that protection across the different BLOKs is consistent, the only difference being the type of functionality these cases can offer. 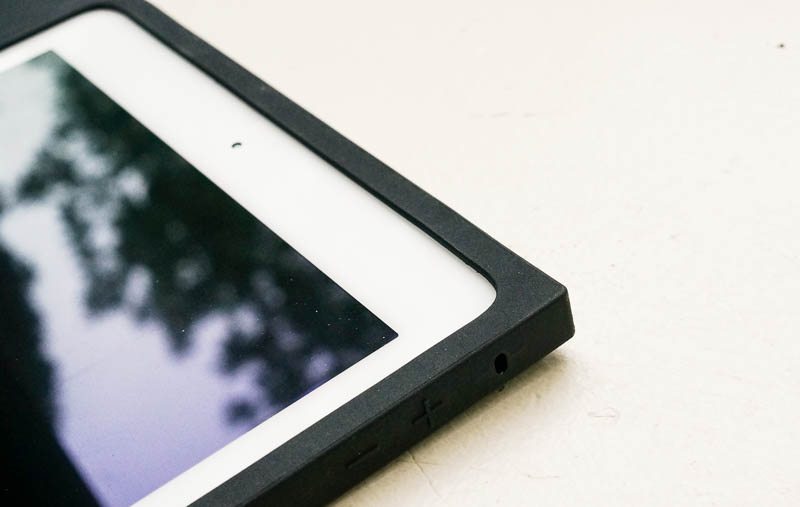 The most basic Logi BLOK Shell offers the same degree of protection as the Case and Keyboard variants but doesn’t come with a cover for the display although Logi does provide a plastic screen protector.

Ideal for users who carry their iPads everywhere, the Shell always has the display exposed and ready while it covers and protects the rear, all four corners and the sides which can protect, contact and absorb impact.

The BLOK Shell may be a great case protector but it also has easy-access ports for access to headphone and the lightning connector port, plus the power and volume buttons, which are surprisingly easy to toggle despite the thick protective layer.

The BLOK Shell is available for the iPad Air 2 and iPad mini 2 and 3 and come sin black and teal. 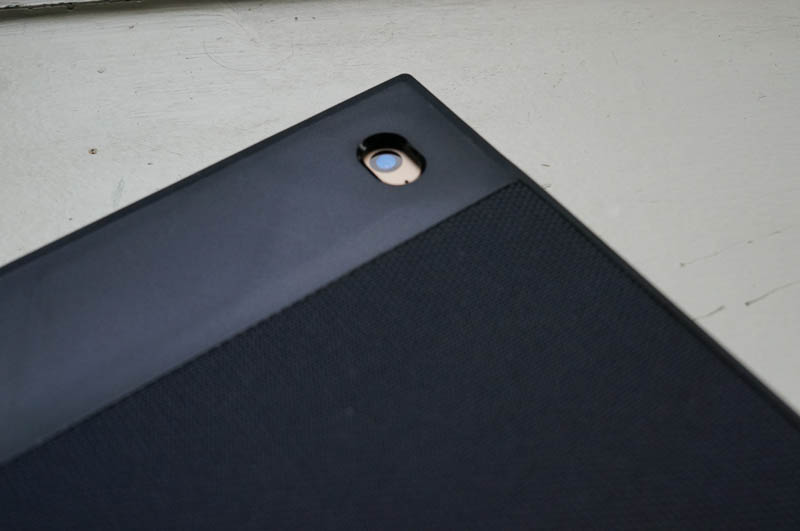 The BLOK Case is the variant I think that most people will gravitate to since it has all the features of the Shell but has the added convenience of a cover that also performs double duty as an any angle stand. If most of what you do on your iPad is watching videos or playing games, then the Case is your best option for protection and for carrying around. 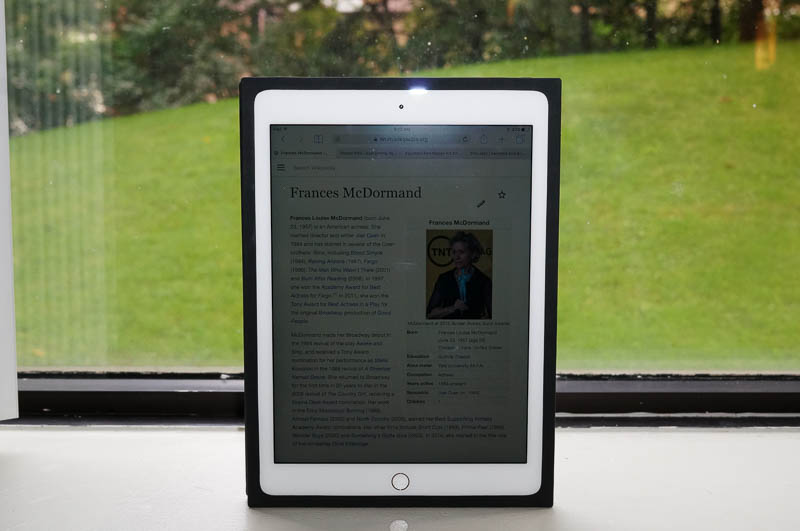 Just like the Shell, you get complete protection and shock absorption qualities, but now also have a magnetic cover that also doubles as a stand.

The Interesting thing about the stand is that if feels rigid but is pliable with some force. I thought I might be damaging the stand by bending it, but was able to get it back into its original position quite easily.

The advantage of this rigidity is it offers  a 50-degree angled hinge that gives iPads great support with no possibility of tipping over.

I often cook with my iPad open in the kitchen and read the recipes or videos directly. Using other cases, this wasn’t always ideal because they were floppy or easily collapsed. The BLOK solution stays at attention as long as you need it to. 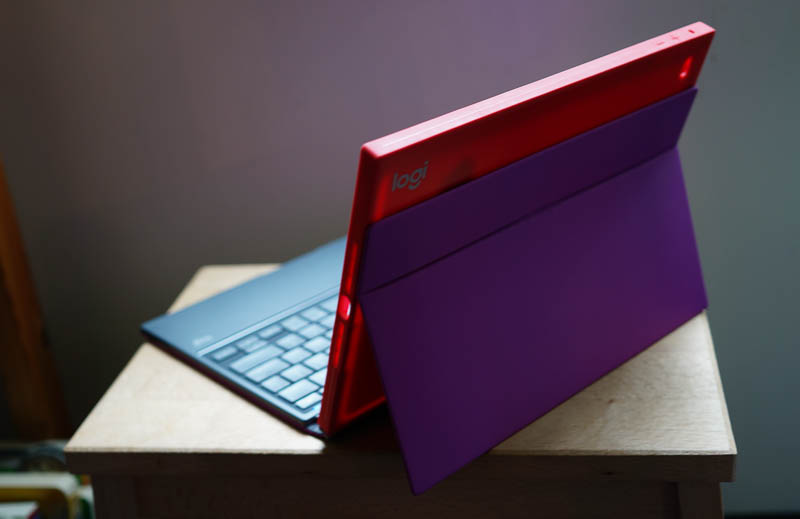 Incorporating the Shell plus some of the kickstand aspects of the Case, the BLOK Keyboard is the ultimate case/protector/keyboard combination available for the iPad.

The Bluetooth Keyboard sits pretty flush as the case cover when closed, the relative thinness makes it look like any old iPad case but what it offers is much more.

When deployed, you can use the Keyboard connected to your Shell or, if you prefer, separately. This puts some distance between you and the iPad while typing, which some users like.

This combination is exceptionally versatile because you can choose to carry just the case, the case and keyboard together or separately.

Best of all, since this is a Bluetooth case, you can still type even if the iPad is reasonably far from the keyboard component. The keyboard connects to the case magnetically. It is quite similar to what we’ve seen with the Microsoft Surface and the Type Cover. 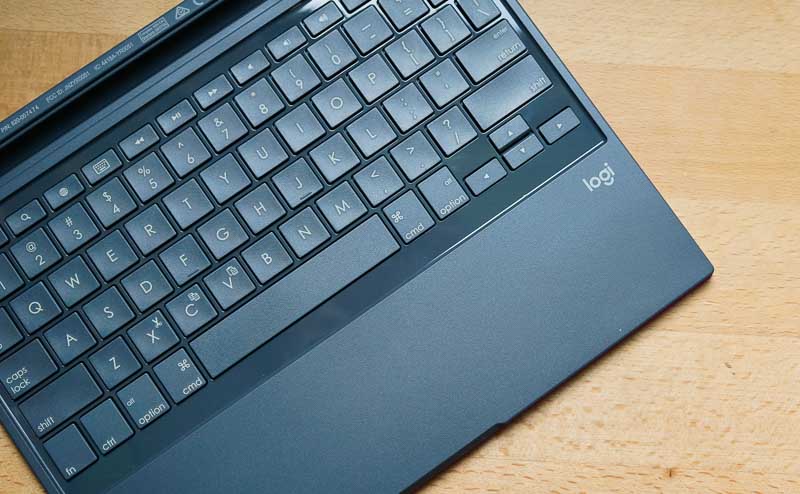 Logi has taken on the challenge of providing all-around protection for the iPad while being careful not to weigh it down. The BLOK series seems to do the job quite well and manages to add some functionality that users will appreciate.

Inserting an iPad Air 2 into a BLOK case isn’t easy as it is a very tight fit, but you know that once you’ve managed to nest the tablet in its BLOK, it will be properly cocooned from any harm should it be dropped. The polymer used by BLOK is sturdy, yet surprisingly light weight, which makes it stand out not just in terms of function but of form as well.