Today I review Tochie, a personal voice aide enabling reminder support and social connection. I received this device a few days ago and have been giving it a look so I can report back to you. Join me below as I go over the Tochie’s various features and specs, show a few photos and a brief video overview, and ultimately let you know what I think of the Tochie after a little bit of testing and use. I think that some of you might find this device useful.

But before we get into the body of the review, why not take a quick minute to watch my brief video overview? In it, I show the Tochie up close, demonstrate how it works, and give a few general thoughts on my experience with this device:

What’s in the Tochie box?

The Tochie Personal Voice Aide is a small device in a small box with very few bits and pieces to confuse users and potentially get lost. All there is is the Tochie device itself and a USB power cord with 5V wall plug (shown below), plus a small instruction sheet to help you get started.

The purpose of the Tochie is to provide a convenient point of verbal social contact between family members that don’t live in the same home. Its potential use cases involve things like sending friendly reminders to elderly parents still living in their own home to remind them of important things like upcoming medical appointments and to be sure to take their daily medications. These messages are in your voice, so as to be more comforting to the receiver.

Messages and reminders are set in the remote user’s app via their smart phone, and they play on the Tochie device itself when you want them to play (thanks to their remote message recording and scheduling feature). Of course, these suggestions are only the most obvious examples—you can literally set unlimited reminders or other messages in any language you wish. I recently wrote a blog article entitled Introducing the Tochie Personal Voice Aide with additional use-case examples and product details.

Among the Tochie’s key features and specs are Wi-Fi connectivity (at 2.4 GHz), a built-in 3W speaker, and compatibility with both Android and iOS based smart phones (more on that later). The Tochie measures just 71 mm in diameter with a 48 mm height and 200 g weight. Its exterior is made from a lightweight aluminum alloy, and it feels very sturdy and solid to the touch. Although the one I have in hand is the rose coloured version, the Tochie also comes in gold as you can see in the second photo down from here.

Testing the Tochie was easy and fun—at least for the most part. However, I did have one issue with connecting it to my phone. I use a Samsung (Android) Galaxy S9+, and when attempting to pair the Tochie to my device, the phone could just never find the Tochie. I tried every troubleshooting method I could think of to rectify the situation, but nothing worked. I ultimately had to give up and try my wife’s iPhone instead, which not only worked on the first attempt, but somehow ended up giving my phone access to the app and all of its features as well.

This is not the first time I have encountered the same issue when trying to pair a new smart device to my Samsung phone, so it’s likely an issue with my specific phone.

Editor note from Martin Renaud, Blog Editor in Chief: I tested this same device after receiving it from Leo and had no issues. It connected immediately to the app on my Galaxy Note10, and allowed me to use all of the features in the app. The issues experienced by Leo seem to relate to his phone and not the Tochie device.

Beyond this one problem, I found that the device and app do exactly as they are intended to do. You can record and schedule messages to your loved one(s) from wherever you are (via the app) and have them receive the message where they are. All it takes is 2 quick taps of the speaker for the recipient to acknowledge your message. Beyond that they need know nothing of the device or technology in general other than that it will sometimes give them friendly messages from you in your own familiar voice.

We tested the Tochie pretty quickly here in my home, with my wife leaving me a few funny and sarcastic messages just to see how it would work, and it worked just fine. I also asked her if she would consider using one of these for her own aging family members, and she said she would whenever the time was right. Similar to her, the family members on my side are not in a position where they’re forgetful about things like taking medications, so I have no personal use cases for a device such as this at this time. Even so, I can certainly see where others might have use for it and can recommend it as a helpful device for anyone that might need it.

Final thoughts on the Tochie

What did I think of the Tochie overall? Well, I liked it very well for someone else, but not for myself. It’s not that I have any significant complaints about it (beyond the setup issue discussed above), but it’s just not really something I need right now. You, however, may be another story? If you have someone in your family that you want to be able to provide a better level of care for, the Tochie might just be the thing for you if you can’t always be right there with them in person. It works well, provides features that could be extremely useful given the right set of circumstances, and is relatively easy to use once connected. It’s definitely worth a look if you fit its target audience. 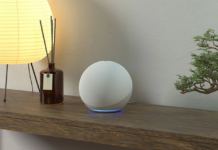