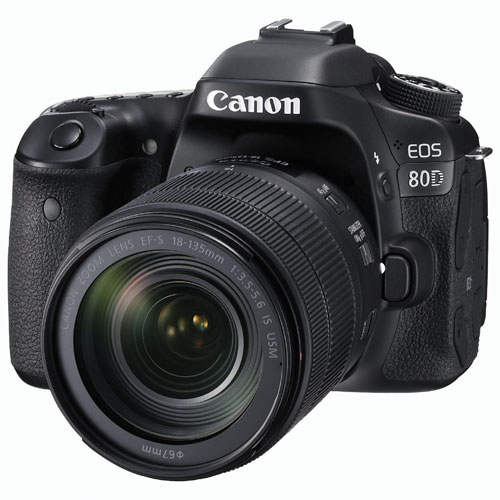 Photographers are notorious for their love of new gear and new technology. When two photographers meet, they’re more likely to talk about their gear than what they shoot with it. There’s even a term for the compulsion to buy new stuff; it’s called GAS, Gear Acquisition Syndrome, and it is, unsurprisingly, the source of a great deal of buyer’s remorse. Personally, I exorcised my GAS a long time ago. But the “new stuff tingle” still gets me every time my editor sends me a camera to review.
And so I was very excited to get my hands on the new Canon 80D last week. I hid it well in the unboxing video below. To be completely honest, that was the second take—I was a little bit excited in the first take!

New Sensor
The 80D is Canon’s latest model aimed at the consumer market. It carries an APS-C sized sensor, which is smaller than the full-frame sensor preferred by professionals. It does have a brand new sensor however, with the expected boost in low-light performance, but also touted as having a greater dynamic range (you can read more about dynamic range in this post).

Touchscreen
It also has an enhanced autofocus system, to give you greater focus speed and accuracy. It has a very nice articulated (or “Vari-angle”) touchscreen LCD, which is for me the headline feature, because it can fundamentally change the way you shoot.
Canon definitely had the video shooters in mind when they designed the 80D. The Vari-angle touchscreen is a huge advantage, and it has a mic input and a headphone jack which allows you to monitor your audio as you shoot. It’s interesting to note that none of Canon’s full-frame “pro” cameras has an LCD screen like the 80D. I’m curious to see if that will change in the future.

Check out the video below. There are three slo-mos, the first is 30fps slowed by 50%, the other two are 60 fps slowed by 50%. I think you’ll agree the difference is pretty dramatic.

In-camera Processing
As a camera aimed at novices and enthusiasts, the 80D has a host of in-camera processing and editing features, and there are a batch of creative filters that you can apply to your photographs, which is cool, especially if you’re travelling and want to edit on the go. I would like more control over the filters though, and also the ability to make simple changes to the exposure and white balance. Also, with a touch screen you could theoretically make localized changes, like brightening certain areas and darkening others. I’m sure we’ll see this type of feature in future releases.
With video, you can’t process it in-camera in order to change the look, but what you can do is shoot 4 second snippets and splice them together to create a movie. I think this is an awesome feature, because it means you can create quick videos to share without downloading and editing on your computer.

Wireless Sharing
Speaking of sharing, the 80D is great for sharing your photos and videos. It has Wi-Fi and NFC capabilities, and when combined with the Canon Connect app, you can have your stuff online in minutes. Now I have to be totally upfront here and say that I have yet to use a camera where theWi-Fi sharing feature was flawless; there’s inevitably some quirks with making the connection, but once you understand these you learn to accept them. I can’t comment on how well the NFC works because I don’t own an NFC device.

Remote Shooting
The other great thing you can do when you connect to your smart device, aside from view, rate and download your files, is operate your camera remotely. And this is not just limited to the shutter release, you can also change your aperture, shutter speed and ISO. You can even change your focus point! Very, very impressive. And all of this applies equally to video. 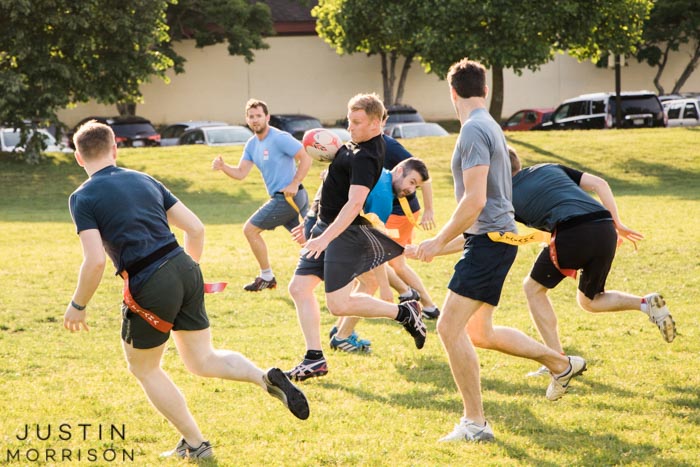 Real World
I decided to give the 80D a proper test run by using it on a real headshot shoot. Despite having a smaller sensor size, I feel that a 15” x 22.5” image (at 240ppi) is more than adequate for my client’s needs. I used my 50mm lens, which is not a focal length I would normally use for headshots, but it becomes the equivalent of an 80mm lens when mounted on a camera with a cropped sensor. 80mm is a great focal length for photographing people—very flattering.
One of the things I wanted to do was to photograph my client without him looking straight at the camera. I was able to accomplish this by putting the camera on a tripod a little to my left and asking my client to look directly at me. I was actually able to focus and shoot at the same time simply by tapping my client’s face on the screen. I could also have done this with the app. Those are really cool features, and I wish I had them on my “pro” camera.
When I looked at the results and compared them to headshots taken with my ‘pro’ camera, I could tell the difference when zoomed in at 100%—the files from my camera were cleaner. The files from the 80D had a little bit of noise, even though I shot at ISO 100%. Nevertheless, I absolutely believe you can make professional quality images with the 80D. For me, image quality is something that’s not really worth sweating over nowadays, mostly because it’s very high in all new cameras.

Conclusion
The 80D is by no means a game-changer, there’s no truly stand-out features, like in-camera image stabilization, but there are enough new features to make this a very enticing camera, and one that I wouldn’t think twice about recommending.