Smartphone cameras sometimes need a literal helping hand, and that’s where DJI’s new OM 4 gimbal can step in to be of service.

DJI’s Osmo Mobile series of gimbals have steadily improved, and that opens doors to better creative pursuits. It’s one of those agnostic products that you can appreciate for its relative simplicity, despite seeming complicated. This latest model is a solid effort by what’s becoming a very reputable brand in this category.

DJI is also changing the nomenclature with this gimbal, as the box is emblazoned with OM 4, rather than Osmo Mobile 4. For that reason, I’m going to use the newer term throughout the review to make it clear that this is what the product is called.

I actually never got the chance to use the Osmo Mobile 3, so my perspective here is more of a newcomer. What I do know is that DJI made a big difference with that one by introducing a folding mechanism to lower the footprint. That’s still the case here, though I suspect some will love the new colour scheme that goes with it. Rather than black, the OM 4 comes in a light grey that just adds a tasteful elegance to it.

The overall form factor, weight and handle are not all that different from the previous model. DJI didn’t alter much there, but did tweak a few fundamentals that are of great importance. First, there is a better 3-axis motor inside that better compensates for movement. Second, the mount itself uses a magnetic system that proves to be one of the best decisions DJI could’ve made.

That system also gives you a choice on how you want to mount your phone. You can use the clamp or apply an adhesive with a magnet on the back of the phone and forget the clamp altogether. I opted for the former over the latter because I just felt more comfortable with the clamp being there.

There are advantages to not using it though. With an unfettered setup, it’s easy to control the phone’s volume, and there’s no issue with balancing. In other words, if you angle the phone in such a way to avoid the clamps hitting buttons on the side, you may end up with an imbalance warning that stops the gimbal from setting up.

There are some new features in the DJI Mimo app that I’ll touch on later, but in any case, the design here is well thought out.

Holding and controlling the OM 4

Every pair of hands differs, but I don’t think it’s a stretch to say the ergonomics will work for most. The handle is well-built, with a nice enough grip to keep it steady and not tire out by squeezing too hard. The buttons are also easy to get to, and most of the controls are simple enough to remember.

Double-click the trigger button to re-centre the phone and mount. Do the same to the ‘M’ button to orient between portrait and landscape. The directional pad can manually adjust tilt and pan. The basics behind the controls aren’t radically different from before, but I liked how responsive they were.

I wasn’t thrilled with the tripod DJI includes in the box because it’s really only designed for one angle. Open up the legs completely, and it gives the OM 4 enough stability to stay upright. I get the premise, but if it were a sturdier one made of better materials, it would make it easier to use in a stationary way.

There is a standard screw mount underneath the OM 4’s handle to mount on any other tripod, so it’s not a deal-breaker. Stationary use does really matter, though, because it’s one of the easier ways to capture action or movement. Not to mention panoramas or timelapse video.

The Mimo app is relatively straightforward, but is, in effect, the gimbal’s true instruction manual. When you first open it up, it will pop up explanations for the various modes and features. If you’re new to gimbals, you would be wise to do the tutorials and see how they work, but much of it is really about experimentation.

Shooting with the OM 4

Like the Mimo app of the past, to lock onto a subject, you draw a square on the screen to focus on it. It then moves the phone any which way to stay locked there, no matter what angle you move to. The key, of course, is that the motor compensates for all your movement to maintain smoothness throughout the scene.

At its base level, any novice could get great results from the first few attempts. So, for example, if you drag your finger on the screen to draw a square around a toddler or pet, and then start moving around them, you would come up with some decent footage. Plan it out a little more, and you could get something even better.

That’s kind of the creative point behind using a gimbal like the OM 4. You worry less about being steady and more about how you can capture something more dynamically. I didn’t get to test it out with any real fast action scenes, like sports or vehicles, but it did fine sticking with people who were walking or jogging.

Some of Mimo’s modes are a bit gimmicky, however. The Story mode is neat conceptually, but with limited customization. DJI throws in the taglines, transitions and music to help you, though I saw no option to strip those out and use my own.

Dyna-Zoom is another one that is an acquired taste. It tries to combine digital zoom to simultaneously zoom in and out for a kind of parallax effect. You may have seen it before in Alfred Hitchcock films (or the movie Jaws), and is known as “dolly zoom.” It’s interesting, but needs work here.

There are a few points to consider when it comes to what phone you use. I mentioned button placement with the clamp earlier, but I should also talk about cases. If you’re using a thicker case, you will probably have to take it off to use the OM 4. The clamp’s arms aren’t especially wide, so it’s less likely they will be able to hold onto cases like that.

I was fine with a thinner case on my Google Pixel 4a, but not as good with a medium-sized one on an iPhone 11 Pro. Bigger phones without cases are fine. I had no problem with a Samsung Galaxy Note20 Ultra, for example. And the clamp is really sturdy, so at no point did I feel like the phone would fall right off.

Bear in mind, also, that DJI’s Mimo app won’t utilize everything your phone’s camera offers. I wasn’t able to get it to use the telephoto lens, and certain features won’t be available. For example, if a phone shoots at 108-megapixels or in 8K video, like the Galaxy Note20 Ultra does, I couldn’t access those things through Mimo. The same goes for Night Sight on the Pixel 4a. DJI’s app is awful for night photos.

That’s only a problem if you are looking to shoot in a specific way. If not, you still get 4K, 1080p and 720p video resolution at 30 or 60fps. One way to improvise is to use the phone’s camera app and manually control the gimbal’s movement with the onboard controls.

There’s always something to discover with the OM 4, and I will very likely update this review over time as I find new things to do. For anyone on the fence about getting a gimbal, this is a great place to start. It reduces the intimidation factor significantly because the setup is so straightforward.

Is it worth upgrading if you already have the Osmo Mobile 3? My sense is that there’s not enough of a change to warrant it, as I think DJI’s aim was to bring in newer users. The new features in Mimo will be available for the Osmo Mobile 3, so it’s largely a hardware difference between the two. Even the 15-hour battery life stays the same. 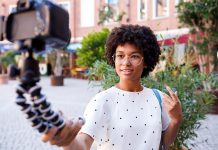 Should you buy a mirrorless camera, a DSLR or point and shoot camera? 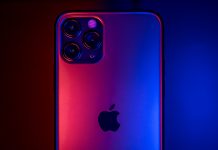 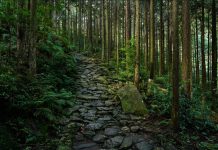 Photo 101: how to shoot in low-light situations