The Sony ZV-1 is the latest camera from one of the top camera manufacturers in the world and it has been designed specifically with vloggers and content creators in mind. The ZV-1 shares a lot of features with the awesome RX100 cameras (Check out my review of the Sony RX100), but Sony has also incorporated a host of interesting new features just for video content creators.

The ZV-1 comes with a 1 inch, 20.1 megapixel sensor and a fixed 24-70mm equivalent Vario-Sonnar T* lens with a maximum aperture of f/1.8. As well as the shutter release button there is also a dedicated video record button on top of the camera, and this proved to be very handy as I shot my pieces to camera for the video review. The vari-angle LCD screen is also a great feature when you’re in front of the camera as you can easily see how your composition looks and whether you’re centered in the frame. The LCD is also a touchscreen, but it’s really only useful for changing your focus point. I was disappointed that I couldn’t use it to change my settings while I was in front of the camera. It was very bright while I was outside shooting with the ZV-1; I had trouble seeing the LCD screen. So, I connected the camera to my phone using the Sony Imaging Edge app—this worked really well.

Another unique feature of the ZV-1 is the defocused background or bokeh mode. Blurring out backgrounds is a great way to make subjects pop, but it requires an understanding of apertures, and Sony has cleverly decided to spare ZV-1 users the need to learn all that technical stuff. The fact that you can easily control this setting from in front of the camera is great too—there is a button to switch it on and off right on top of the camera. I have to admit I didn’t get great mileage out of the feature however, as you’ll see in the review video. It should be noted, however, that it will probably work better in lower light situations where there is a somewhat busy background, and good separation between subject and background.

You’ll notice from the photo above that the placement of the hot-shoe on top of the camera is a little bit unusual, as it’s normally centered. In order to capture better audio, Sony has placed a large, three-capsule mic top and center. I think this is a great decision and I definitely feel that the results are all the better for it, however I think if you are a serious vlogger or content creator you’re still going to want to invest in a separate video mic. I used the on-board mic exclusively for my review video so make sure you check that out for yourself. The ZV-1 also comes with a windscreen that fits right into the hot shoe and can make a big difference on windy days. I tried it out on a very windy day, and while the audio wasn’t great, it was still usable, and a hundred times better than what I would have got without the windscreen.

Sony really wanted this camera to work well for vloggers of every hue and skin tone, and so they worked hard on their color science (whatever that means) to make sure that no matter your skin color the ZV-1 will capture it accurately. They also included a skin softening feature which you can set to low, medium or high. I didn’t get a chance to try out the camera on a variety skin tones, but as you’ll see in the video the skin softening feature made a noticeable difference, without making things look funky or weird. While a feature like this won’t get the gearheads excited, I think the vloggers will eat it up.

Stabilization is a feature that Sony has led the market with by adding it to all of their latest camera bodies, and so it was no surprise to find it included in the ZV-1. For me this has become a must-have feature, and it was one of the reasons I decided to switch from Canon to Sony when I bought the a7 III. As you’ll see in the review video, I didn’t realise that image stabilization is turned off by default, so when I started shooting the footage I got was super shaky. Turning on the image stabilization made a huge difference though. It’s not the same as using something like a gimbal however so don’t expect too much from it.

Check out my review of the Sony a7 III

As an accessory to the ZV-1, Sony also has an excellent handgrip/tripod which is a powerful add-on. It works so seamlessly with the ZV-1 that I didn’t even need to pair the two in order to get them to work together. The grip has some handy control buttons on it including a video record button, a photo button, a customizable button and a lock button. It also allows you to zoom the lens in and out. Although it might look like one of those handheld gimbals, it does not offer any additional stabilization.

Sony has made a serious effort to ensure that the ZV-1 is as user-friendly as possible, but you have to keep in mind that Sony cameras are generally tech-heavy and a bit of a slog to get used to. In fact it’s a running joke among enthusiasts just how unintuitive Sony’s menu system is! At least they are consistent in employing virtually the same menu system across all models, including the ZV-1. If you are a serious enthusiast, or even a pro, who likes to get under hood and take full control of your settings you can do that with the ZV-1. You can shoot photos in manual mode, specify video frame rates, resolutions and color profiles, and even shoot with manual focus, although I found this a bit of a stretch as there is no actual focus ring on the lens.

Is this the right camera for you?

I think Sony have made a very smart move in creating a camera dedicated to vloggers and content creators; after all, “influencer” is one of the preferred career paths of many school-leavers nowadays! The Sony ZV-1 is a well thought-out, well-designed camera with an excellent feature set that will capture excellent footage whether ‘run-and-gun’ style, or with a little extra production effort.

Check out the full range of Sony digital cameras available at BestBuy.ca 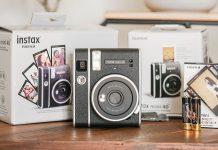