[Editor’s note: this review was made possible with the support of our partners at Ultimaxx that provided the camera to us for this article. For more details about Ultimaxx check their full assortment at Best Buy.]

The Canon EOS 5DS is a very high-resolution DSLR camera with a full-frame sensor packed with a whopping 50.6 megapixels. This is not a camera for your average enthusiast, it is designed for a niche of photographers who need very high levels of fine detail in their images.

Comparing the EOS 5DS and the 5D Mark IV

In terms of specs, the 5DS has a lot in common with the impressive 5D Mark IV that I reviewed recently, although there are a number of noteworthy differences. For example, the 5D Mark IV has a touchscreen, which made me very happy. Unfortunately the 5DS does not. It also lacks Wi-Fi connectivity, another feature that I really like. The 5D Mark IV shoots 4k video while the 5DS can only shoot full HD.

Another major difference is in the maximum ISO. While the 5D has a maximum ISO of 32000, the 5DS has a maximum ISO of just 6400. This is a direct result of packing all those extra pixels onto the sensor. When pixels are tightly packed they tend to cause interference to each other, and this becomes particularly evident at higher ISO numbers.

Who is the 5DS DSLR Camera for?

I have to admit I was kind of perplexed by the features the 5DS lacked and I had to wonder—who exactly is this camera for?

It seems to me that this is a camera for the fine art photographer who wants to make very big prints and is likely to be shooting landscapes with a tripod. Or the commercial photographer who likes to provide clients with big files so that they can create large format posters for advertising. It’s also a good camera for studio shooters using lights who don’t need to worry about low-light situations where a high ISO setting is required.

So let’s talk about file sizes. The 5D Mark IV creates a file that is 6720 pixels by 4480 pixels, while the 5DS creates a file that is 8688 pixels by 5792 pixels. In terms of inches, you’re looking at 28″x18.667″ versus 36.2″x24.133″. That’s at 240 pixels per inch (ppi), and obviously those dimensions change if you change the ppi to, say, 300 for example. Nevertheless you can see that it’s a pretty significant difference. And you can easily increase the size of the files by upscaling them. I’ve printed a canvas that is 5 feet by 3.5 feet with a file from a 5D Mark II and it looks great. I’m sure you would get an even better print from a 5DS file, meaning you would see better detail up close.

In terms of megabytes, you’re also going to notice that the 5DS files are noticeably bigger. For example a typical 5D Mark IV file might be around 34 MB, whereas a 5DS file is more like 56 MB. So if you’re shooting at maximum quality you’ll fill up that memory card quicker than you expect. There is the option to shoot lower quality RAW files or even JPEGS if you need to. The 5DS also allows you to shoot in one of two cropped modes, which capture a less than full-frame view and create proportionally smaller files.

I thought it would be helpful to shoot some comparison shots with different Canon cameras to show you exactly what to expect from each. First of all, let’s compare the 5DS to the EOS 80D. This will give you an idea of the difference between shooting with a full-frame sensor (the 5DS) and a smaller APS-C sensor (the 80D).

As you can see from the above images, the full-frame sensor captures much more of the scene than the APS-C sensor. But I was curious to know what the difference would be if I cropped a portion of each image at 100%.

As you can see again, more of the scene has been captured by the 5DS, but in terms of image quality, I’m impressed that the 80D can hold its own. It even appears to be a bit sharper, but this may well be a result of a slight movement of the 5DS during the exposure which would cause some blurring.

Read my review of the Canon EOS 80D

For my next experiment, I decided to shoot the same scene with the 5DS and the 5D Mark IV.

As you can see, the photos look almost identical. The difference becomes obvious when you zoom in to 100% however.

Other notable features of the 5DS

Let me just mention some of the other interesting features of the 5DS:

I’m afraid I can’t get too excited about the Canon 5DS, particularly as I’ve just recently reviewed the 5D Mark IV which is an absolutely outstanding camera. If you’re a photographer who needs the additional resolution that the 5DS offers, I do think it’s worth knowing in advance the trade offs you’ll be making.

Click here to check out the full range of DSLR cameras available at BestBuy.ca 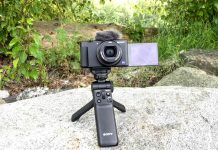 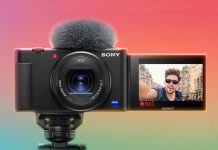